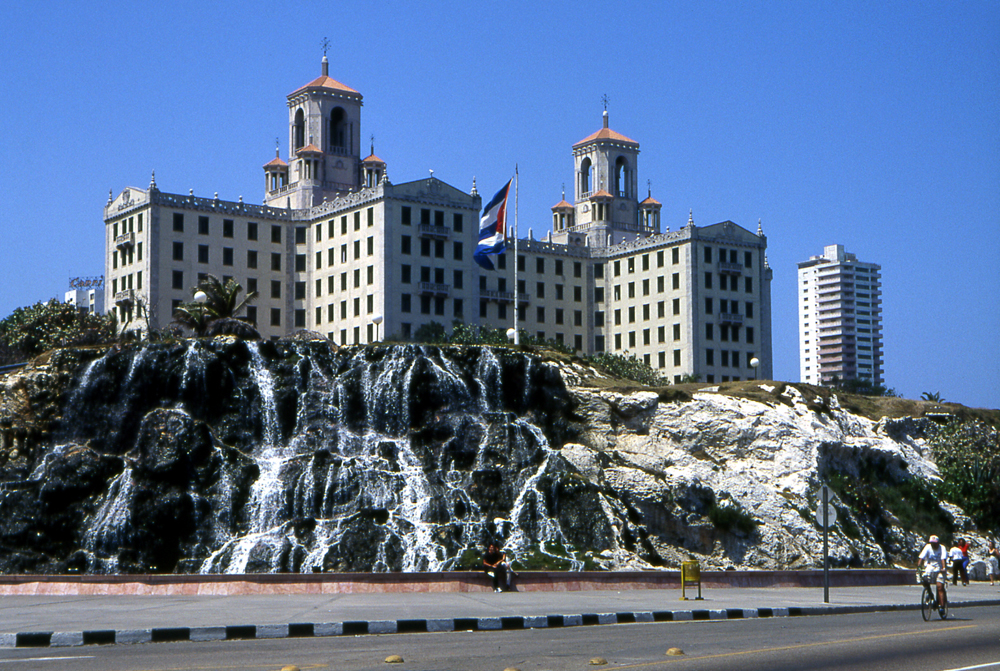 Consider this interesting fact. Fidel Castro was the leader of Cuba from 1959 to 2008 and died in 2016. He outlived Eisenhower, Kennedy, Johnson, Nixon, Ford, and Reagan. The CIA attempted to assassinate Castro no less than seven times during the Eisenhower and Kennedy administrations, with Castro claiming there were 25 failed attempts on his life. That doesn’t even count the numerous times during Castro’s youth he needed to flee Cuba because someone wanted him dead.

During this long road, the United States first backed the Fulgencio Batista government, growing further dissatisfied with his heavy-handed, dictatorial style. Batista was a monster that employed military action, extrajudicial execution, torture, and wholesale slaughter of villages to maintain power. As his grip on Cuba loosened, the CIA felt they could win favor with Castro, who they viewed as a socialist they could easily control, versus other potential Marxist leaders.

If you’re not familiar with the story, Castro was a Marxist to the core and hid his intentions well to the Cuban people, his CIA handlers, and his contemporaries. In 1959, sensing that Batista could no longer hold power and fearful it would fall into pro-Soviet hands, the United States government informed Batista they were cutting off military support to his government. Castro marched from Santiago to Havana, and later that year formed a provisional government. Castro then ruled as a bloody dictator exporting Marxist rebellion and guerilla warfare across Latin America, South American, and Africa.

With the rise of Castro to power, he aligned the island nation with the Soviet Union, which built ICBM missile installations just 90 miles from the US mainland. The Cuban Missile Crisis brought the world to the utter brink, with only Russian Commander Vasily Arkhipov refusing to agree with his political officer and the commander of Russian sub B-59  to fire a nuclear warhead armed torpedo at the US naval forces on the surface. The sub, under depth charge attack, was not aware that only training depth charges were used as an attempt to force the ship to surface. As luck would have it for future generations, B-59 was the only Russian submarine in the theater that required three officers to agree to release nuclear weapons – all other subs just needed two.

The Cuban people have suffered under Castro in many ways. With the 1991 Soviet Union collapse, the belief was that the Castro problem would solve itself. Instead, Cuba continued largely alone in the world, isolated just a little less than North Korea. The two key metrics where Castro’s legacy can have any bright lights shone, beyond his amazing ability to survive a world who wanted him dead, is literacy and healthcare. Cuba enjoys one of the most literate populations on the planet, and despite being cut off from most equipment and pharmaceuticals from the United States, has one of the better healthcare systems on the earth. However, the legacy of the healthcare system belongs more to Che Guevera, who didn’t survive the CIA’s desire to see him dead.

It’s easy to lay all this blame at the feet of Castro, Marxism-Leninism, and his bloody regime. Castro was a dictator that committed atrocities against his people and other peoples around the world. You should also never forget that the CIA also trained him, armed him, backed him, and characters such as Frank Sturgis were heavily involved with his movement before his rise to power in 1959. The United States modern meddling in Latin American and South American affairs goes back to the 19th century. From the false flag Spanish-American war of 1898, the formation of Banana Republics in Guatemala and Honduras at the start of the 20th century, the Cold War machinations from Dominica to Peru to Nicaragua, the war on drugs in Columbia, the backing of Jean-Claude Duvalier in Haiti, and more.

If there is anything, we could learn from the Cold War, which the United States won without turning the planet into a radioactive cinder, the easiest way to collapse a Marxist-Leninist government is to export United States decadence to those nations. During the collapse of the Iron Curtain, Romania was the last hold out under the monstrous hand of Nicolae Ceausescu. The Romanian people were permitted the guilty pleasure of watching, “Hotel Dallas,” on TV. Ceausescu believed that the people would scoff at the decadent lives within the United States and galvanize his power. His plan backfired, horribly. Instead, the Romanian people went, “holy mother fucking ass crackers, that is how people live in the west? I want that for me too!” The people revolted, Ceausescu was eventually arrested and executed.

The cracks within Soviet power were sped along by western music, Levi jeans, McDonald’s burgers, and many other consumer-oriented products that made the Soviet population go, “I want that too!” From Bush legs to foreign aid, the United States worked carefully to move Russia to a more open form of government – until Bush (43) and Pooty-poot, but that’s another story.

When it comes to Cuba, the United States continues to follow a policy that has failed to make a meaningful regime change in 60 years. Isolation does not cause regime change; instead, it hardens the resolve of both leadership and the people. We’ve seen this over and over again. It came as no surprise after the Trump Administration came into power that the start of normalizing relations with Cuba took a U-turn. Today the Trump Administration announced that effective immediately, no more cruise ships or group tours will be allowed to Cuba. The policy is stunningly short-sighted and only serves to appease a single county in South Florida, which is becoming decidedly bluer with each passing year anyway.

The US border is seeing an overwhelming number of asylum seekers moving through Mexico to get to the United States. This spike has happened hand-in-hand with the United States cutting off aid to Latin America and Nicaragua falling into a state of near Civil War. Hammer meet nail, nail meet hammer. The black and gray markets in Cuba have operated for decades, many in plain sight, enabling the Cuban people to scrape together a slightly better life. Hotels and sit-down restaurants are scant for travelers, with Cuba instead enjoying their version of Airbnb. A bustling economy, off the books but in plain sight. Naturally reducing the ability of the Cuban people to enjoy the rewards of capitalism will surely help them see the benefits of capitalism.

Donald Trump turns 73 years old this month. It seems likely he will live into his 90s unless his penchant for fast food finally catches up with him. I suspect that without another u-turn in US foreign policy, Cuba will still be an isolated semi-Communist island 90 miles from the United States. Or, it will enjoy the benefits of normalized trade, tourism, and resources with a powerful Chinese-Russian alliance, where once again we’ll be looking at hostile military installations just a short hop from the lower-48. The best way to end the stain of Castro’s grip on Cuba, is to normalize relations and trade.

Theology in the 21st century – the robots are coming