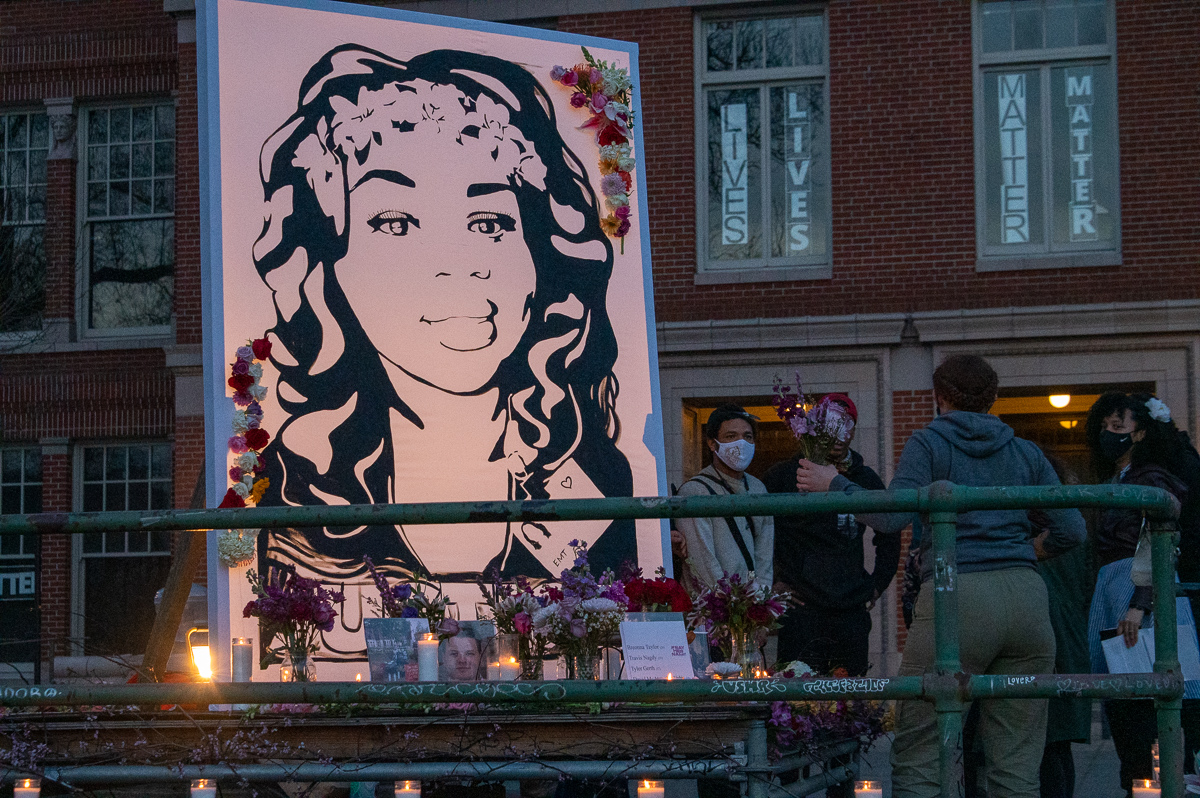 Attorney General Garland said the Department of Justice alleges that the civil rights violations “resulted in Ms. Taylor’s death.” Late on Friday, detective Goodlett announced through their attorney they would be entering a guilty plea on one count of falsifying an affidavit.

The federal charges allege that members of the Place-Based Investigations unit falsified an affidavit used to obtain the search warrant of Ms. Taylor’s home,” Garland also mentioned that the search warrant was sought after, despite officers knowing they lacked probable cause for the search. The investigation into the conduct of the officers found Jaynes and Goodlett falsely claimed officers verified the target of the warrant had received packages with drugs at Taylor’s address.

Detective Goodlett, who was is a member of the Louisville police unit that investigated drug trafficking, and Meany, who supervised the unit, were charged with falsifying an affidavit. Detective Jaynes procured the warrant used in the search of 26-year-old Taylor’s apartment on March 13, 2020. Jaynes and Goodlett are accused of misleading FBI investigators who were looking into the deadly shooting. Former officer Hankison was charged with using excessive force while executing the search warrant in question in a separate indictment.

According to a statement given by Louisville police, Hankison was terminated from the department in June of 2020, and Jaynes was terminated in January 2021. The department also commented that they were looking to terminate Goodlett and Meany. A Louisville Police spokesperson announced on Thursday, “Today Chief Erika Shields began termination of Sgt. Kyle Meany and Officer Kelly Goodlett. While we must refer all questions about this federal investigation to the FBI, it is critical that any illegal or inappropriate actions by law enforcement be addressed comprehensively in order to continue our efforts to build police-community trust.”

Prominent civil rights attorney Ben Crump gave a statement after the press conference, saying it has been a difficult two years since Taylor’s death. “Today was a huge step toward justice. We are grateful for the diligence and dedication of the FBI and the DOJ as they investigated what led to Breonna’s murder and what transpired afterward,” said Crump.

During the fatal early morning raid, officers opened fire, killing Taylor after her boyfriend, who believed an intruder was trying to break in, fired a gun at the door. Attorney General Garland reaffirmed that Taylor’s boyfriend had legally obtained the gun. After he fired and struck an officer, two officers proceeded to fire 22 shots into the apartment, one of which was the fatal blow that struck Taylor in the chest.”

The raid was meant to target Taylor’s ex-boyfriend, Jamarcus Glover, a convicted drug dealer who was not at the apartment. According to Glover, Taylor had no involvement in the drug trade. Garland clarified that the officers directly involved in the raid were unaware of the falsified statements in the search warrant affidavit.

Garland further clarified that Hankison was the sole officer charged with excessive use of force because after Taylor was shot, he moved from a doorway and fired 10 additional shots into a window and a sliding glass door that was covered with curtains. Hankinson was previously charged with endangering a couple and their 5-year-old son in a neighboring apartment on the night of the raid when. He was found not guilty on all accounts in March.

While Breonna Taylor’s death was a horrible tragedy and a prime example of the gaps in the U.S. law enforcement and justice systems, the officers involved will have to answer for their actions in federal court. “There are still so many families who are fighting and praying for justice and accountability in situations where their loved ones were wrongfully killed by the police.” Crump stated, “We need to stand with them, pray with them, and do whatever is possible for them.”