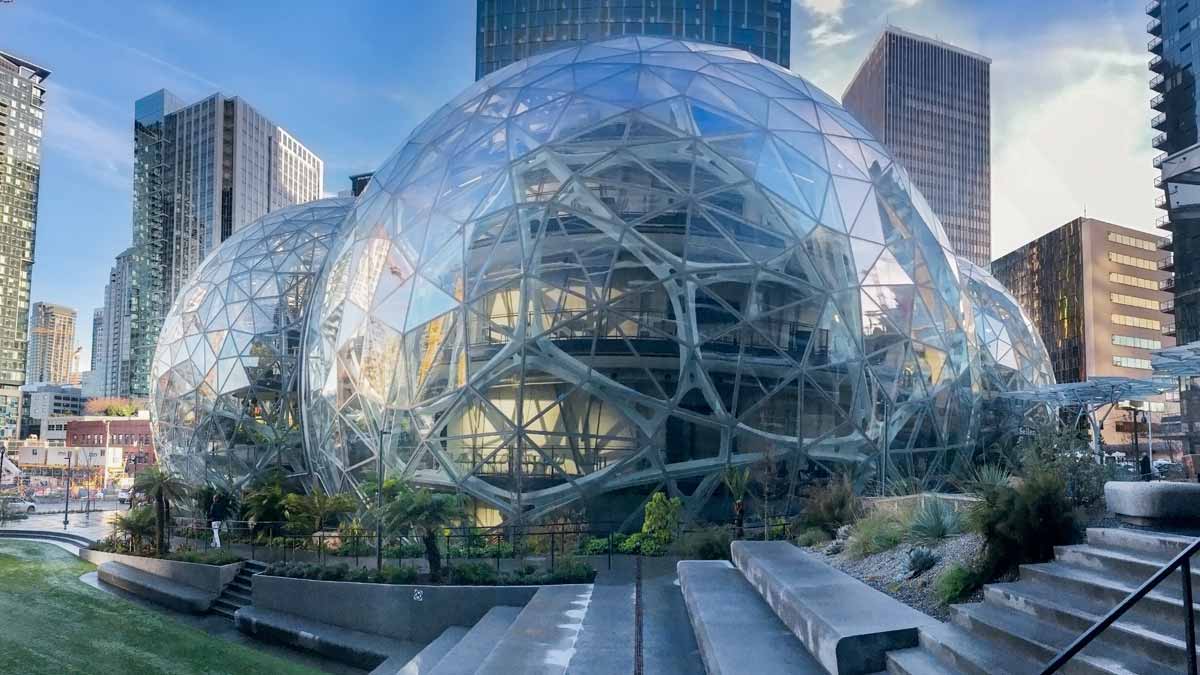 [SEATTLE, Wash.] – (MTN) On Monday, Amazon announced the company was increasing the maximum base salary for full-time corporate offices employees from $160K to $350K a year, citing competitive pressure in a hot job market. A closer look at how Amazon has compensated tech workers in the past finds that the old model no longer works, and probably never will again.

When Jeff Bezos was CEO, the mantra for hiring was Amazon wanted, “missionaries, not mercenaries.” The company hired people who were closely aligned with their company values and who were more interested in the opportunity to work for Amazon, than the base salary and benefits.

In 2021 Amazon lost 50 people at the vice president level or higher, a significant brain drain, even for a company the size of Amazon. Low pay was a reason cited by a number of employees that departed in 2021 and left the company with significant staffing gaps. It is likely that some departures were fueled by Andy Jassy moving into the CEO role. It is not uncommon in the Fortune 100 for changes to be among the executive team with a new corporate leader, even during times of high satisfaction.

Amazon compensates its corporate office employees based on 11 different pay grades. having insight into how those levels work provides a better understanding of why Amazon is having hiring challenges.

For employees at the associate level, L1 to L3 in Amazon compensation speak, the change in the salary is meaningless. The next pay levels are L4 to L6, which is the backbone of Amazon’s engineering, product planning, marketing, and operations. At the higher levels, the salary cap combined with other forces has become problematic. The next group is senior managers, which are L7 to L8, and there is no L9. L10 are vice presidents, L11 are direct reports to the CEO, and L12 is the CEO. In simplified terms, you can think of L1 to L5 as non-commissioned officers in the military and L6 as the start of the officer ranks at 2nd lieutenant. At the top, L12 is equal to a four-star general.

Prior to 2021, the total compensation model worked well for Amazon. An employee would be offered a base salary. For an L6, that typically would be $150K to $160K a year. In addition, the new employee would receive a sizeable grant for Amazon Restricted Stock Units (RSU). The stock would vest over four years but on a schedule that was advantageous for Amazon. If a new employee was offered 600 shares of stock at $500 per share (simplified example) as part of their initial compensation package, the vesting schedule would look like this.

Employees would receive additional RSUs depending on their role, team, and performance that vested on the same schedule. After four years of full-time employment, the packages became extremely lucrative, with multiple grants vesting 20 percent at a time every six months.

To provide a compensation bridge for employees who hit the salary cap, and would derive little to no benefit from the RSU shares until 2-1/2 years of employment, Amazon offered signing bonuses. To keep the example simple, an L6 employee could receive a bonus offer of $90,000 in additional compensation, paid out at $50,000 in the first year and $40,000 in the second. The bonus is guaranteed as long as they stay employed.

Over four years, wrongly assuming our hypothetical middle-manager never received another RSU share or an additional cash bonus, their total compensation would be valued at $1.67 million – $417,500 a year.

The average tenure at Amazon was under 12 months, so many didn’t even make it to the first vesting window for stock. For others, two years was enough, and the pay gap that was created between the second year vest and the start of acceleration was a bridge too far. For those who could thrive in the Amazon work environment, the path to becoming a millionaire was just three to four years away, until COVID arrived.

Since the summer of 2020, the stock has been, for newer hires with visions of becoming a millionaire in under four years, flatlined. The chances that $300,000 in RSUs at hiring will be worth closer to $300,000 four years later has dramatically increased.

There is room for growth. Amazon’s market cap of $1.64 trillion is equal to the GDP of Canada, and several companies, including Microsoft, have reached a $2 trillion market cap. However, the handful of stocks that have reached that milestone, haven’t climbed much higher.

The acceleration of Amazon’s success as an e-commerce platform, an entertainment platform, and a provider of cloud computing services, all fueled by COVID, broke the existing compensation model. Additionally, with many tech companies fully embracing remote work, the competitive landscape to hire new talent also created new opportunities for talent already working for Amazon.

The reinvention of Microsoft and a major change in its corporate culture, along with the presence of tech giants Google, SAP, Facebook, eBay, TikTok, and Apple, have created a cutthroat job market for tech workers. The salary cap at Amazon, a flatlined stock, ethical questions about the treatment of warehouse workers, and a high-pressure work environment has taken away much of the allure of working for the global behemoth.

The high rate of employee churn has created another problem. Thousands of highly skilled workers who used to work for Amazon would never consider returning to Amazon. Within Puget Sound, the pool of available hires has continued to shrink while remote work, and the current tight labor market provides almost unlimited opportunities for anyone who can write code.

Historically, the rewards for the resume and the bank account outweighed the reputation Amazon has for being a toxic work environment. Like other large corporations, what group someone works in and who their managers are, frequently dictated the culture within that team. Land in a team with the right manager, working in the right team, and at the right time, and the professional and personal rewards are great.

The shift in compensation model signals more than just hiring challenges. It is a signal that the days of minting millionaires by the thousands on a yearly basis are coming to an end, and Amazon is moving to what was once called a blue-chip stock.