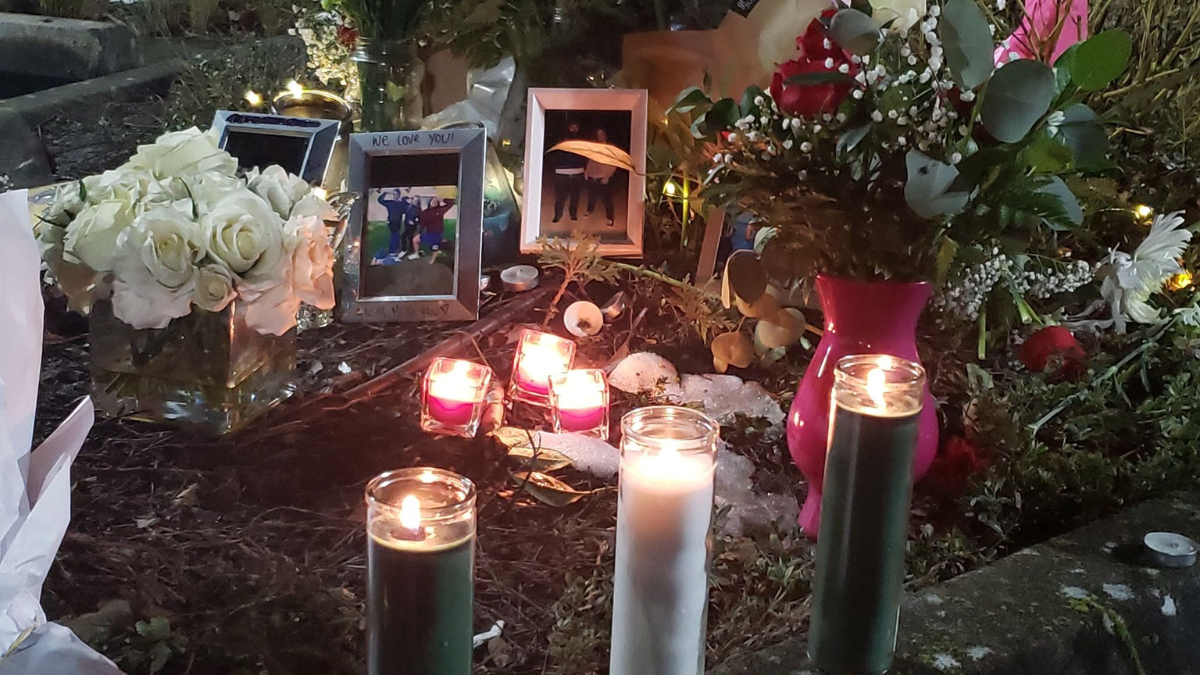 Anais Valencia was murdered in the NAAM parking lot on February 5, 2021

[SEATTLE] – (MTN) Black, religious, and community leaders from across the spectrum came together in a call for an end to violence, being bright in the world, and honoring Anais Valencia. Valencia, just 23-years old, was murdered by Gregory Taylor while he was in a mental health crisis on February 5 in the parking lot of the Northwest African American Museum. During a cool, dry evening with the moon above, religious and community leaders, along with family, remembered Valencia and discussed the tragedy of BIPOC families burying their children due to gun violence.

LaNesha Barber of NAAM, started the words of comfort, “This is a turning point for our community, turning toward the light and a turning toward love. Your presence here tonight begins this turning point.” Seven members of the clergy from Christian and Jewish faith addressed the small crowd as they held candles in the cool evening breeze.

“I think about the power of the cry,” said Reverend Mary Bogan, of the Damascus International Fellowship Baptist Church. “I think about my savior Jesus and his last seven words, and how important it was for him to message the freedom of acknowledging the pain. The freedom of being able to sit with something that is more about the presence of an absence, or the absence of a presence. I thought about what it means to get a call. Deep bonds of love have been torn apart and a community once again feels the stain of violence.”

Reverend Rick Rouse of the Lutheran Church quoted Jimi Hendrix saying, “Jimi Hendrix once said when the power of love overcomes the love of power, we will have peace again.” Controversial figure Virginia Beach of the African American Community Advisory Council spoke of being “exhausted,” from the continued violence, and fighting the sense to quit against the continued strain the Black and Person of Color community faces.

As darkness fell, family and friends gathered around a small memorial in the parking lot of NAAM, just steps from where Valencia lost her life. Later that same night, LaNesha Barber’s words of turning toward the light and love fell hollow on the ground as police shot and killed a man having a mental health crisis on the Seattle waterfront.