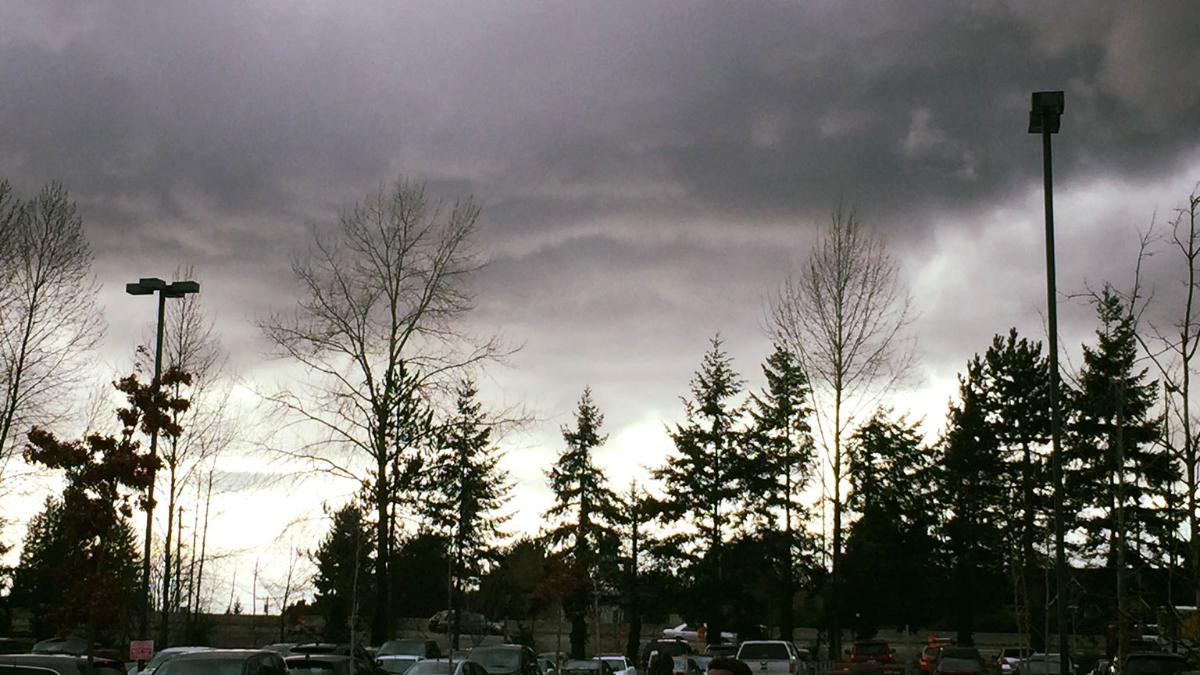 [KIRKLAND] – (MTN) The weather yesterday put on a choose your own adventure show across the region. Torrential rain, gusty winds, graupel, hail, and lightning crashed from black skies followed by periods of calm. Rinse, recycle, and repeat until the evening hours came. The weather may have seemed wild, but it isn’t an unusual March weather pattern. The picture of what is affectionately called a “mothership,” in meteorology? That wasn’t taken yesterday. That picture was snapped on March 6, 2016, in Kirkland!

To produce the wild weather we had yesterday you need moisture, atmospheric energy, and instability. When colder air rides over the top of warmer air, the warmer air wants to rise, and the colder air wants to sink. Throw in our microclimates, terrain, and the Convergence Zone, and you end up with some crazy weather. Warm air rushing up can carry raindrops into the colder air above, which freeze. They fall back down to be carried aloft again and build another layer. Eventually, the frozen raindrops grow so heavy the updrafts can’t carry them anymore, so they fall as hail. The miniature snowballs that fell yesterday are called graupel. Graupel forms when snowflakes at a higher elevation clump together, and are lifted repeatedly by updrafts like hail. The little snowballs reach a weight where they can’t be carried anymore.

Thunderstorms in the Pacific Northwest are unlike those that form in other parts of the country. In the Midwest and even out to the Northeast, supercell thunderstorms can tower 50,000 to 60,000 feet in the air. Here, the Pacific Ocean moderates our temperatures so thunderstorm rarely grow taller than 15,000 to 20,000 feet. The rumbles yesterday were created by the same instability that produced downpours, hail, and graupel. There are exceptions for Pacific Northwest thunderstorm development but they are exceedingly rare. For example, September 8, 2019, had a line of thunderstorms form after dark that would be more at home in Alabama than Washington.

Our bursts of wild lowland weather in March happens because of changing weather patterns as we approach astrological spring (meteorological spring started on March 1) and the Jet Stream starts to shift. The moisture and instability create our wild weather.

Pictures of Mammatus clouds flooded social media yesterday. These formations look like pouches hanging from the sky and are more associated with severe weather in the Midwest. They are formed when cold air is falling and pulls the cloud formations downward.

As for the rest of the week? The weather forecast is calling for normal conditions with highs in the 50s and lows in the 30s. Wednesday will produce a little rain, but no wild weather ahead!

Springing ahead, literally and metaphorically