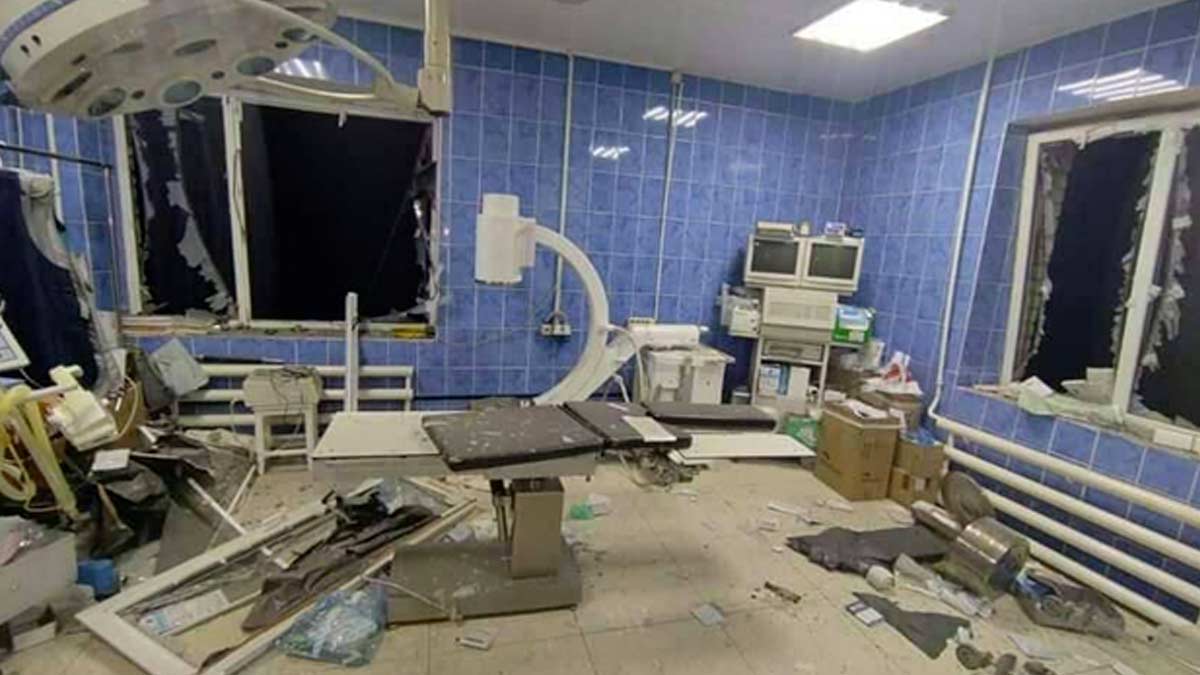 Northeast Donetsk – In northeast Donetsk, Russian forces attempted to advance on Ivano-Daryivka and were unsuccessful, withdrawing through the Spirne no man’s land.

Terrorists with the Imperial Legion and Private Military Company (PMC) Wagner Group temporarily captured Vershyna with the support of Russian artillery and Russia-backed separatists. The force reached Zaitseve but was pushed back into Vershyna.

In the Svitlodarsk bulge, Russian forces attempted to advance on Kodema and Travneve but were unsuccessful.

Southwest Donetsk – Zaporizhia – The offensive west of Donetsk city has become more focused, with Russian forces not making any additional gains in the last 36 to 48 hours. Elements of the 1st Army Corps of the Donetsk People’s Republic (DNR) and the 2nd Army Corps of the Luhansk People’s Republic (LNR) attempted to advance on Avdiivka and Pisky but made no additional territorial gains. They remain on the southern edge of Avdiivka and to the second street in southeast Pisky.

Russian forces attempted to advance further into Marinka but were unsuccessful and withdrew.

A reconnaissance group tried to advance on Novopil on the Donetsk-Zaporizhia border, fired on Ukrainian positions, and was neutralized.

Kharkiv – North of Kharkiv, Russian forces launched a reconnaissance in force group into Dementiivka and were unsuccessful.

Southeast of Kharkiv city, Chuhuiv was hit by at least one Russian missile, causing significant damage to a factory complex.

A video released by Ukraine showed a loitering munition striking a group of Russian soldiers dug in to the southwest of Soldataske. Satellite images showed that Russian forces had dug trenches and built pillboxes for tanks southwest of Pravdyne. Based on this new information, Myrne, Myrolyubivka, Pravdyne, and Soldatske are under Russian control.

Izyum – South of Izyum, a Russian reconnaissance group was discovered in the Mazanivka area and neutralized by Ukrainian forces. Neither belligerent reported additional fighting anywhere else on the axis.

Dnipropetrovsk – Russian forces struck the Zelenodol Power Plant with Smerch rockets fired MLRS destroying two buildings. Additionally, the Shyrokivska and Pokrovska districts of Kryvyi Rih were hit by rockets fired from MLRS. There were no casualties in the attack.

Russian forces targeted railroad infrastructure in Hrushivka, damaging the tracks. This attack was likely made to interdict equipment and personnel massing for the Kherson counteroffensive.

Sumy – Dmytro Zhivytsky, Sumy Regional Administrative and Military Governor, reported that Esman, Bilopillia, and Khotin were shelled by mortar and artillery fire. There were no details on casualties or damage.

Chernihiv – The General Staff reported Senkivka and Lypkivka in the Chernihiv oblast were shelled. There weren’t any additional details.