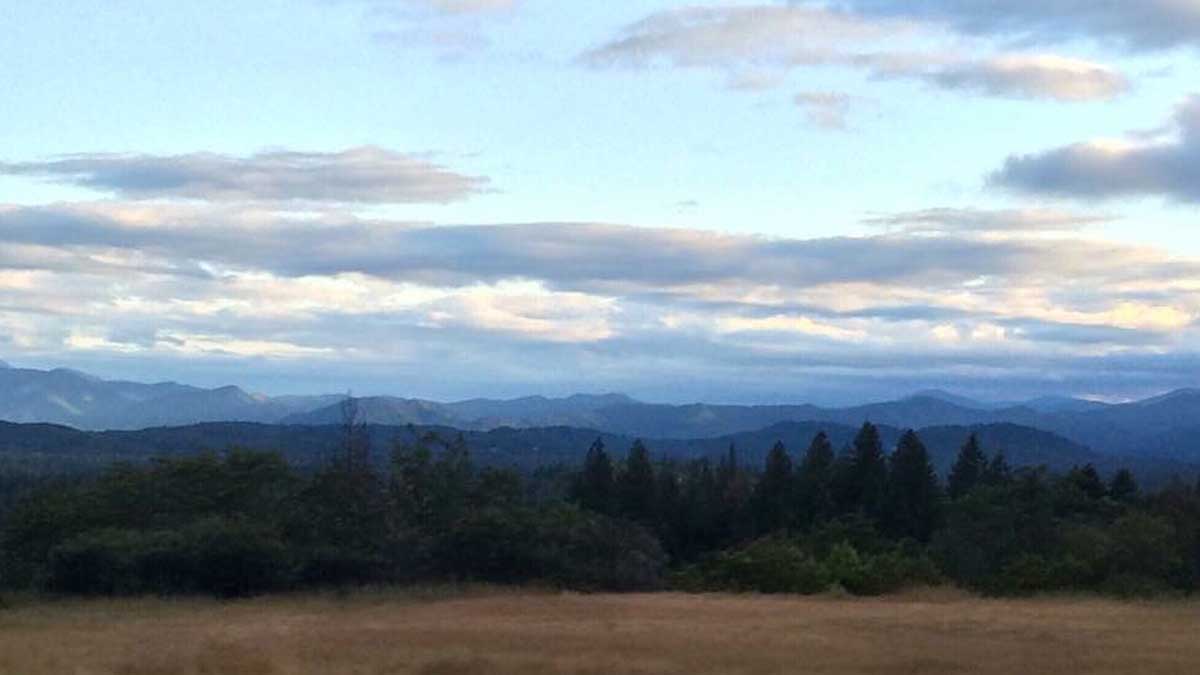 [JOSEPHINE COUNTY] – Last month I went to California to report on the drought and wildfires and visit family. I drove down versus flying because the rental car situation is a mess, and Seattle to Sacramento is a relatively easy day drive.

I’ve had an experience three times in my life where I’ve pulled off a highway for gasoline, a bathroom, and some food, and the hair stood up on the back of my neck. Where the vibe was, this was not a – welcoming – place.

The first time was when I was in my late teens. My girlfriend and I were driving to visit her family in Virginia from the Boston area. We got off an exit in Maryland to find gasoline and lunch. We couldn’t find anything open, and we both had a strong feeling we were being watched. The town had a vibe like you had shown up two days before the “Children of the Corn” took over. We felt so uneasy we got back on the highway.

My second time was in Vidor, Texas. Vidor is an infamous Texas sundown town with a dark history. As a transplant to Texas, I did not know this, and I was driving from Houston to Boston, making my first gasoline stop.

As I was pumping gas at a Chevron station, a white Ford van pulled up at another pump, and the driver got out. He was wearing what was admittedly the dazzling red robe of a Grand Dragon of the Klu Klux Klan. Black combat boots, no hood on. Just hey, I’m your local Grand Dragon coming from the local Klan meeting. I need gas, how are you doing? I pulled my cowboy hat down a bit lower and turned my back, not wanting any interaction.

The third time was in early 2020 in Namibia. In Namibia, the distances between villages and towns are long. If you’re traveling off the main roads and you find an open gas station, you should fill up because it could be a long drive until the next one.

We arrived in Kalkrad, north of the Fish River, where Germany is the primary language. Post-colonial Namibia has significant segregation, and not just between Blacks and whites. Generational Germans continue to live and socialize in groups, as do white South Africans, Dutch, and the ethnic Indigenous peoples. It isn’t unusual to come into a town where the majority speak German, Dutch, Afrikaans, or one of 38 different tribal languages.

We stopped for gasoline and lunch (and we were hungry), and both my wife and I got that bad feeling. My wife took some pictures of a group of local children who were hustling her for some money, and I came back out telling her that the menu was uninteresting (it was) and we could try to find another place. Then she expressed her uneasy feeling about the town, and I agreed. After topping off the tank, we drove on.

I experienced this feeling last month in Grants Pass, Oregon. The Gas Buddy app directed me to a Fred Meyer where I could use my points for cheap gasoline. I also knew I would have access to a clean bathroom and, while inside, could easily pick up a road snack. The hair standing up on the back of your neck, something is off; it just doesn’t feel right.

I’ll never put my finger on it, but the best way to describe it was a sense of underlying rage. That Grants Pass is two seconds away from someone yelling, “commence the purge,” and until sunrise, it will be a free-fire zone. I filled the tank, skipped the bathroom, and continued south to Medford.

Last night I learned that two counties in Oregon have requested mobile morgues (aka refrigerated trailers). The hospital morgues and funeral homes are overwhelmed with corpses, and things are expected to get much worse in Oregon over the next month. The two counties are Tillamook and Josephine.

I also learned that Josephine County requested National Guard troops a couple of weeks ago to support the area hospitals and have servicemembers on the ground. County officials asked for support yesterday.

Asante Rogue Regional Medical Center is a 378-bed Level II trauma center in Medford, Oregon. This week, it was featured on CBS News where patients are dying so fast in the ICU that they have to prep the room in under an hour for the next patient. While CBS was there, the hospital was surrounded by anti-vax and anti-mask protesters, chanting and honking horns. The staff is, in a word, demoralized.

People coming into both facilities are arriving so sick, acute care treatment isn’t an option. Monoclonal therapy is no longer an option when you’re that ill. Once you reach a point of needing oxygen therapy, the treatment can make symptoms significantly worse.

So the staff does everything they can, but many, too many, end up on O2 30L BIPAP therapy and still have their SaO2 drop into the 70s. From there, it is a ventilator, and the state is so overwhelmed, ECMO is near impossible.

Outside the doors. Rage.

During a public meeting in Josephine County earlier this month, county commissioners questioned the vaccine, suggested the surge in cases was caused by Mexican immigrants and promoted Ivermectin. A drug that is not therapeutic for COVID with significant side effects. In the same meeting, Josephine County Commissioner Herman Baertschiger Jr. said, “I’m not going to hog-tie anybody and give them a vaccination.”

A month later, Josephine County has the distinction of having the fastest rate of new COVID cases in the United States and Oregon Poison Control is flooded with phone calls about Ivermectin poisoning. This is a stunning statistic when contrasting this with Florida, Mississippi, Alabama, Louisiana, Texas, or Arkansas.

Josephine County general immunization rates for children and adults are barely at 80% when you average the constellation of available vaccines. Only 64% of children are completing their recommended vaccines by 2 years old. That in itself is alarming, and this is even before COVID arrived in the United States.

The rate for the annual flu vaccine bounces between 36% to 40% since 2016. It should come as no surprise the COVID vaccination rate is 53% for age-eligible and around 40% for all persons.

The most recent county-level economic data indicated unemployment was 7.9% – almost 2 points above the United States average (May 2021). The average income of a Grants Pass resident is $20,402 a year, and the Median household income is $33,240 a year. Household income is over $20,000 less than the national average.

Only 78% of students who attend Grants Pass High School graduate. In Oregon, the rate is 91%, and nationally it is just under 86%. This is a failed school system.

20.2% of Grants Pass live in poverty. The poverty rate for whites is almost double the national average. After white and Hispanic/Latinx, only 4.1% of the population is another race (Black, Indigenous, Asian descent, NHOPI). Child poverty is disturbingly high, with 34% of children under 6, 26% of elementary school students, and 27% of middle and high school students live in poverty.

This isn’t to belittle Grants Pass or the people there. There is nothing funny, nothing worthy of schadenfreude with low educational obtainment, high unemployment, and crushing poverty.

This isn’t funny – this is a catastrophe. Is it any wonder it felt the purge was going to happen at any second?

I could write about the hypocrisy of all of this. The high unemployment, the poverty, the number of households on public assistance, the failed education system, the terrible state of general public health. The amount of government aid at a state and federal level that is pouring into this area. Josephine County was set up for failure decades ago, and here we are.

People who have something to live for are happier. You can’t convince a person with hope to do awful things because they see they have a better future. The stress of income, job, and food insecurity is crushing.

The latest census data indicated that rural counties in the United States are shrinking at the fastest rate ever recorded in the last 10 years. The only thing keeping that rate from going faster is minorities. This is after this trend reversed in the previous decade.

Jobs that are there are low paying.

Failed schools that repeat the cycle of poverty, like in inner cities.

Poor community health even before the pandemic.

A vast corporate, political, and religious machine that preys upon hopelessness. Telling the residents of Josephine County about their unquestionable greatness and making promises they can’t keep. They never intended to keep in the first place. An entire county is being gaslighted, and this is repeated in rural counties across the United States.

They are bringing mobile morgues to Josephine County.

It’s only getting worse from here.

Washington is in crisis – local and national COVID update for August 30, 2021