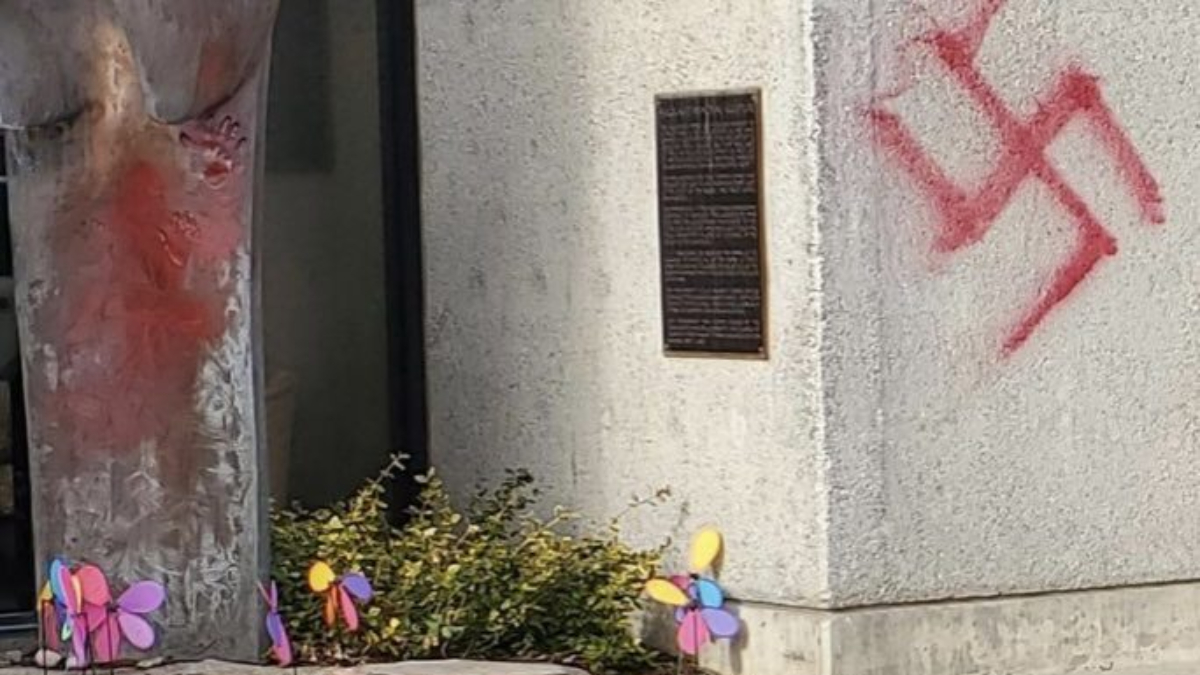 SPOKANE, Wash. — The man arrested in connection to the anti-Semitic vandalism at a synagogue on Spokane’s South Hill is reportedly a member of a white supremacy group and previously harassed members at the temple, according to newly filed court documents.

Spokane police arrested 44-year-old Raymond Bryant on Thursday morning in connection to the vandalism at Temple Beth Shalom on the morning of Feb. 8. Bryant is facing charges of second-degree malicious mischief and malicious harassment, which are hate crimes, according to Washington law. Bryant appeared in court on Friday, during which he was given a $2,000 bond.