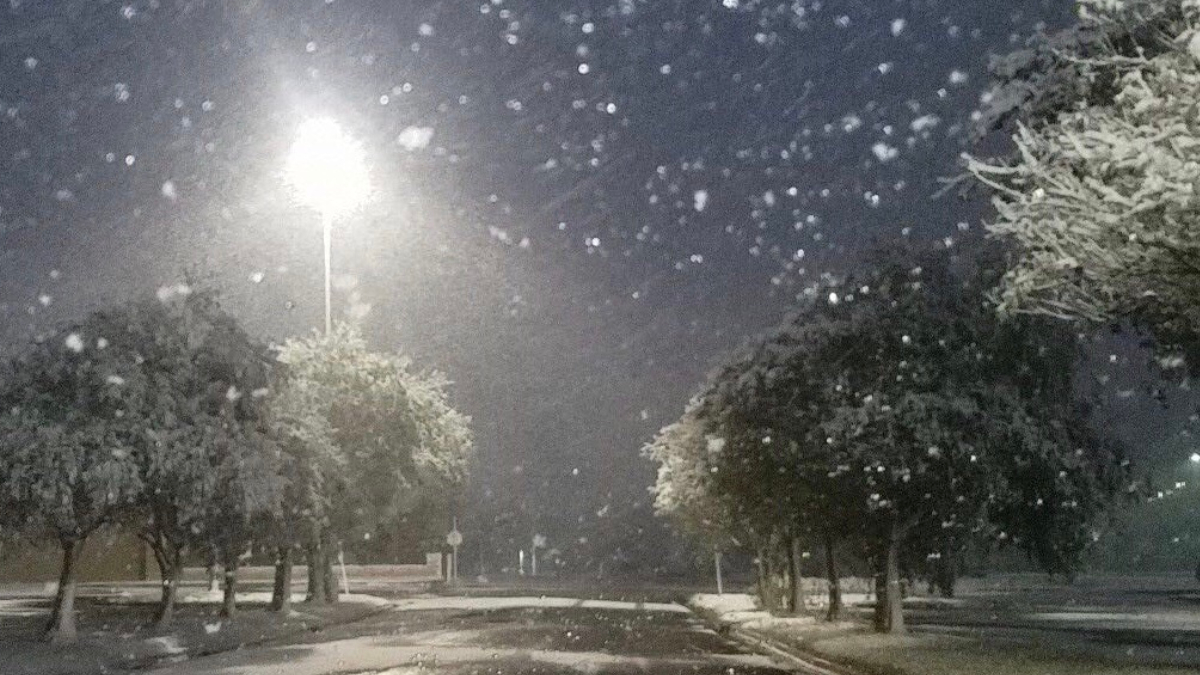 [HOUSTON] – (MTN) Oil went above $60 a barrel for the first time in a year as oil production and refining ground to a halt. Oil and natural gas wells stopped pumping in the Permian Basin, and refineries went into complete shutdown in the Golden Triangle over the weekend, stopping gasoline production.

Engineered to work in the Texas heat, the pumps and refineries cannot operate safely in frigid temperatures. Additionally, with 3.8 million people out of power and rolling blackouts now impacting five states, the electricity and employees required to run these operations are unavailable.

The historic winter storm slammed the Midwest and Texas, bringing accumulating snow as far south as Brownsville, Texas, and even Mexico. Snow and freezing rain have collapsed power lines while Texans, whose homes aren’t designed for this kind of weather, send electricity and natural gas demand to unprecedented levels.

The situation in Texas represents a massive disruption to energy distribution in the United States. In the Permian Basin, which includes the Texas cities of Midland and Odessa, one million barrels of daily oil production is offline, representing 9% of total U.S. production.

Locally, this will mean higher prices at the gas pump, even though Washington state is a closed-loop system. Ninety-percent of Washington crude oil comes from Alaska due to the Rocky Mountains preventing pipeline transmission to the region. Almost all of our gasoline and aviation fuel is refined in-state.

In the early 2000s, Shell closed down two refineries in California to tighten west coast supply and raise overall prices. Shell claimed the Bakersfield refinery needed to be shuttered because it was too expensive to operate due to California regulations. In California, regulators indicated they offered full waivers to the Shell Bakersfield plant. Leaked internal memos showed the refinery was one of the most profitable Shell owned. Shell sold the refinery to Flying J, in a deal backed by California. Ultimately the plant was shuttered when Flying J went bankrupt in 2008 due to the Great Recession and plummeting demand for diesel fuel at their numerous truck stops. The permanent closure reduced diesel and gasoline supply in northern California, Oregon, and Washington.

Despite the region’s insulation from Midwest and Texas supply disruptions, distribution costs in our area will go up. With it, you’ll be paying more at that pump.

The disruptions out of Texas may be long term. The Southwest Power Pool manages electricity across 14 states in the south and Midwest. It has notified all customers there is a Level Three power emergency that requires rolling blackouts through the entire region to prevent the electrical grid from collapsing.

In southeast Texas, including Houston, the system is so overloaded and damaged that rolling blackouts are no longer possible. Customers have been advised to treat any power outage as long-term and plan accordingly. Videos are showing overloaded powerlines exploding in fireballs, like glowing elements of a toaster.

Natural gas demand is so high that the required pressure collapses, causing shortages and cutoffs to businesses and homes. The situation will only get worse as record cold, possibly the coldest weather in 150 years, will blanket the Lone Star state tonight. Forecasters expect freezing rain to strike southeast Texas Tuesday night and Wednesday, adding to the region’s woes.

Residents are flooding area 911 systems with calls desperate about the cold and no way to heat their homes or stay warm. Officials ask people to conserve energy, bundle up, and protect the pipes with even colder weather on tap. City officials in Houston have appealed to people to treat this like a Category V hurricane and stay home.