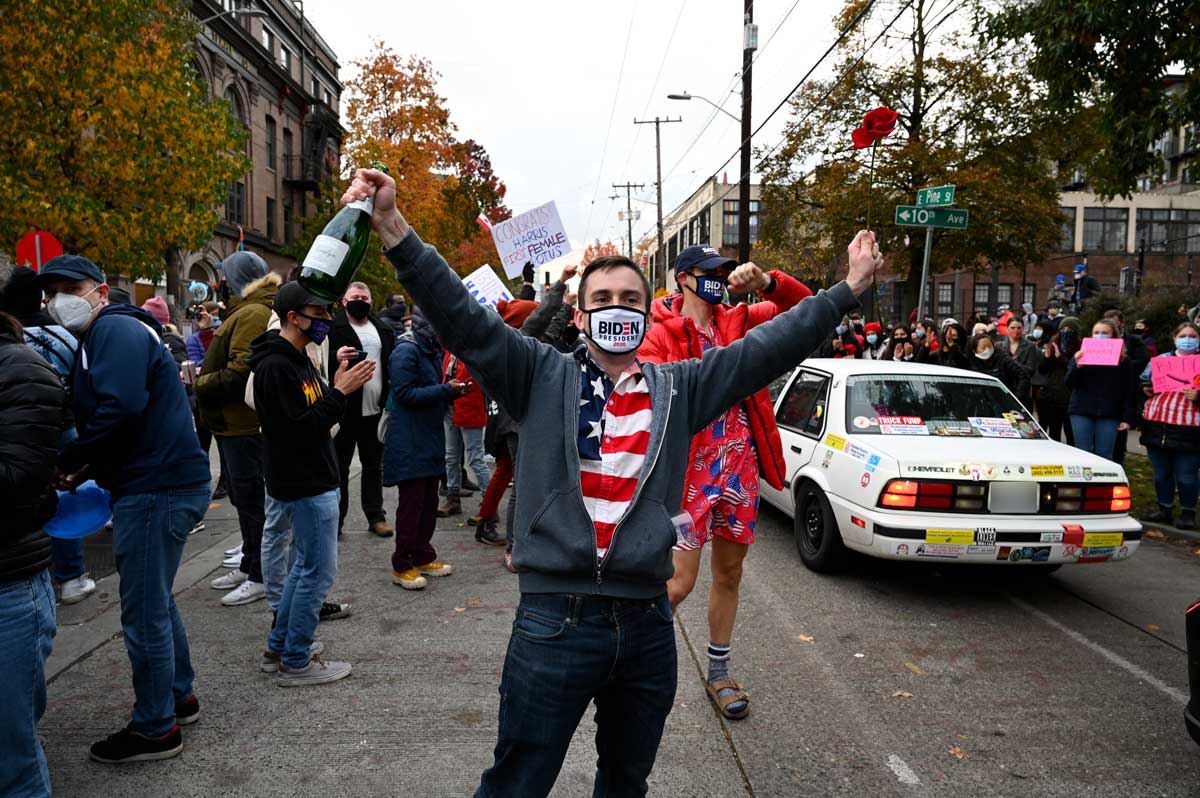 Cars headed westbound on East Pine and stretched as far as the eye could see past the East Precinct, honking horns and waving at the crowd. Music played from a small sound system until a COVID-friendly mobile DJ arrived. About 30 minutes later, the Marshall Law Band came riding a trailer pulled by an SUV. As the sun broke through the clouds in the late afternoon, the band played a long set of music to a jubilant crowd.

Not everyone was pleased with the events unfolding this afternoon. Several familiar faces from the CHOP/CHAZ era, which protesters considered police informants, glowered and harassed some people. A group of protesters in black bloc arrived and burned an American flag outside of the Black Lives Matter mural. These incidents were small and didn’t gain much attention from the people celebrating.

Joe Biden won the 2020 national election with 290 electoral votes currently assigned to him. The states of North Carolina remains a tossup, Alaska is not deep enough in their vote count to declare a winner, and Georgia is having an automatic recount.

Sunny but cold weekend will give way to wet week

Not 1 mayoral candidate was @ Denny Park today, or they maintained a very low profile

You would think w/ how big homelessness is in Seattle, someone wanting to run the city would want to see a sweep first hand

We are aware of Echohawk's excellent record, but the rest...

This. There was literally nothing that needed restoration requiring an entire park closure

I Can't Believe It's Not Praxis! Ⓐ☭@PraxificNW

The Mayor says Denny Park will be closed for several months so parks can restore it? The tiny park looks fine and could be restored in an afternoon. They are just criminalizing a certain group of people from setting foot there. Liberals are already walking their dogs there. 🙄