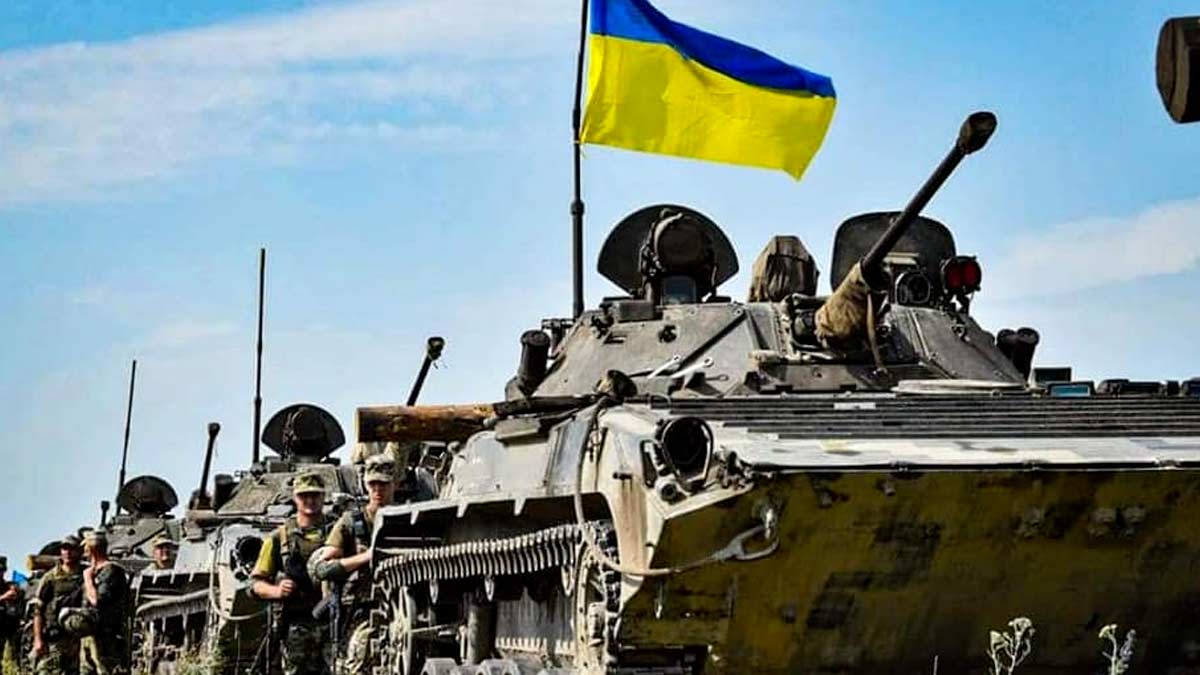 [UKRAINE] – MTN It has been 3,099 days since Russia occupied Crimea on February 27, 2014. Here is our latest update. You can visit our Russia-Ukraine War Center to find more news about Ukraine. You can also listen to our in-depth podcast, Malcontent News Russia Ukraine War Update, hosted by Linnea Hubbard.

The United States Department of State has urged all Americans to evacuate Ukraine due to specific intelligence of Russian plans to launch widescale attacks on civilians and government centers through the upcoming week.

“The Department of State has information that Russia is stepping up efforts to launch strikes against Ukraine’s civilian infrastructure and government facilities in the coming days,” according to the embassy’s website.

“The U.S. Embassy urges U.S. citizens to depart Ukraine now using privately available ground transportation options if it is safe to do so.”

Near Bakhmut, fighting continues on the outskirts of Soledar. Russian forces have been unable to advance past the KNAUF-GIPS sheetrock plant.

Russian forces continued their attacks on Zaitseve, 10 kilometers southeast of Bakhmut. Two advances were attempted, a storming action and a reconnaissance in force assault; neither was unsuccessful.

In the Svitlodarsk bulge, Russian forces only attempted an advance on Kodema but failed to dislodge Ukrainian defenders.

North of Avdiivka, DNR separatists attempted to advance on Krasnohorivka but did not gain any new territory.

Separatist troops made another attempt to advance on Pervomaiske but failed to improve their tactical positions. The village of Nevelske came under attack by DNR separatists, who could not find a way to move through the exposed, artillery-blasted fields. Skirmishes in the area of Pisky continued.

An ammunition depot in Rozdolne was hit by rockets fired from HIMARS.

South of Donetsk, Russian forces continue to advance further into Novomykhailivka without success.

On the Donetsk-Zaporizhia administrative border, Russian forces attempted to advance on Zolota Nyva again but did not move the line of conflict.

There are reports from reliable sources that Ukrainian forces have launched an offensive in the area of Polohy.

There is growing evidence that Russian forces in Izyum are experiencing shortages of artillery munitions, having to use antiaircraft guns for direct fire.

Rockets fired by HIMARS hit the Antonovsky Bridge in Kherson. There are unconfirmed reports that the strike occurred as a Russian column of supply trucks carrying ammunition was on the bridge.

An S-300 antiaircraft missile fired by Russian forces to attack Mykolaiv failed after launch and crashed in Russian-controlled Zelenivka, near Kherson.

Ukrainian forces accused Russian troops of shelling the thermal plant in Enerhodar. A video showed the water feed lines damaged, and a man slumped over in the driver seat of a taxi with shrapnel damage.

Valentyn Reznichenko, Dnipropetrovsk Oblast Administrative and Military Governor, reported that Marhanets was hit by artillery fire wounding two people. Nikopol was not attacked with Grad rockets for the first time in more than six weeks.

Odesa, Crimea, and the Black Sea

Moldova and Ukraine worked collaboratively to reopen the Berezyne-Basarabeasca rail connection. The completed upgrades have restored rail connections from the rest of Europe, bypassing the damaged Zatoka Bridge over the Dniester estuary.

Russia has exhausted its combat capabilities in Ukraine