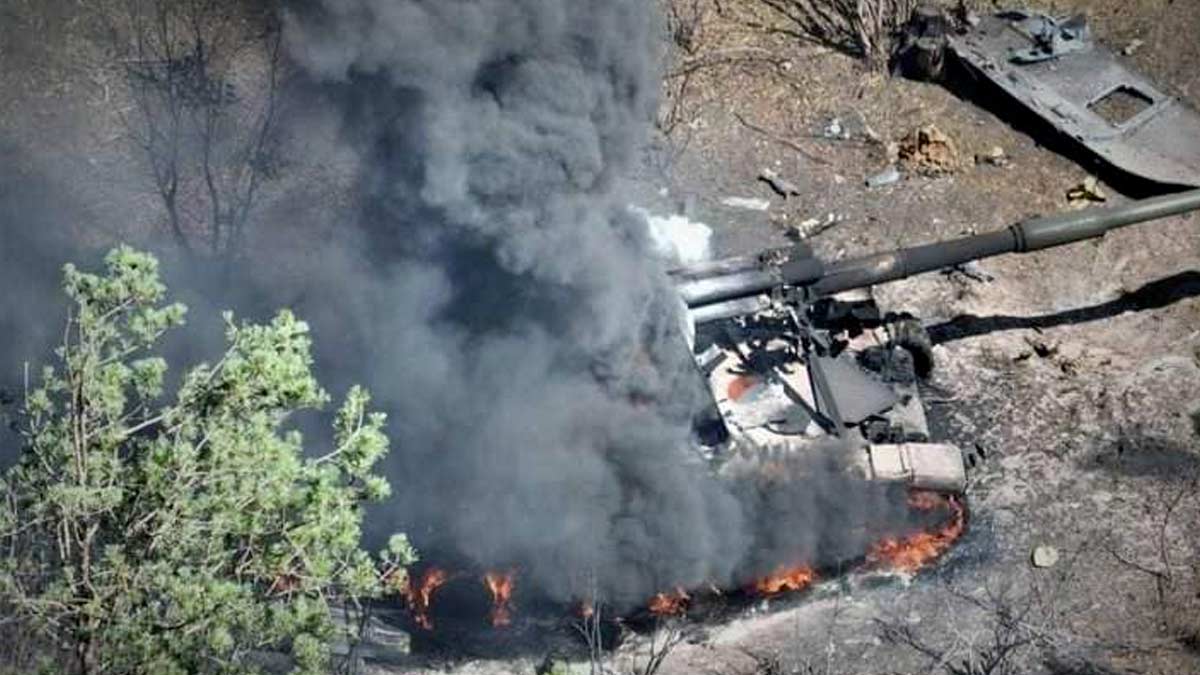 [UKRAINE] – MTN It has been 3,098 days since Russia occupied Crimea on February 27, 2014. Here is our latest update. You can visit our Russia-Ukraine War Center to find more news about Ukraine. You can also listen to our in-depth podcast, Malcontent News Russia Ukraine War Update, hosted by Linnea Hubbard.

Russian forces were attempted an advance on Vesele [Donetsk] from Spirne while Siversk and the surrounding settlements were shelled, as was Ivano-Daryivka.

An ammunition depot in Alchevsk was destroyed in a rocket attack launched by HIMARS.

PMC Wagner Group and elements of the 2nd Army Corps of the Luhansk People’s Republic (LNR) attempted to advance into Soledar and Bakhmutske without success.

North of Donetsk, an attempt to advance on Niu York ended in failure. DNR separatists fought positional battles near Krasnohorivka but could not improve their tactical situation.

West of Donetsk, elements of the 1st Army Corps of the DNR attempted to advance on Optyne and Pisky using reconnaissance in force without success.

The village of Nevelske was attacked from two directions, but a lack of tanks made moving across the open fields near impossible for light infantry forces.

DNR separatists tried to improve their positions in eastern Marinka using reconnaissance in force. They also attempted to flank Markina from Luhanske without success.

In Donetsk, rockets fired from HIMARS made a precision strike on a large ammunition depot in the eastern part of the city.

On the Donetsk-Zaporizhia administrative border, Russian forces tried to advance on the Velyka Novosilka suburb of Neskuchne and were unsuccessful.

North of Izyum, Russian forces launched offensives on Dementiivka and Pytomnyk, but they were unsuccessful.

South of Izyum, Russian forces maintained tradition with attempted advances on Dmytrivka and Bohorodychne using reconnaissance in force. They weren’t successful. Russian units attacked Ukrainian positions in Dibrovne, Dolyna, and Karnaukhivka. They also tried to advance in the direction of Nova Dmytrivka from Brazhkivka. They were not able to gain new territory.

Rockets fired from HIMARS hit the Antonivsky Bridge in Kherson, producing a major fire and a large explosion. Rockets also hit the bridge and Russian bases in Nova Kakhovka.

Russian airborne troops (VDV) continued their attempts to advance on Tavrijs’ke from Oleksandrivka. They could not improve their positions. Russian forces attempted to capture all of Blahodatne [Mykolaiv] but remained unsuccessful.

Ukrainian forces launched offensives on Novohrednjeve and Sukhyi Stavok, intending to expand the Inhulets River bridgehead. Fighting was described as intense. However, Ukrainian troops did not capture either settlement.

The situation at the Zaporizhzhia Nuclear Power Plant is unchanged. None of the parties involved in negotiations to allow inspectors into the power plant have set a date for when the International Atomic Energy Agency will arrive.

Dmytro Zhyvytskyi, Sumy Oblast Administrative and Military Governor, reported that the settlements of Bilopillia, Khotin, and Velykopysarivska were shelled from across the international border with Russia. There were no injuries, and none of the strikes caused major damage.

In Chernihiv, the settlements of Muravyi and Zaliznyi Mist were shelled. There were no reports of damage or injuries.

Odesa, Crimea, and the Black Sea

North of Odesa, Russia fired five Kalibr cruise missiles into the Odesa Oblast. Two were shot down, with three landing in the area of Maiors’ke. Russia also fired two cruise missiles at the Zatoka Bridge south of Odesa. The bridge has been disabled since early May, and this was the sixth strike on the structure since the start of the war.

Russian air defenses fired at unidentified objects across the Crimea Peninsula, but there were no confirmed drone or missile strikes. Russian sources did not provide any proof to support claims of rockets, missiles, and drones being shot down.

Russia’s National Republican Army claimed responsibility for the assassination of Daryna Dugina on August 21. The group claims that they planted an improvised explosive device (IED) under the driver’s seat of her father’s SUV.