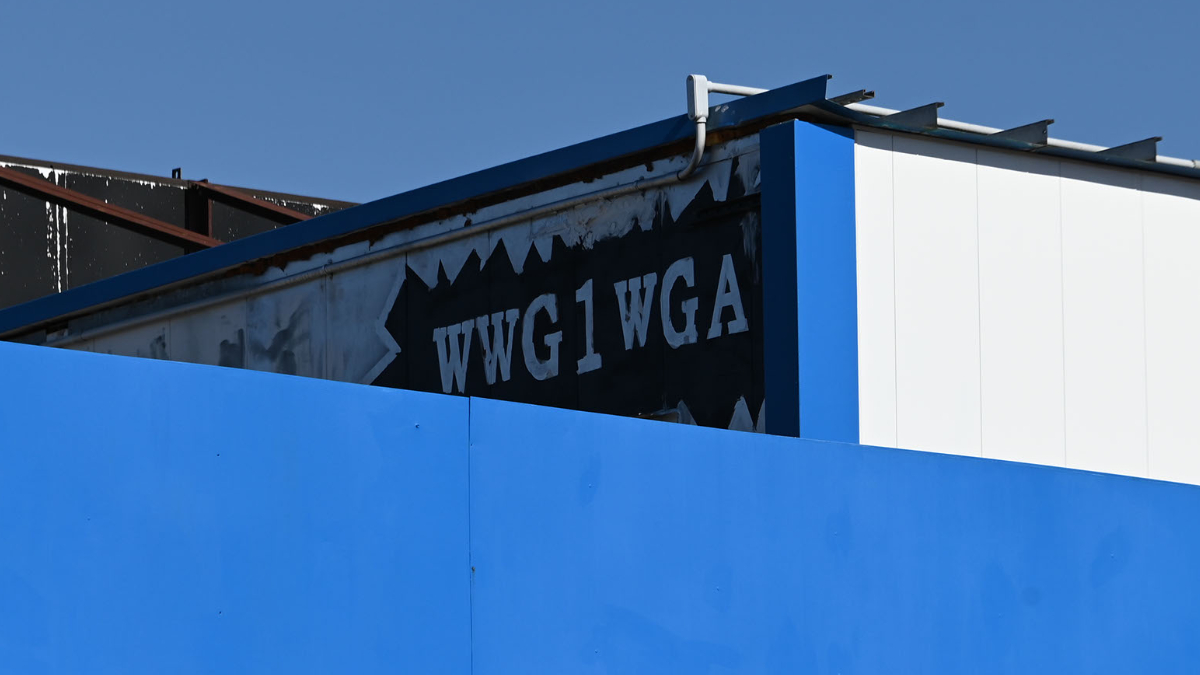 With temperatures tickling 60 degrees and the sun shining, Kingsgate Carwash in Kirkland was buzzing. The bays were full, and lines of cars waited to pass through two touchless lanes while an American flag hung outside. Overhead, hard to see on the building wall, the anacronym “WWG1WGA” faces out toward 124th Ave NE. Where We Go One, We Go All is a rallying cry for the conspiracy theory QAnon.

QAnon started in the dark corners of the Internet, with no one exactly sure who “Q” is, but several theories exist. The individual or individuals that started the movement claim to have a “Q level” security clearance within the government. Q now has millions of followers, some of who have become militant and believe Q is working anonymously to expose the deep state.

QAnon believers subscribe to the idea that an illegitimate shadow government runs the United States. The shadow government architects are liberals, Hollywood elites, Jews, the Clintons, George Soros, the Obamas, and others. Believers further think these individuals and groups are part of a vast international child trafficking ring that supports pedophilia and consumes children’s blood to remain youthful and energetic.

Driving from North Carolina, Welch stormed the family-friendly restaurant, and as employees and customers fled in terror, he spent 20 minutes looking for the basement door. Comet Ping Pong has no basement. In frustration, he fired several rounds into a locked supply closet door before police surrounded the restaurant and convinced Welch to surrender.

Welch was sentenced to prison in 2017 and moved to a halfway house in March of 2020. His supervision ended on May 28. His actions in December became laughable within the moment because no one was hurt, and the ideas of QAnon were not mainstream. Today, the theory stands while the audience has grown much more prominent. The support of former President Donald Trump, the belief the 2020 election was stolen, and QAnon’s “save the children” ideas blend together for millions of Americans.

Since June 2020, the ideas supported by QAnon reached a fever pitch. QAnon espoused a “great awakening” where Donald Trump would be named the legitimate President and that warrants for the arrest of 195,000 people were already in place. The great awakening would be preceded by a total communications blackout, including the Internet and martial law declared. For the true believers of QAnon, these two events would signal that the deep state’s exposure was at hand.

Lawyers such as L Lin Wood, Sydney Powell, and Rudy Guiliani embraced some or all of the conspiracy theories within their legal filings. Believers eagerly awaited for Powell to “release the Kraken,” as she threatened. Any attempt to counter the narrative, including Trump-appointed judges and Supreme Court justices, was met with the accusation of being compromised by the deep state. As each promised event didn’t happen, the phrase “trust the plan” echoed through social media and the dark corners of the web.

By the time January 6, 2021, and the insurrection happened, followers became restless. Promised dates of the great awakening came and went. Q, using its social media channels, then moved the goalposts again to inauguration day. The theory being outgoing President Trump was waiting for all his enemies to be in the same place to start the great awakening. All the National Guard troops deployed to protect the Capitol? With so many deep state members in the same area, deployed troops would support mass arrests.

After Biden’s inauguration occurred, Q believers and the message “trust the plan” were fractured. Ron Watkins, who some believe is Q and is the son of 8Chan founder Jim Watkins, told his followers it was time to move on. Extremist organizations like Sovereign Citizen, listed as a domestic terrorism organization, moved in to scoop up crestfallen Q supporters, and a new theory was born.

Sovereign Citizen believes that Congress turned the United States into a corporation in 1871. Further, they think anything past the 14th Amendment and all Presidents elected after Ulysses S. Grant are illegitimate. Sovereign Citizen’s believe the correct inauguration day is March 4, not January 20. They think this because Franklin D. Roosevelt moved inauguration day in 1933.

The new QAnon theory is Donald Trump will be inaugurated as the 19th President on Thursday, March 4, 2021, either in Washington D.C. or Mar-A-Lago in Florida. Some believe Trump will form the new government in Florida, making Mar-A-Lago the seat of power. March 4 will also bring the great awakening, the 195,000 arrests, along with the arrests of the Supreme Court, House, and Senate, for betraying Donald Trump. Like previous theories, the promised great awakening will be preceded by a total blackout of communications. If you’re reading this right now on the Internet, it is unlikely those trusting the plan will be happy on March 4.

To the outside observer, this can seem humorous. In December 2016, a lone gunman looking for an imaginary basement filled with blood-drinking liberals appeared comical. In the four years since QAnon has grown more mainstream, Congressional representatives like Marjorie Taylor Greene, former President Trump, and his inner circle have embraced the conspiracy. Blending with Sovereign Citizen, an organization that has murdered more than 40 people, the dangerous belief system continues to tear at our society’s fabric.

Now we come back to the other code of QAnon followers, WWG1WGA. The origin of “where we go one we go all” is a subject of debate. Many believe that the phrase, “where we go one we go all,” was inscribed on the bell of PT-109, the patrol boat John F. Kennedy commanded in World War II. However, there is nothing in the historical record from the U.S. Navy, National Geographic researchers, or the John F. Kennedy Library to support this.

It seems more likely the phrase comes from the 1996 ocean disaster thriller White Squall. The 2004 TV series Battlestar Galactica used a similar expression of “so say we all” to symbolize unity in the face of a common enemy. The sun shines brightly in Kirkland today, as cars line up to get washed under the QAnon code “where we go one, we go all.” If there is one thing that is certain after March 4, there will be a moving of the goalposts and true believers saying to “trust the plan.”

Attempts to reach the owner of the car wash went unanswered.