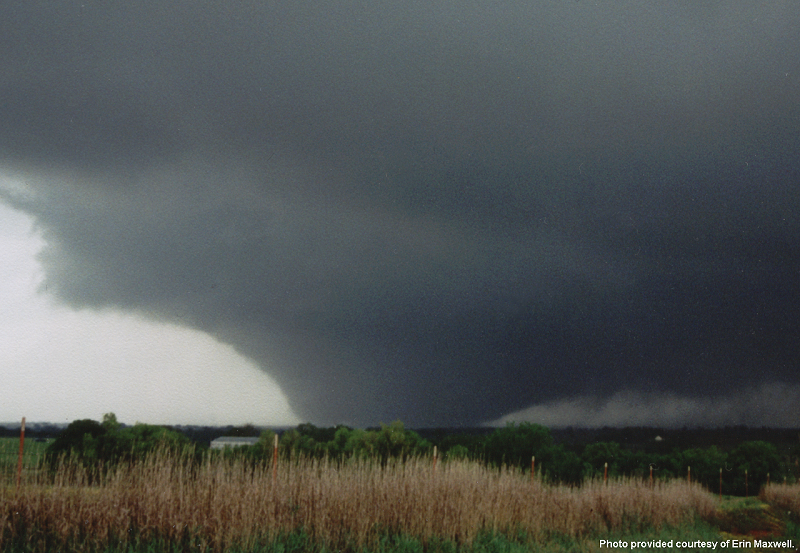 Update: Since this was written many photographs and videos of the damage in Jefferson have appeared. The storm appears to be a very strong EF-3 from the photos. This is my personal, unofficial evaluation using the Enhanced Fujita Scale information linked below.

The slow-motion weather system that has exacerbated historic levels of flooding on the Arkansas, Missouri, and Mississippi Rivers continues to produce devastating tornadoes. Although the initial outbreak earlier this week was surprisingly tepid for the conditions, tornadoes continue to be produced, including a storm near Joplin, Mississippi that killed three last night. It was Jefferson, Missouri in the bullseye last night.

As of this writing, the tornado that struck Jefferson has produced no fatalities, but rescue operations are still ongoing. Interestingly, our always-connected age likely saved many lives compared to 30 years ago, when the timing of this twister could have been catastrophic. Strong tornadoes during nighttime hours are not unprecedented, but they are rarer. Atmospheric and surface warming produced by the sun is a core ingredient to creating the lift needed to build supercells – but it does happen. The Jefferson tornado was around 11:30 PM with the first 911 calls coming in at 11:39 PM. Tornado sirens sounded, news broadcasters advised move to basements and cellphones alerted.

Tornadoes are dangerous, but nighttime tornadoes present special hazards. Tornadoes that tear through residential areas hit when most people are home, creating a higher risk for injury and death. Tornadoes can be hard to see when rain wrapped or shrouded in low clouds, but they are impossible to see at night. Sleeping people aren’t aware of warnings and can’t take early action. Warnings can be shorter because there is no physical observation and rely on radar detection. Outside of advanced warning, you won’t know a tornado is upon you until you hear the telltale roar, see the vivid near-continuous lightning, and the start of debris pelting your home. After the tornado passes, self-evaluation is fraught with hazard from debris and potentially downed live powerlines. In the most severe outbreaks, where storms “train” that is one cell follows one after another in the same path, another tornadic system can be following behind.

Many of the trapped received and heeded the warnings moving to the basements of their homes. When their homes collapsed, they became trapped required extraction. There is a lesson here in Puget Sound where the “big one” (e.g., earthquake) would hit without warning. If your survival kit is in the lowest part of your house, there should be at least some tools to get to your survival kit somewhere else and with your survival kit.

Tornadic activity will continue, along with flash flooding and historic water levels that are crushing records along three major rivers. The tornado activity is business as usual for this time of the year, and there have been much larger outbreaks. Given all of the energy in this system, it is a bit of a surprise that so far, no EF-4 or EF-5 storms have formed. Looking at the pictures from Jefferson, Missouri, this appears to be a strong EF-2 or middling EF-3 tornado that struck – but admitted the pictures taken in low light don’t show enough area-wide damage to make a proper armchair Enhanced Fujita Scale evaluation.

2019 has been a historical year for tornadoes