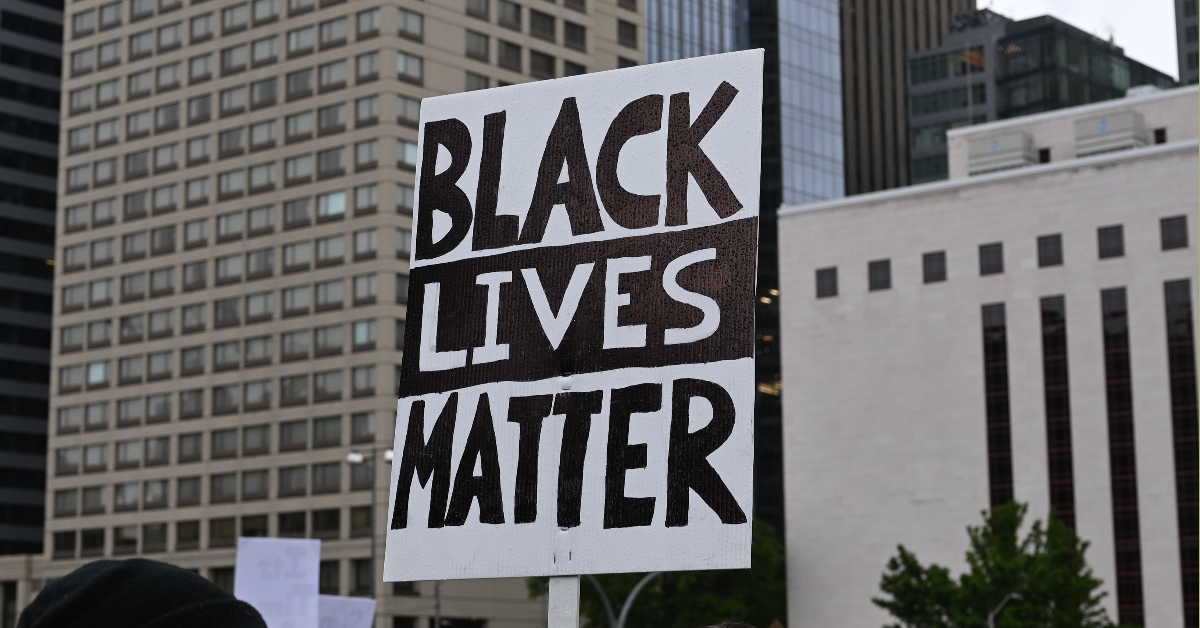 I am writing to you today to thank you for the last three-years-and-one-hundred-and-forty-seven-days of your presidency. When you were elected, you promised you would unite the American people together uttering the words, “When America is united, America is totally [sic] unstoppable.” So here we are, Mr. President, three years and 147 days later. I’m so proud as an American to see you have fulfilled your promise to unite us.

Through your divisive words and actions, good Americans from sea to shining sea are uniting. Your great words about Charlottesville, where you declared there were “very fine people, on both sides,” and you were pleading to not rush to judgment. In contrast, how quickly you condemned protesters in Minneapolis without wanting to learn more. Yes, Mr. President, you are uniting the country.

As you tightened the rules of legal immigration in the name of defending America, you placed asylum seekers and those seeking the light of freedom into the textbook definition of concentration camps. They shivered in the cold, unwashed, lacking medical treatment, a place to sleep, and even basic shelter in some cases. They died of preventable diseases, documented beatings and rapes by guards, and murdered at border crossings.

Peoples of the world, trying to escape the specter of violence, government abuses, and crushing poverty, had their children taken from them and placed in inhumane conditions. The same children were misplaced in government bureaucracy and malfeasance while their parents were deported. Yes, Mr. President, thank you for uniting us. The same children remain packed in unfit conditions, exposed to abuse, negligence, and COVID-19.

Your attacks on the free press in words and deeds have made the United States one of the most dangerous places on the planet for reporters and photographers. When faced with overwhelming evidence that the government of Saudi Arabia murdered a reporter from an American newspaper, you only gave it passing mention. Today as I write this, the news agencies that once supported you have grown weary, and cracks are forming. When confronted with their concerns, with their realization that no amount of spin can put you in a favorable light, you attack what was once your allies. Yes, Mr. President, you are uniting us with your actions.

You promised to bring dignity back to the White House and to be the hardest working President in history. For three years and 147 days, we’ve watched you use Twitter for diplomacy, spend your days watching TV, playing golf at taxpayer’s expense, and when faced with a crisis from your beloved people right outside your door, cower in fear in your basement bunker. Yes, Mr. President, you are uniting us.

You promised to control the deficit, balance the budget, and drain the swamp. Yet during a period of economic prosperity that you inherited, your tax cuts didn’t benefit 90% of Americans, enriched the top 10%, and grew our nation’s deficit by 5.2 trillion dollars in just three years 147 days. A debt that our children and our children’s children will inherit with inflation and lost prosperity. Our economy entered recession before the first COVID-19 death was reported on our shores, and you could count the active cases on one hand. Yes, Mr. President, you have united us.

Your authoritative and awe-inspiring words found within each of your Twitter broadsides vilified our friends and allies. You insulted our closest neighbors and most significant trading partners in Canada and Mexico. You have brought us to the brink of a cold war with China, left the dictatorial government of North Korea laughing at us, encouraged the Russian state, and left the globe wondering what has happened to American greatness. Yes, Mr. President, you have united us.

You claimed that the government has no place in regulating business. So you gutted environmental and wildlife protection, while placing tariffs, also know as price controls, on goods and services. The prices of those goods and services hurt businesses and ordinary Americans alike, removing any benefit from your tax cuts, and not coming close to filling the deficit hole as you promised. The farmers, coal miners, and factory workers you promised to help have been abandoned while foreign nations scammed you for tax breaks.

Your incredible response to the COVID-19 epidemic has exposed to the world that the disease ravaging our nation is not just a virus, but the impotent reaction from your leadership. Emergency rooms became overwhelmed, front-line medical workers died due to a lack of personal protection equipment, your agencies scammed by predatory companies and junk science, and our leaders in science and medicine silenced. One-hundred-and-fifteen-thousand dead Americans from what you declared was a hoax, was just the flu, would magically go away once warmer weather came. As I type this, the southern and southwestern states are being devastated by your hoax. Your playbook of distraction and Twitter diplomacy didn’t work against a virus. The world has learned that we are nothing but a paper tiger, with fragile infrastructure and resources.

Despite all of these missteps toward greatness, your support hasn’t wavered. Your staunchest allies and enablers have stood by you while trying to steer your course. Yet you continue to ignore the Constitution, jurists, leaders, scientists, doctors, and diplomats that have been attempting to save you from yourself. Yes, Mr. President, you have united us.

As our nation watched in horror at the street execution of George Floyd on a Minneapolis street, his life squeezed from him as he cried out for his mother, the people became united. You went to your same playbook to divide, vilify, and tweet. As the people you profess to love unprecedently protested outside your door, you built a wall, you hid in a bunker and watched the TV you deny you watch. You threatened to send federal troops against your People, to the disgust and disdain of retired and active-duty generals and admirals. You had peaceful protesters pepper-sprayed and beaten for a photo op at a church. As you spoke of law and order from the White House, a house built by slaves, the nation could hear your state-sanctioned violence against the First Amendment in the background. Yes, Mr. President, you have united us.

I want to thank you, President Trump, for the last three years and 147 days. Because of you, your words, and your deeds, I was able to see the hatred and racism that existed right under my nose. I could see what I thought were friends, for what they are. By encouraging the forces that want to destroy this nation, you exposed the great lie that there is equality in the eyes of the law, that the police forces of this nation have just a few bad apples, and make rare, but very public mistakes. I always suspected these were narratives were false, but you provided the proof.

You have united the American people, Mr. President, in a way that I never thought would be possible three years and 147 days ago. We are joined in historic protest from coast to coast and border to border—six-hundred-and-fifty cities and towns across America, from the biggest to the smallest. From marches measured in the hundreds of thousands to lone vigils of one. All these people, united against the hatred, the fear, and the anger you’ve fomented tweet after hateful tweet. Yes, Mr. President, you have united us.

We are united to no longer accept the idea that racism has been resolved in this country, or is just a passing problem. Because of you, the good people of this county who didn’t think these were real issues are now learning that it is deeply rooted in the very things you defend, and rotten to the core.

We see you for what you are, a dotard, barely able to stand on their own, obsessed with what people think of you. A narcissist, staring at their magic mirror, listening only to those who say yes. Outside your bunker, a giant has awoken and been filled with a great resolve to bring about change to our nation. Yes, Mr. President, you have united us.

I have watched first hand since May 30 as Black, white, Latino/Latina, Asian, Hispanic, indigenous, native-born, and immigrant have marched in peaceful protest. I have seen first hand the excessive force applied by our militarized police departments using CS and OC gas on peaceful citizens, firing rubber bullets, striking with batons, shocking with Tasers, and preventing peaceful assembly. My eyes have stung, my lungs have burned, and I have personally carried the wounded as I documented the actions you sanctioned.

The violence was so great that our allies in the United Kingdom have voted to stop selling rubber bullets and teargas to the United States. Violence on the people so troubling that even in South Africa, they are marching for the Black lives in our raging and grieving nation. Yes, Mr. President, South Africa looks more enlightened in the eyes of the world than our country because of your words and deeds.

We are once again the United States of America, Mr. President. We are united against you and those who think like you. We are joined together to bring out meaningful change, for full equality, to demand that this nation treat everyone as equals. Equality does not mean that some will get less, nor is that what We the People want. We want the level playing field the American dream promises for all people. We want our minority brothers and sisters in this great race of life to run that race unshackled, unencumbered, and without the oppression of institutional racism. Mr. President, those of us that want this change outnumber those of you who don’t.

You and your supporters are focused on agitators and those who are trying to discredit this movement. I applaud that, Mr. President, because distraction is useful when you are bringing about change. While you shudder in anger watching your TV and spitting out sentence fragments on Twitter, we are using the most potent weapons we have in the American arsenal. We are leveraging our rights. We are using our right to peaceful assembly. We are using our right to freedom of speech. We are using our right to videotape and photograph, and audio record the transgressions of those who are so comfortable with racism and inaction, that they feel they can freely operate in this connected world with impunity. And, Mr. President, we are sharing those videos, pictures, and audio clips, on Twitter for the world to see. We are using your actions to demand change at a local, county, and state level and, on November 3, at the federal level too.

Had you told me, Mr. President, that you would unite our nation in a singular fierce voice demanding change in just three years and 147 days, I would have said it was impossible. I had expected incompetence and hatred, but I never realized how dark your heart is, how you lack a soul, and how deep corruption runs to your core. You made these things mainstream and revealed the ugliness of America hiding in plain sight behind gossamer curtains. Those curtains, Mr. President, have been torn down.

On November 3, 2020, the American people will decide on whether they want to renew The Donald Trump Show for four more seasons. Forty-million unemployed, the numbers without health insurance exploding, institutional racism and violence defended by you, the Constitution defiled, 115,000 dead from COVID-19 and counting, and protests in 650 cities from coast-to-coast.

Thank you, Mr. President, for uniting us and putting America, for the first time in more than a generation, on a path to greatness. We, the people, are screaming in a singular voice, “no more.”

Song of the South