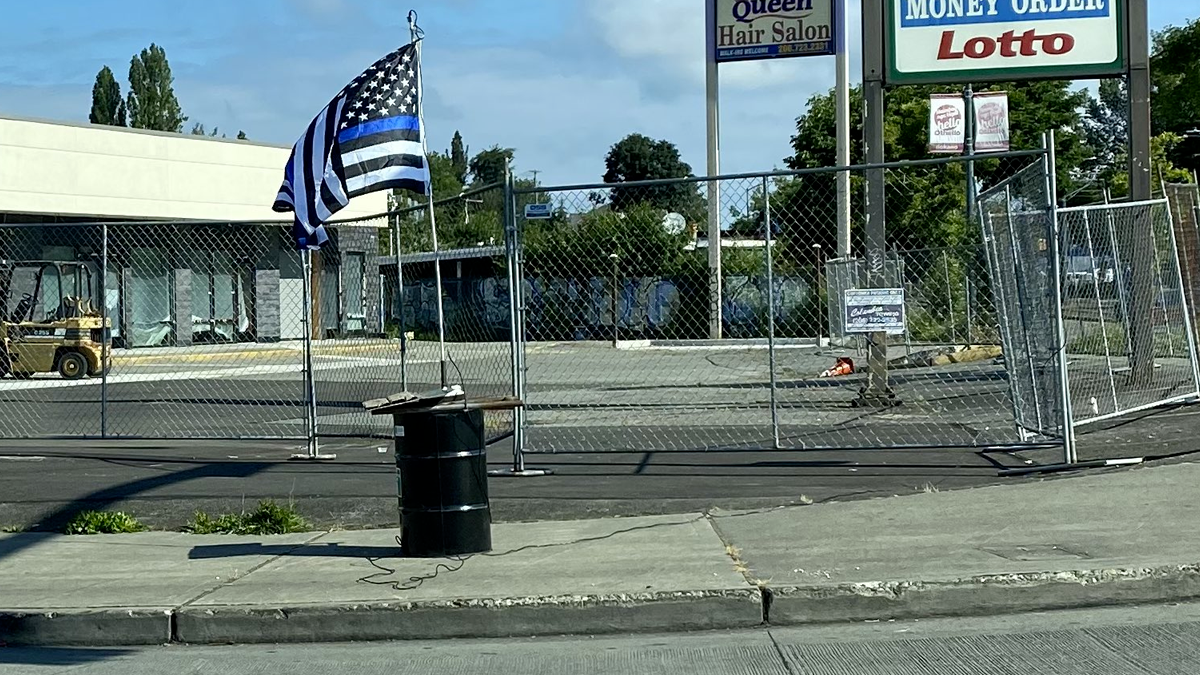 [SEATTLE, Wash.] – MTN At approximately 12:45 PM, the Seattle Police Department’s bomb squad was called to the 6500 block of Martin Luther King Blvd. in Seattle to investigate a 55-gallon drum with a “thin blue line” flag that had multiple wires connected to it placed on the sidewalk. The bomb squad determined the device was not a threat.

Residents started to inquire about the display in the morning on social media, eventually leading to a police response. When officers arrived and saw the barrel had wires connected to it, they closed Martin Luther King Blvd. and deployed the bomb squad.

Sound Transit suspended train service between the Columbia City Station and Othello Station due to the police investigation. Link Shuttle busses were used between the stations and diverted around the area of police activity.