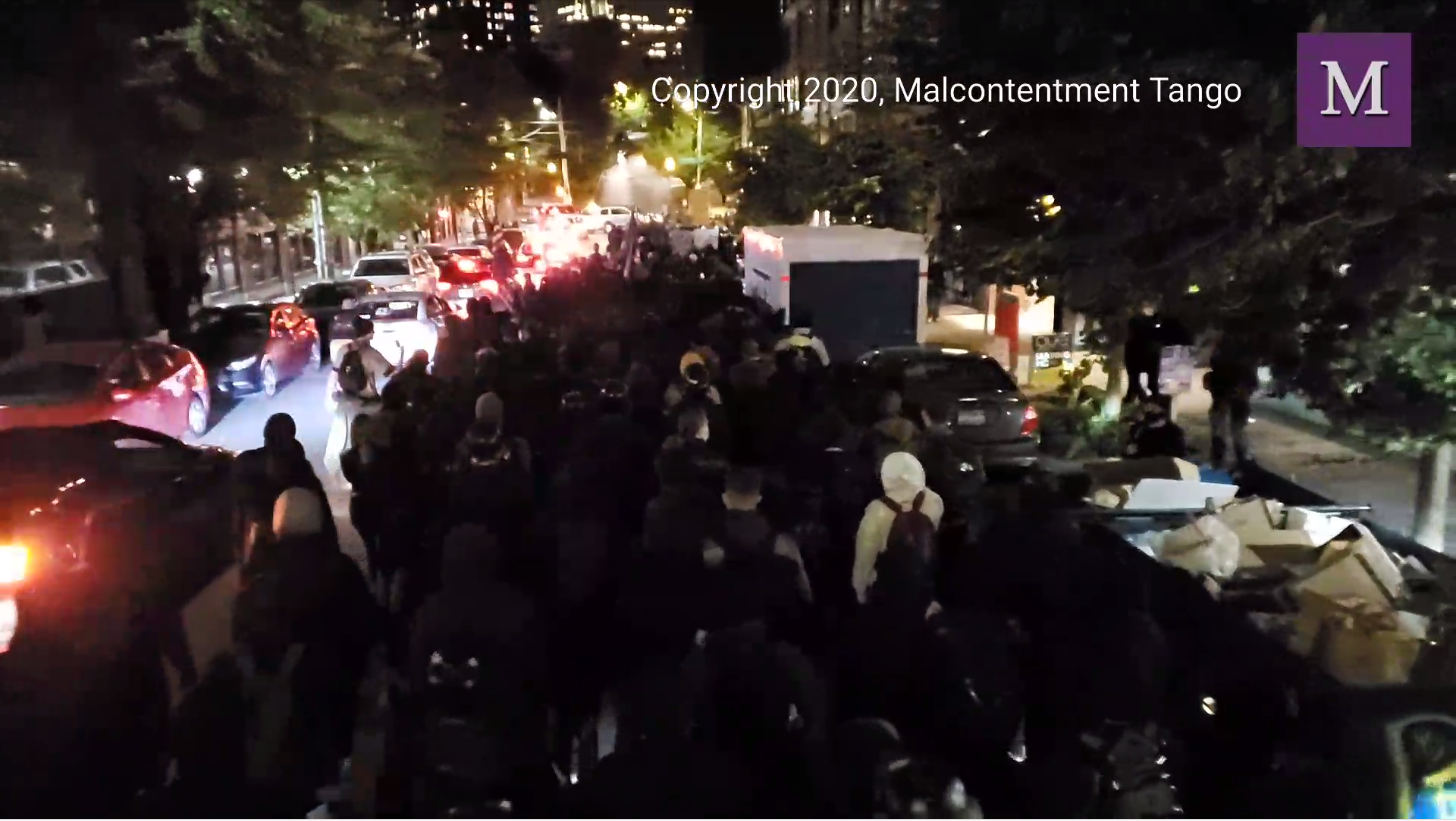 An estimated crowd of 1500 assembled on Capitol Hill to march in recognition of 150 days of continuous Black Lives Matter protests in Seattle. Assembling at Cal Anderson Park, once the heart of CHOP, at 6 PM, the crowd continued to swell as a host of speakers and organizers addressed the enthusiastic crowd. Three black-owned businesses did a brisk business before protesters assembled for their march.

The march route went through downtown and stopped briefly at the West Precinct. The Seattle police reported graffiti was painted on the ecology blocks that surround the building, and some bottles were thrown. We witnessed fresh graffiti but did not see, nor hear any bottles. The march then went to Westlake, where there were more speeches by organizers and black leaders, a candlelight vigil, and live music by the Marshall Law Band. During this time a group of an estimated 100 protesters broke off and moved traffic barricades into the street according to Seattle Police Department reports.

For the return to Capitol Hill a smaller group, who had attended for over four hours, marched back to Broadway and Pine. As the evening march concluded, a large group from ENDD in black bloc, marched east on Pine before turning north on 11th. A resident of Capitol Hill reported that eggs had been thrown at the East Precinct and there was fresh graffiti.

Seattle police then appeared in force heading west on Pine and drove at a high rate of speed north on 12th. When our team moved to investigate, a large group of protesters rounded the corner at 12th and Pine, heading west, with Seattle Police chasing them with dye enhanced pepper spray and batons. No pepper spray was deployed, and upon our arrival with cameras, SPD released two they were just taking into custody and told the third person, “take a walk.” One was held by SPD while one community member yelled from a window and another protester heckled officers. Ultimately the individual was released.