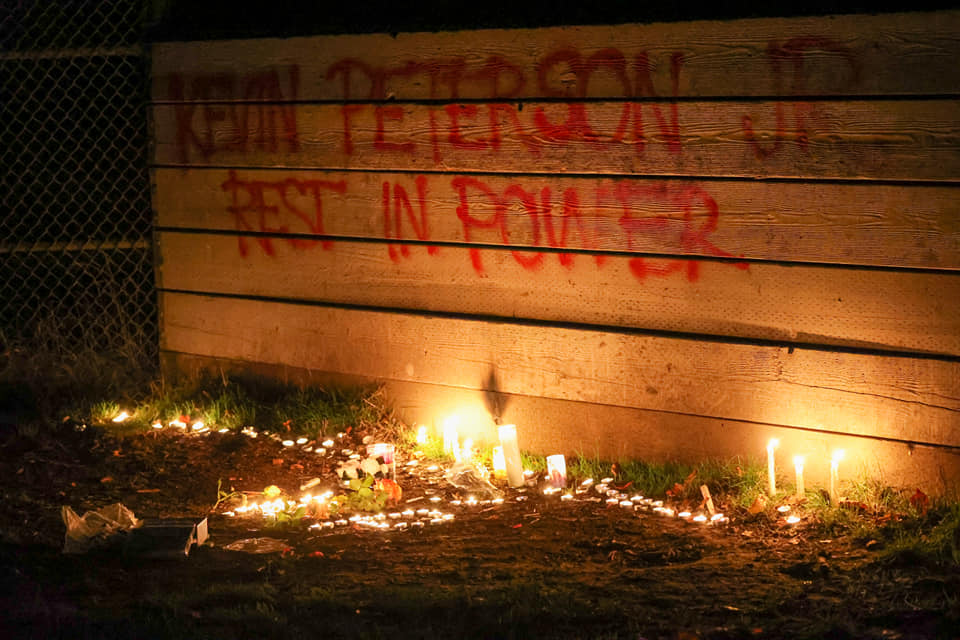 “Soon after the foot chase began, the man produced a handgun, and the officers backed off. A short time later, the subject encountered three Clark County deputies who all discharged their pistols. During the crime scene investigation, a Glock model 23, 40 caliber pistol was found near the deceased by independent crime scene investigators.”

Olivia Selto, Peterson Jr’s. girlfriend, reported she was on a video call at the time of the pursuit and witnessed Peterson Jr. get shot. She said that deputies did not check his condition as the call remained connected, and then terminated the call on the phone.

Back in Seattle, a group of approximately 50 people marched through the streets of the University District calling on bystanders to “get into the streets.” The march received a positive response from observers and gained several participants along Greek Row near the University of Washington. The Seattle Police Department reported that windows were broken at a Starbucks, and several arrests were made.