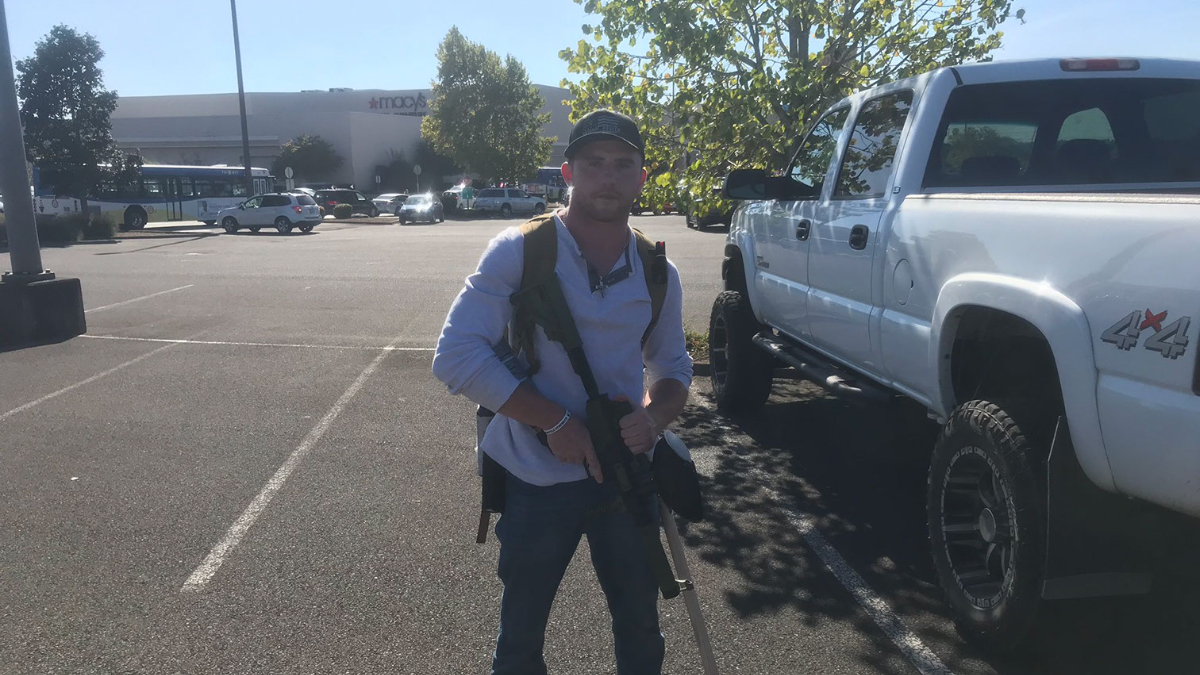 A right-wing demonstrator who gained recent prominence in Oregon is accused of assaulting six police officers during a December anti-mask rally at the state Capitol.

Chandler Pappas, 27, is being held in the Marion County jail on $250,000 bail after a judge deemed him a public safety risk. In addition to six counts of assaulting a police officer, the Portland man faces charges of first-degree burglary, riot and criminal trespass while possessing a gun.

Read more at The Oregonian