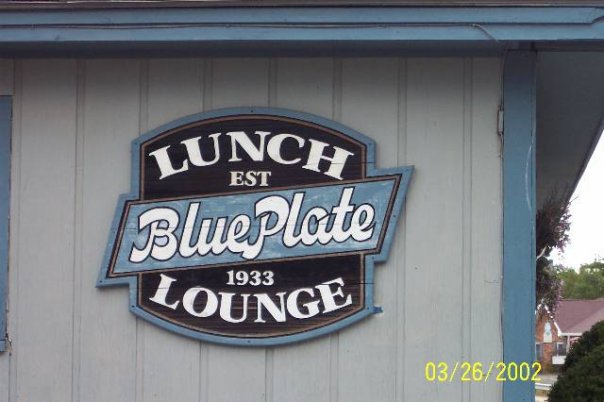 I grew up during a different time, a time of transition. My earliest memories are from the 1970s, although I am a product of the 80s to the core. My earliest memory of the news is Richard Nixon saying, “I shall resign the Presidency effective at noon tomorrow,” and my father cheering upon hearing those words. I had no idea what resign meant, or why my father was so happy, but by Nixon’s solemn appearance on our TV I knew to resign wasn’t good, and from my father’s reaction I knew that in his view, resign was joyous.

To put things in perspective, I grew up in an era without car seats or mandated seatbelts. As a child, you begged to sit up front in the middle spot between mom and dad, and you ate a whole lot of dashboard. I was on the receiving end of more than one fat lip or bloody nose from flying forward in an unexpected hard stop or two different car accidents. Vinyl bench seats were not known for providing grip, although they were perfect for roasting the flesh off of your body on a hot summer day.

Dad’s code word for going out to drink my problems away was, “I’m going out for cigarettes.” Occasionally I would get to go with dad for one of his cigarette runs. I have one vivid memory of one of these trips, but I can’t in my brain figure out if it was in 1975 or 1977. I know dad had a station wagon, and I want to say this was 1975, right before dad bought a 1975 Chrysler Newport, apparently, so says mom, drunk as a skunk when he did it. He also bought my sister a 1975 Plymouth Gold Duster in dark brown, with a tan interior and a Slant 6. My sister got a vastly better car.

Sidebar. I hated the Chrysler Newport. Even as a small child I hated that car with every fiber of my being. I have never owned a Chrysler product in my life, and I can’t say that any Chrysler product has held any appeal to me. The memories of that horror of a car burned in my brain. It was a hideous green on the exterior, with an even more hideous green interior, six-passenger seating with vinyl that would likely survive a nuclear war. The Newport had one of the worst electronic ignition systems ever created by man, and the car would be dead if it rained, snowed, was foggy, or sometimes even post carwash.

Growing up in an era where children were allowed in a bar (as is the case still in several states) I always felt special when dad would go to the Blue Plate Lounge and take me. I’m with the men. Manly men who sit quietly, grumble about the world, chain smoke, glance up at the TV to watch the Red Sox, or the Celtics, or the Bruins, or the Patriots, and drink.

At the time the bar was owned by a man named Paul Stacy. Paul was known as Tiny, and you already know the name is ironic. Tiny was 6’4” tall and weighed 300 pounds, and he was beloved. At my age, Tiny was like facing The Mountain in the Game of Thrones, but I remember him being very much like Hagrid of the Harry Potter novels. Affable, approachable, wise, and kind-hearted. I would sit at the bar with dad, my legs dangling from the stool, a candy cigarette in one hand and a rootbeer in the other. I am a man, a manly man pondering worldly problems. As dad would start to go numb and I would start to get bored, Tiny, ever welcoming, would entertain me or give me a snack so there I would sit, kicking my legs and swiveling the bar stool. I remember the smells, the sweetness of the root beer, the chalky gum flavor of the candy cigarettes, and that it was a cloudy day.

Once dad had medicated himself enough we climbed into the station wagon, dad driving home drunk with me in the car sans car seat or seatbelt, and we would always get home. I can even remember where my dad parked to this day and that he drove straight home. Come to think of it; I don’t know if he bought any cigarettes. I still can’t remember as much as I strain if dad had the 1972 Chevrolet or the 1977 Chevrolet station wagon, which would give me a better idea of the when. Dad somehow never got pulled over, never got in an accident while hammered as best as I know, and was always patient during these trips. I told you, this was a different time. These days I wouldn’t be allowed in the bar, dad would be locked up for child endangerment and drunk driving, mom would be under investigation for even letting me be with dad, and I would likely be in foster care while the mess was cleaned up. For that matter dad wouldn’t be able to get a couple of hours off the grid without a cell phone blowing up with, “where are you,” and, “on your way home can you stop at the Sentry Super and pick up a gallon of milk.”

I returned to the Blue Plate Lounge a couple of times through the years and found it almost completely unchanged. The last time I was there was almost five years ago with my wife, as I took her through my hometown to show her bits of my childhood. The same stools, the same bar, the same shelves, the same stage for bands. The TVs had become more numerous and were now flat panels; there was Keno run by the state of Massachusetts and more promotional materials from various beers and liquor brands. The drinks were still cheap, rootbeer was no longer my choice, and of course, smoking inside is no longer permitted. It enabled me to feel a remaining connection to dad to sit in those same stools, staring up in the same direction, and pondering life.

The Blue Plate Lounge was sold to new owners about a year ago, and last week the building, built in 1933, was torn down. The new owners will be building a new restaurant and bar in the same location, but it won’t be the same. Another physical piece of my past gone. A place where I will stand and say, “I remember when,” and almost no one will understand. I need to get back to my hometown and have one more tuna fish grinder from Orbit Pizza before that place too disappears into the past. However, that is another story.