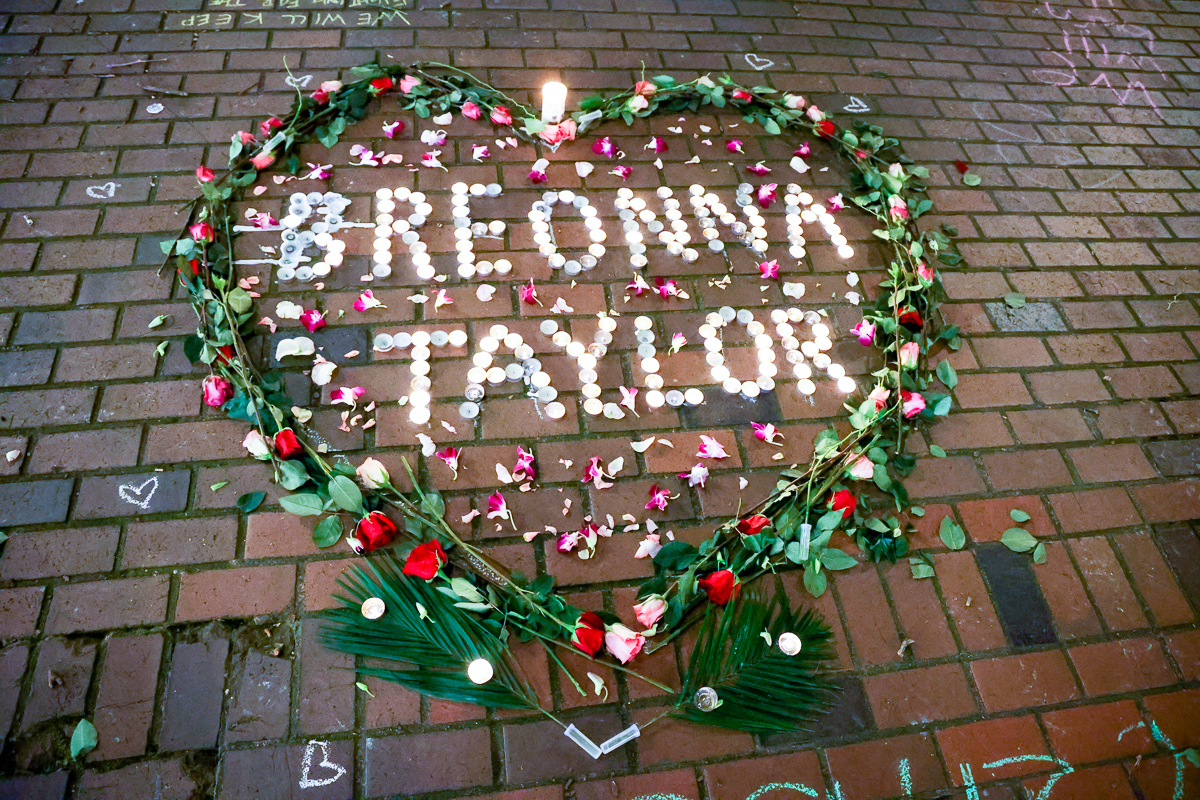 [LOUISIVILLE] – (MTN) A $2500 reward is being offered for the arrest and conviction of two individuals who were caught on a security camera vandalizing a mural of Breonna Taylor, less than a week after it was revealed. The mural located in Lannan Park in Louisville, Kentucky, was revealed to the public ten days ago.

The mural, painted on a recently renovated basketball court, featured Taylor and an urbanized version of the iconic “coexist” graphic. The project to create the mural was greenlighted by the city in August 2020, and involved local and national artists. Taylor’s mom, Tamika Palmer, was at the unveiling on June 4, and in an emotional statement said, “I’m happy…to have so many people, good people around to honor and support it.”

The surveillance video shows two individuals arriving on a small motorbike or scooter driving onto the court.

Palmer released a statement that said in part, “It’s very disappointing and heartbreaking that other people of the community would go to this length to say a black woman’s life didn’t matter, a woman who still deserves justice today.”

On March 13, 2020, Taylor was shot and killed by Louisville Metro police officers service a search warrant on her apartment. A lengthy investigation found that the warrant was issued under false allegations, the police did not follow proper procedures, and the person they were targeting for arrest was not only not in Taylor’s apartment, but was already in custody. Members of a grand jury commissioned by the state of Kentucky Attorney General Daniel Cameron claim they were never instructed to consider criminal charges directly related to Taylor’s death.

Breonna Taylor of Louisville, and George Floyd of Minneapolis, became eponymous within the Black Lives Matter movement that was reinvigorated after both their deaths.