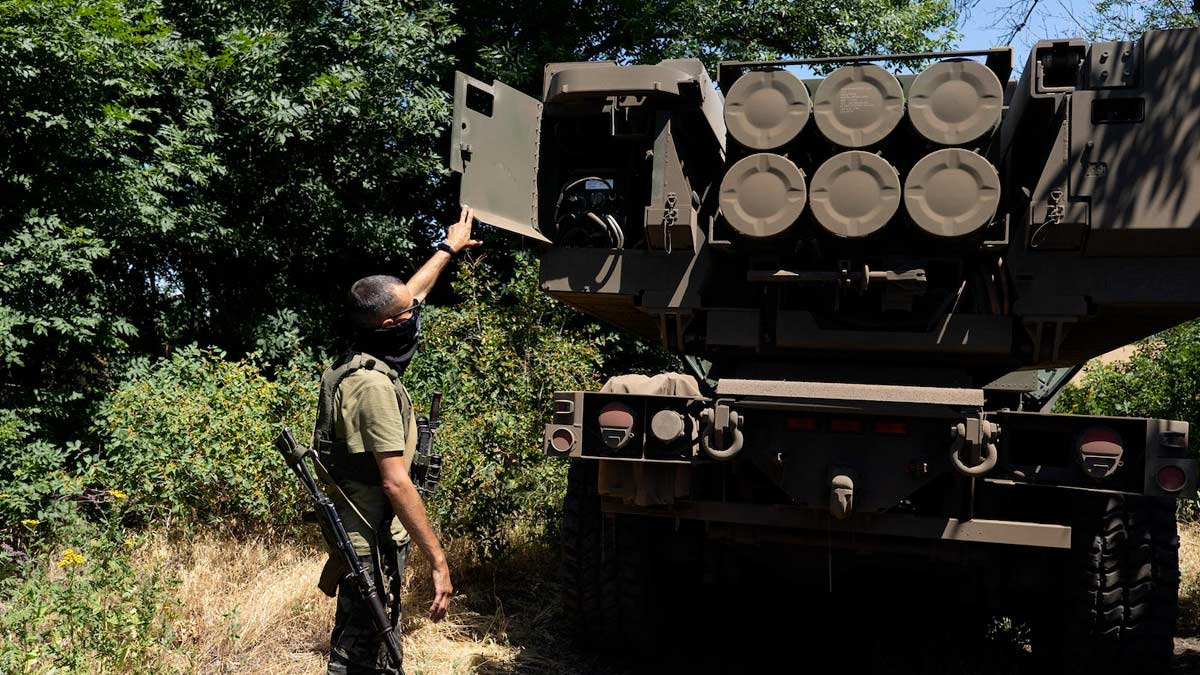 Luhansk – Russian forces did not attempt to advance from the administrative borders of Luhansk.

Northeast Donetsk – Russian forces made a reconnaissance in force advance toward Verkhnotoretske from the Verkhnokamyanka oil refinery, but they were unsuccessful.

Southwest Donetsk – Zaporizhia – Russian forces have started a broad offensive west of Donetsk, attacking Ukrainian positions. Some marginal gains have been made.

Kherson – In Kherson, Ukrainian forces are setting conditions to advance on Bruskynske from the Inhulets River bridgehead established in Lozove.

There are unconfirmed reports that the situation for Russian forces in Vysokopillya and those remaining in part of Arkhanhelske is becoming increasingly difficult. Both settlements are cut off from their Ground Lines of Communication (GLOC – supply line), and the remaining forces are technically encircled.

Rockets fired by HIMARS struck two locations in Nova Kakhovka. A big box hardware store holding a large ammunition depot was hit, producing a massive secondary explosion. A second area to the east was also hit. Additionally, an ammunition depot in Semenivka was targeted and destroyed in a rocket attack.

Mykolaiv – Russian S-300 antiaircraft missiles in a ground-to-ground capacity struck a busy bus stop, killing five, hospitalizing 12, wounding dozens, and killing some dogs that people were walking at the time of the attack

Kharkiv – Neither belligerent launched any ground offensives north of Kharkiv. Russian forces targeted the Kharkiv University of Agricultural Studies in a missile attack using S-300 antiaircraft missiles in a surface-to-surface capacity. The school was heavily damaged.

Ukrainian forces destroyed another Russian battery of artillery north of Izyum. The artillery unit was clustered in the tree line south of Sukha Kamyanka and suffered heavy losses by drone-directed counterbattery.

On July 27, rockets fired by HIMARS destroyed a base for the terrorist organization Imperial Legion working for PMC Wagner Group in Izyum. Video shot by Russian State Media and PMC Wagner Group tried to portray the strike as an attack against a grade school. The video released by Wagner showed the building was sandbagged with firing positions and had trenches and defensive positions dug around it.

Chernihiv – Operational Command North reported the settlement of Semeniv on the Russian border was shelled, with the town administration building damaged. There were no casualties reported.

Anatomy of a botched false flag attack at Detention Camp 52