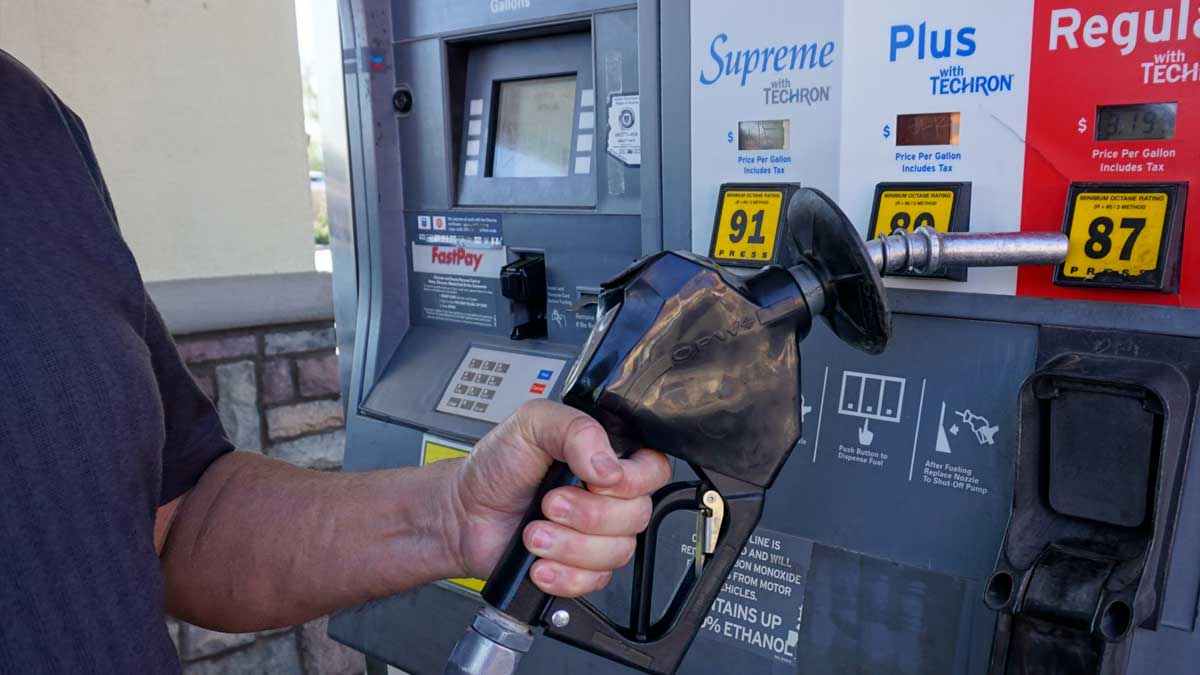 [SEATTLE] – (MTN) Yesterday scattered reports came in through the Puget Sound region of longer than normal lines at some gas stations as news spread of shortages in several southeastern states. Overnight the national average for the price of gasoline broke $3.00 a gallon for the first time in 7 years, while scenes of hoarding gasoline into tubs, trashcans, and in one case a plastic bag flooded the Internet. Anyone worried about gasoline shortages in the Pacific Northwest can relax, and so can almost all Americans.

The Colonial Pipeline feeds 45% of the gas, diesel, and aviation fuel used on the east coast from Texas to the northeastern states. The line was crippled by a Russian ransomware attack on Friday, and pipeline managers had to shut down operations to keep the attack from spreading to other systems. Over the weekend it appeared that operations would resume by Tuesday, but then officials said it may not be until May 15, or longer. That’s when the panic buying started.

On the east coast, Asheville, North Carolina was one of the first cities to report gasoline station closings, and spot closures spread through mostly southeastern states. According to TTAC, only 7% of the gas stations in the southeast were reporting they had run out of fuel. Like toilet paper just a year ago, buyers rushed to gas stations to buy every last drop, filling every container, including unsafe ones, with the fuel.

The issue spiraled from the comical to the dystopian with fights breaking out at gas stations. In North Carolina, 2 people were arrested after a fight described as, “wild,” erupted after a woman tried to cut into a queue for gas, and then rammed a car.

The Pacific Northwest is nearly a closed-loop for vehicle and aviation fuel. The Pacific Ocean and the Rocky Mountains create natural boundaries that make it challenging to ship crude and refined products to our region.

For oil tankers, the trip from the Middle East is a long journey to our corner of the country. The Rocky Mountains prevent large pipelines from reaching our region, so almost all of the crude oil that is turned into fuel for the Pacific Northwest comes from Alaska and is refined in Washington state. Because refineries have to be calibrated to accept certain crude oil products based on the viscosity and how sour it is, using Canada tar sand oil isn’t a viable alternative.

Because Washington and Oregon, and parts of Idaho and California, are in this isolated region our supply is unique and isolated from disruptions east of the Rockies. However, our region is not isolated from national price fluctuations. The Pacific Northwest bears the brunt of market price increases when national averages increase, even when our supply chain isn’t disrupted. There is additional price pressure with the Memorial Day weekend, and the start of driving season, less than 3 weeks away.

Earlier today, officials from Colonial Pipeline announced that fuel was once again flowing, days ahead of schedule. It will take several days for the fuel supply to stabilize, but the best thing consumers can do is not panic buy.

The Russian hacker group DarkSide claimed responsibility for the ransomware attack, but stated they were only interested in making money, and not committing an act of aggression. Russian officials distanced themselves from the group, citing they had no involvement in the hack, and that it was not state-sanctioned.

Over a 9 month period in 2020, the Russian government committed a series of cyberattacks on multiple United States government agencies in what is called the worst breach of government data security in history. Known as the SolarWinds attack, Russian agents used software vulnerabilities within SolarWinds, VMware, and Microsoft. The scope of the attack was revealed in December 2020.

Taunts, slurs, and chants but mostly calm at Bellevue protests

He claims his boss basically brushed it off

I had a great interview with @ntkallday for @SeattleGayNews and @MalcontentmentT. I can't wait to share it with you in the coming weeks. https://twitter.com/ntkallday/status/1440174542924640268

Been seeing a a handful of people say that abolition is about making everything legal and making all victims suck it up. Whether said out of ignorance or to pander to fear, it's just not true. So what is abolition?