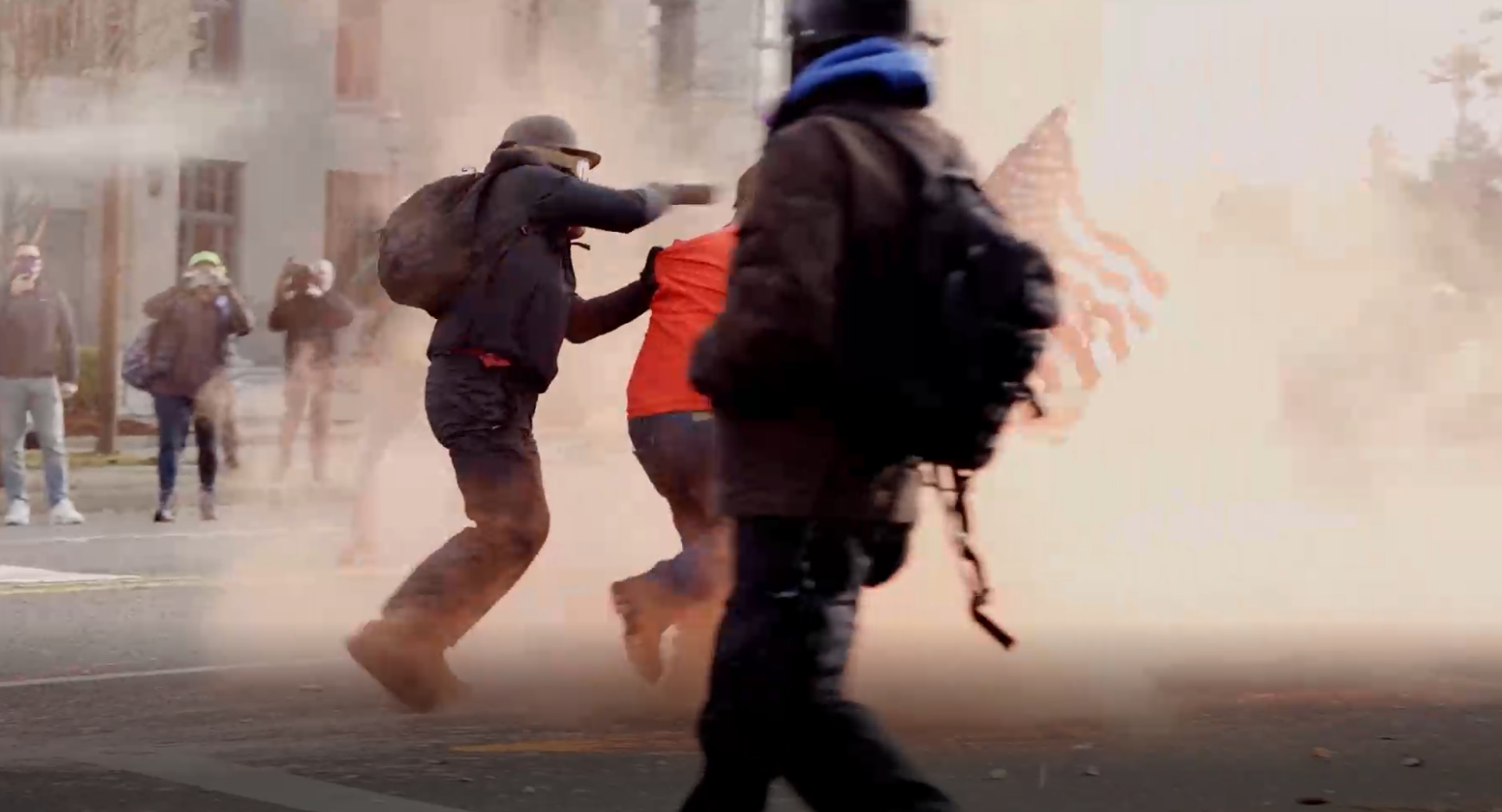 Stop the Steal and anti-mask protesters clashed with counterprotesters in Olympia, Washington. When it was over there were three arrests and one person shot.

Forest Machala is facing first-degree assault charges, the equivalent of attempted murder in Washington state, for his actions on December 12, 2020.