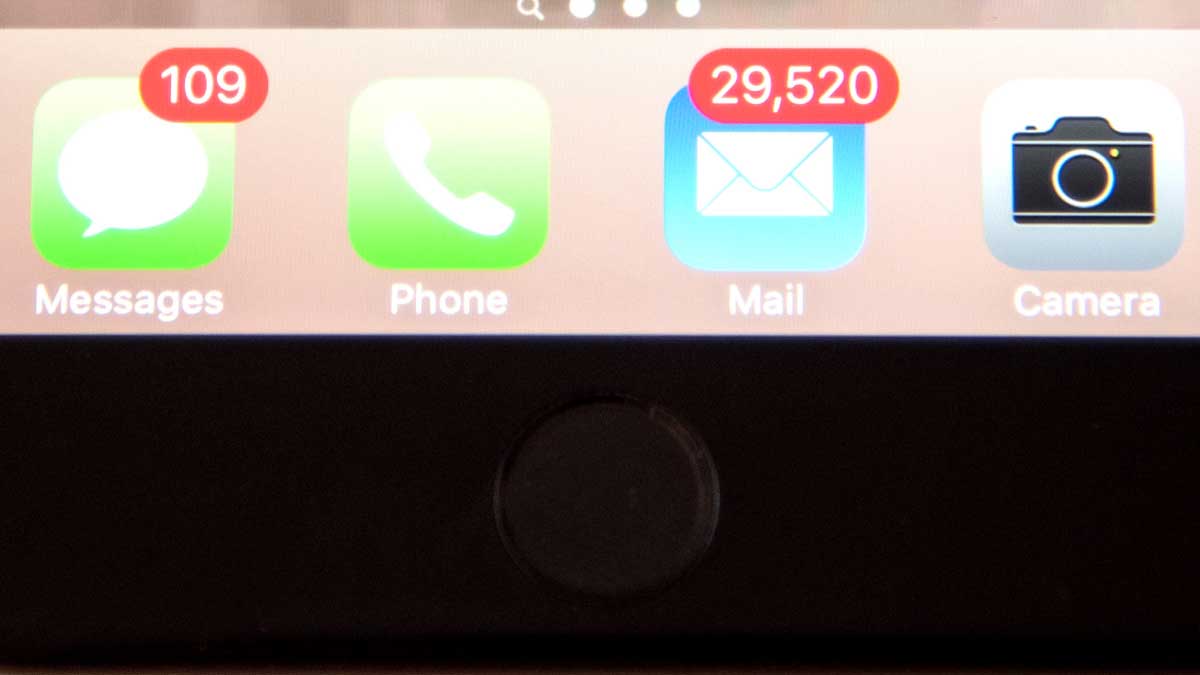 [SEATTLE]- (MTN) Almost 3 weeks have passed since Wayne Barnett, Executive Director of the Seattle Ethics and Elections Commission, notified Mayor Jenny Durkan her legal counsel is believed to have violated the Public Records Act by excluding text messages in numerous public record requests. In March, Stacy Irwin filed a whistleblower complaint that the mayor’s legal counsel, Michelle Chen, had directed Irwin and her co-worker Kim Ferreiro to “narrowly interpret” public information requests to exclude text messages. The May 6 Investigative Report revealed that all text messages from Mayor Durkan from August 28, 2019, to June 25, 2020, were deleted from her phone and not retained in any cloud-based account associated with her government-issued device.

Less than a week later, it was revealed by the city attorney’s office that text messages are missing from at least 8 more city officials, including former Police Chief Carmen Best and Fire Department Chief Harold Scoggins. Among the remaining 6 unnamed officials, 5 are alleged to be within the Seattle Police Department.

“The idea that any agency’s compliance with the law would depend on an individual employee’s memory is grossly irresponsible,” said Toby Nixon, recently retired President of the Washington Coalition for Open Government (WCOG) and a Kirkland City Council member.

For the last 3 weeks, this appears to be part of the Mayor Office’s defense for the missing texts. It has since been revealed Mayor Durkan’s device was set to retain her text messages for only 30 days, the shortest possible setting. In an interview with local station KCPQ, Durkan denies changing her government-issued device settings herself and does not know who set up her device that way.

What appears to be a nearly year-long effort to avoid revealing the missing texts, the federal lawsuit against the city for the death of Lorenzo Anderson on the edge of CHOP in 2020, exposed the lapses.

“This must stop, and even worse, these lapses in transparency disproportionately impede justice sought by those impacted by the events of last summer. It shouldn’t take the death of young Black men to reveal the issues affecting our city.”

For 48 public record requests going back to 2019, Irwin and Ferreiro were directed by Chen not to inform the requestors that text messages provided by Mayor Durkan were incomplete or recreated from other sources. In the investigation done by Ramsey Ramerman, who was retained by the city as an independent investigator, Chen’s responses were called out as “refuted by her own statements.” Chen claimed that Irwin and Ferreiro exercised their “independent discretion” when responding to requests for the mayor’s text messages. Still, Chen’s emails refuted this claim, and the investigators found she was “not credible.”

“…Chen notes in her May 4 letter that in March 2021, she did agree with Ferreiro’s suggestion about providing an explanation when producing the recreated texts. But documentation provided with the Complaint shows that prior to March 2021, Chen rejected similar advice…”

In at least one public information request, the party was able to identify that the texts provided were not from the mayor but recreations and filed an appeal. Irwin and Ferreiro told Chen they should explicitly inform the requestors that the Mayor’s Office was providing recreated text messages from other sources.

The report ultimately determined that Chen’s actions violated “best practices,” but she did not violate Washington state laws by her actions.

The most egregious allegations involve 48 public records requests. When the Mayor’s Office determined that Durkan’s texts were unrecoverable, Chen directed Irwin and Ferreiro to narrow the scope of the public record requests to leave out the texts. Of the 48 cases, 28 are either still open or received recreations. Twenty cases had the text messages left out, and 3 of those cases were closed.

The report revealed that interpreting requests this way was a significant change from how the Mayor’s Office handled earlier cases. Before fall 2020, the office would include texts for similar requests. Further, after the period of missing texts had passed in July of 2020, the Mayor’s Office returned to providing the text as part of public information requests.

Investigator Ramerman wrote that Chen’s actions violated the Public Records Act and were improper government action. According to the report, Chen claimed she didn’t have enough time to respond to the request. The report disputes that, stating she was notified on April 6, she had deep involvement in tracking the cases with missing texts and commented in a hidden column within an Excel spreadsheet to hold a narrow scope on specific requests.

The report provided 4 examples taken from the tracking Excel spreadsheet with Chen’s direction in the hidden column. Request C059261, “Any and all documents, emails, texts, voice messages, etc., surrounding the decision to withdraw from the SPD East Precinct Building between May 25th, 2020 and the present.” Chen noted in the hidden column, “No – this does not specifically ask for JADM texts. Does not apply to her.”

Another request, C059884, requesting all records of communications, including texts, “that reference an FBI-reported threat to the east precinct,” was noted, “No [sic] – this request doesn’t even mention MO.”

The survivors of Lorenzo Anderson, who died in the early morning hours of June 20, 2020, filed a federal lawsuit in April against the city. Anderson died on the edge of CHOP after being shot by Marcel Long, 18. Donnitta Sinclair, Anderson’s mother, is suing the city for negligence and violating Anderson’s 14th Amendment rights.

Allegedly, this is one of the cases where requests for texts are impacted by the failure to retain the records.

Is there a broader cover-up at City Hall

It has been a year since the first protests related to George Floyd started in Seattle and over 650 communities across the United States. A year later, Derek Chauvin was convicted of George Floyd’s murder. Numerous agencies have disciplined or fired police officers and leaders for their actions in the days and weeks after. Seattle and Portland join Louisville as cities dealing with scandals on multiple levels or lack accountability and transparency for decisions made by leaders.

The Mayor’s Office and Durkan have been on the defensive. The revelation on May 13 that the texts of Best and Scoggins are also missing, along with up to 5 higher ranking SPD officers, indicates there are much more profound questions. Critical events in June 2020 were Scoggins, Best, and Durkan would have likely been in near-constant communication:

The Seattle Office of Police Accountability has spent almost a year investigating who ordered the evacuation of the East Precinct. Director Andrew Myerberg told Converge Media that a report was 2 months away, but nearly 4 months has passed. In an interview published by KUOW today, former Police Chief Best continues to insist she was against the evacuation of the East Precinct, was not informed of the decision, and that it was a “command decision.”

In contrast, Minneapolis has completed reviewing who ordered the 3rd Precinct evacuation and has convicted the individuals involved in the fire set on May 28, 2020.

In another investigative report, KUOW determined in the minutes following the Lorenzo Anderson shooting, chaos paralyzed the Seattle Fire Department’s response. First responders did not go to the correct previously arranged meeting point on the edge of CHOP, and Seattle Police were also in the wrong location.

The city claims Seattle Fire Chief Scoggins texts cannot be accessed because the password to the device is unknown. “A properly-managed agency messaging infrastructure would have automatically copied and archived the messages without any action required by the employee,” Nixon told us. Before becoming President of WCOG, Nixon served as the ranking member of the State Governments Operations and Accountability committee in the Washington State House of Representatives 2003-2006. In 2005 he worked on the bill that reorganized the public records portion of the Public Disclosure Act (Initiative 276) into a separate chapter of law – the Public Records Act, RCW 42.56.

“In particular, mobile devices are so easily damaged, lost, or stolen that no agency can depend on the devices themselves to be the primary storage mechanism for compliance with records retention laws,” Nixon continued, “Off-device backup is essential.”

To the issue of a lost password preventing access to the text, Nixon said, “You would not want devices that are easily stolen to also be easily cracked. For an agency-owned device, it would be ideal for an administrator to be able to have access even if the user loses their password.”

What should the city of Seattle have done

According to Nixon, a lot more than what the city of Seattle did. We asked if it would be typical for a government entity to delete texts more than 30 days old, and the short answer was, “no.”

“Most modern devices have ample memory to hold text messages for a very long period of time.” Nixon said. “[Device] manufacturers and wireless carriers know that the vast majority of people do not want such behavior; the default is to keep messages as long as possible, and it takes intentional action to change the configuration of the device from automatic retention to automatic deletion. Whether it was the mayor, or her staff, or the city IT department, who changed this setting, it was grossly irresponsible to do so when the law so clearly states that automatic deletion is illegal.”

The city claims they have spent “hundreds of thousands of dollars” in an attempt to recover and rebuild the communications between Durkan, Scoggins, and Best, along with at least 6 other city officials.

In a Spokesman Review story on May 22, Megan Erb, a spokesperson for the IT department, said, “all three phones used by Durkan were “Set up in accordance with our standards” and then “handed over to her staff.” Since making that statement a week ago, Erb has avoided all further inquiries into the topic.

When it comes to recovery, there are questions on how hard or complex it would be. Nixon explained, “All wireless carriers retain text messages on their servers for some period of time – some for quite a long time. Mostly this is to allow a user to restored them to a replacement device if their device is damaged, lost, or stolen.”

“Because records retention laws are so strict, many public agencies do not depend on individual users or wireless carriers to preserve messages. There are applications available that will periodically (e.g., daily) connect to an agency’s wireless carrier and download all text messages for agency-owned or managed devices and store them in secure backup to ensure retention schedules are met.”

In the May 6 letter to Mayor Durkan, Executive Director Barrett indicated the Mayor’s Office has 60 days to respond with what action will be taken against Chen due to her conduct.

As for the city itself, City Council President and 2021 mayoral Candidate Lorena Gonzalez announced that she, along with City Attorney Pete Holmes, is working on creating an independent organization to handle public document requests to the Mayor Office.

Absolutely incredibly journalism from @UR_Ninja and an investigation into Patriot Front