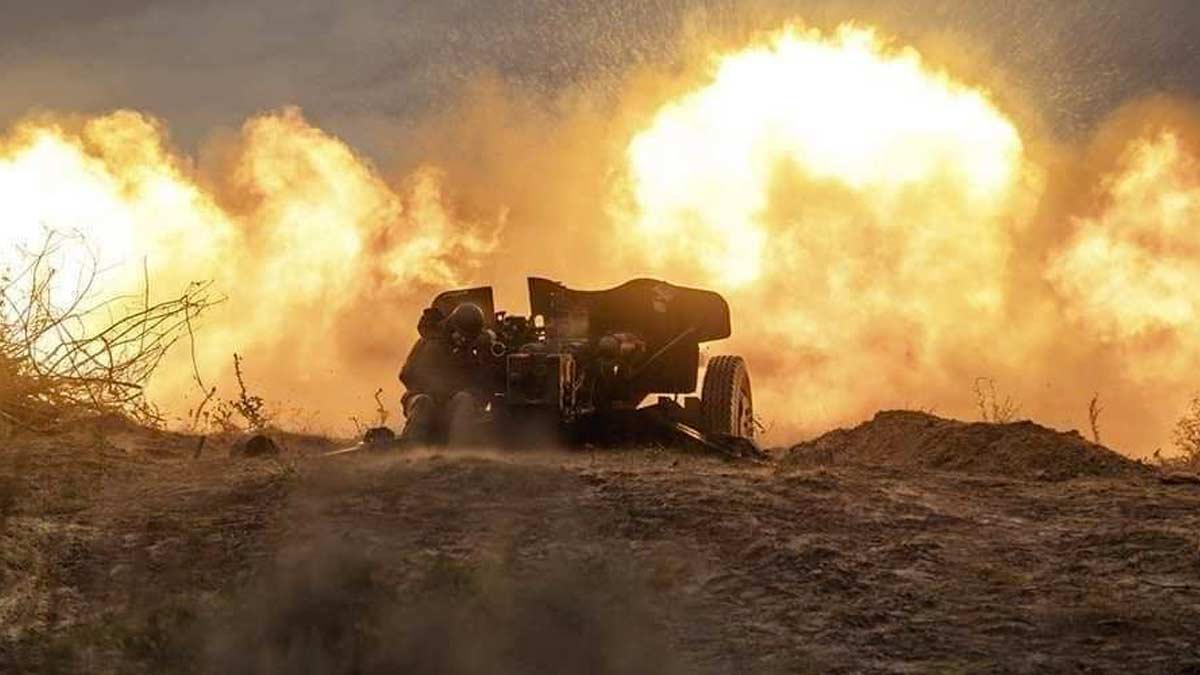 Luhansk – Russian troops tried to advance from the Verkhnokamyanka oil refinery toward Verkhnokamyanske and were unsuccessful. Ukrainian forces are well entrenched on the ridges west of the plant, enabling effective artillery fire in the valley that has to be crossed to reach Verkhnokamyanske.

Serhiy Haidai, the Luhansk Regional State Administrative and Military Governor, reported that artillery fire has intensified, and Russian forces are throwing their tank reserves into battle in an attempt to advance from the Verkhnokamyanka oil refinery.

Northeast Donetsk – Russian forces attempted to advance on Hryhorivka, likely from Zolotarivka, and were unsuccessful.

Russian forces fired artillery at Ukrainian positions in Berestove. Also, they launched an air strike, indicating that elements of the 1st Army Corps of the Donetsk People’s Republic (DNR) were pushed out of the settlement or never captured it as claimed on July 21.

Bakhmut – Near Bakhmut, Russian forces attempted to advance on Ukrainian positions in Stryapivka, supported by the Russian air force. They were unsuccessful.

Fighting continued in the Svitlodarsk bulge, but Russian attacks have been getting smaller over the last two weeks. Under-staffed platoons attempted to advance on Vershyna and the Vuhlehirskaya Power Plant from Myronivka. Neither attack was successful and Russian forces suffered heavy losses.

A second advance attempted to push Ukrainian forces out of Novoluhanske and Dolomitne and was also unsuccessful, with poorly trained and under-staffed platoons suffering heavy losses.

Southwest Donetsk – Zaporizhia – In the south Donbas, there were scattered artillery exchanges from Horlivka to Donetsk city to Velyka Novosilka in the Donetsk Oblast and Hulyaipole to Orikhiv in the Zaporizhia Oblast.

Kherson – In Kherson, Russian forces are attempting to stop the flow of Ukrainian forces over the Inhulets River and have been unsuccessful. Russian forces advanced from Mala Seidemynukha toward Andriivka and were pushed back.

Russian forces also advanced from Davydiv Brid toward Bilohirka and were unsuccessful.

There are social media reports that Russian forces are encircled in Vysokopillya. Our team is surprised there is still a sizeable Russian presence in the settlement. We had determined that continued occupation was untenable in late June due. However, we don’t see how other analysts concluded that there is an encirclement of Russian troops in Vysokopillya.

Dnipropetrovsk – Nikopol was attacked with rockets fired by MLRS for the fourth day in a row. Up to 100 rockets hit the city, causing widespread damage and killing one person. Eleven homes were damaged, along with the railroad line that serves the city, natural gas, and water lines.

Kharkiv – Russian troops attempted to advance on Pytomnyk for the second day in a row. The advance was unsuccessful. The settlements of Udy, Zolochiv, Slatyne, Ruska Lozova, Petrivka, Dementiivka, Velyka Babka, and Rubizhne [Kharkiv] were hit by artillery.

Izyum – Russian forces did not launch any offensive operations along the Izyum axis.

Sumy – Dmytro Zhyvytskyi, head of the Sumy Military Administration, reported that Bilopol, Znob-Novogorod, and Shalyginsk were hit by mortar fire and self-propelled grenades from Russian forces firing from across the international border. There were no injuries or damage reported.

Hyundai subsidiary under investigation for using child labor in Alabama

Eradicated in 1979, community spread of polio returns to the United States