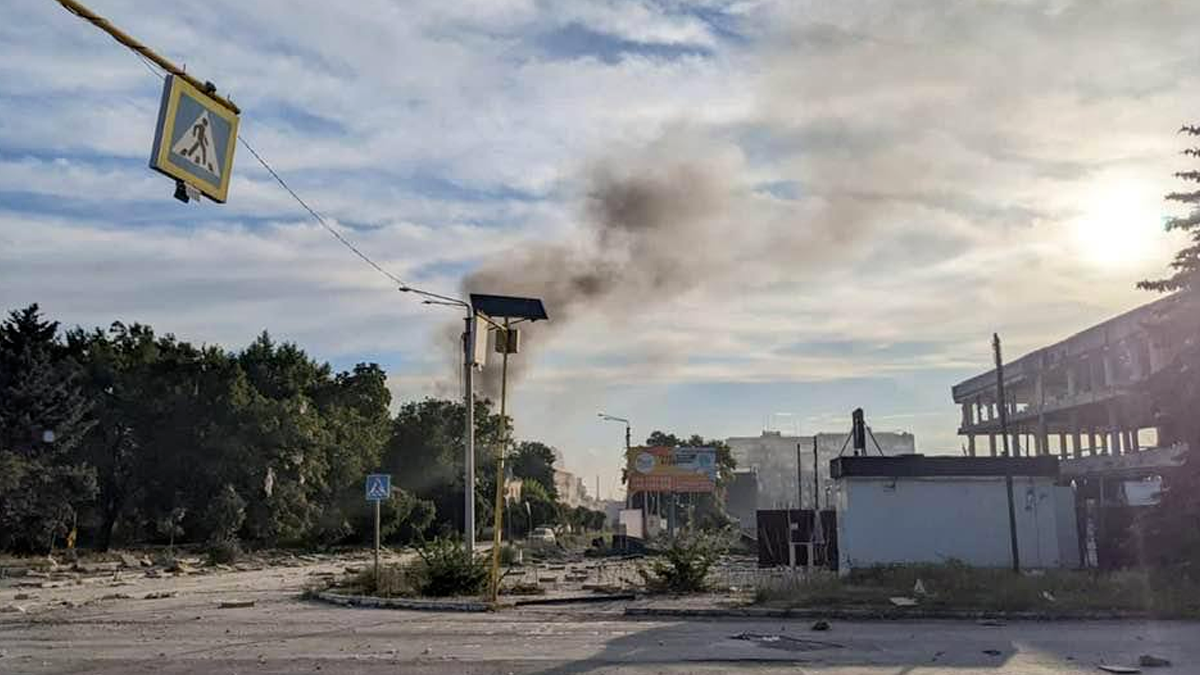 Severodonetsk – Lysychansk – Ukrainian forces were ordered to withdraw from Lysychansk after the Verkhnokamyanka oil refinery and Pryvillia were captured. With the Lysychansk-Bakhmut T-1302 Highway Ground Line of Communication (GLOC – aka supply line) severed and the Sivesk-Lysychansk GLOC under pressure, The General Staff of the Armed Forces of Ukraine decided the risk of encirclement had become too great. Additionally, Russian forces unleashed the largest artillery barrage since the collapse of the Zolote-Hirske salient. Luhansk Regional Administrative and Military Head Serhiy Haidai confirmed the withdrawal.

Russian state media showed Russian and Chechen forces in the center of Lysychansk and the southern regions on the plateau. It is estimated that up to 10,000 civilians remain in the city once home to 95,000.

There weren’t indications of large numbers of Ukrainian troops being captured or the abandonment of significant quantities of heavy weapons.

Ukrainian forces fell back to preprepared defensive positions in Siversk. Due to the ongoing Ukrainian withdrawal, the renewed line of conflict is very difficult to define.

Fighting continued in the Svitlodarsk bulge for control of the Vuhledar Power Plant.

South Donbas – Zaporizhia – Russia-backed separatists of the Donetsk People’s Republic 1st Army attempted an advance on Novomykhalivka and were unsuccessful.

Ukrainian forces destroyed an ammunition depot in the city of Yasynuvata near Donetsk.

In the Russia-controlled port city of Berdyansk, salvage engineers raised the Large Landing Ship (LLS), Saratov, from the bottom of the harbor. The Saratov was sunk on March 24 during a Ukrainian cruise missile attack, damaging two additional LLS and severely damaging a civilian cargo ship.

To replace equipment losses, the Russian Ministry of Defense is transferring 40 to 67 tanks from Zaporizhia to Kherson.

Mykolaiv – Up to 12 Russian Onyx cruise missiles hit the city of Mykolaiv. The missiles targeted the port and grain storage.

Kharkiv – North of Kharkiv city, Russian forces attempted to capture Dementiivka and were unsuccessful. Russian forces attacked Kharkiv with Iskander-M Short Range Ballistic Missiles SRBM), with several strikes in the city and the suburbs of Cherkaska Lozova and Derhachi.

Russian Federation – Missile debris from a failed Iskander-M launch or possibly from a Russian antiaircraft missile fell onto the city of Belgorod, Russia. Local authorities reported dozens of homes were damaged, and three civilians were killed. The Russian Ministry of Defense accused Ukraine of firing a Tochka-U missile armed with cluster munitions on Kursk, but later retracted the accusation and claimed it shot down three Ukrainian missiles.