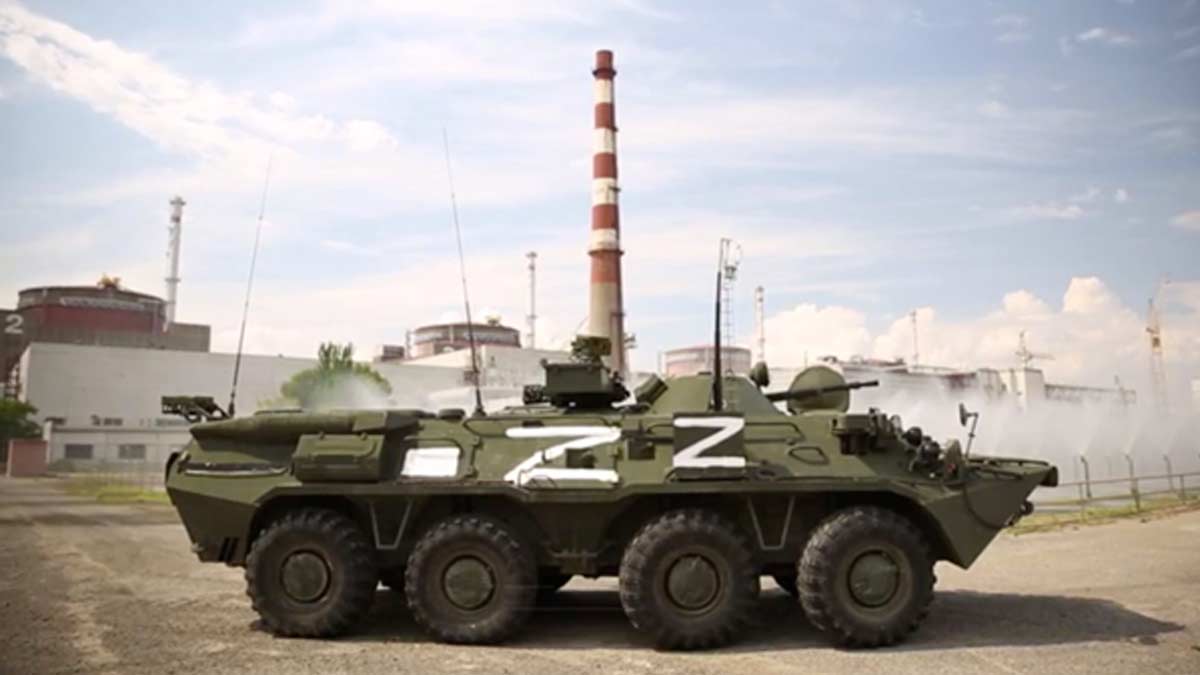 [UKRAINE] – MTN It has been 26 weeks since Russia’s widespread invasion of Ukraine and 3,100 days since Russia occupied Crimea on February 27, 2014. Here is our latest update. You can visit our Russia-Ukraine War Center to find more news about Ukraine. You can also listen to our in-depth podcast, Malcontent News Russia Ukraine War Update, hosted by Linnea Hubbard.

In the Svitlodarsk bulge, Russian forces fought positional battles south and east of Kodema but did not improve the tactical situation. There were reports of fighting around the train station at Mayorsk.

The 1st Army Corps of the Donetsk People’s Republic (DNR) lost control of parts of Pisky. Separatist troops attempted to push Ukrainian forces out of their positions in the direction of Pervomaiske but were unsuccessful.

Unable to advance further into Marinka, Russian forces attempted to flank Ukrainian positions but failed to advance into Pobieda.

On the Donetsk-Zaporizhia administrative border, Russian forces attempted to advance on Pavlivka and continued to press toward Velyka Novosilka but did not move the line of conflict.

Russian forces attempted to advance on Dolyna. Due to diminishing artillery support, lack of fire control, and the advance conducted mainly by conscripts and unskilled forces, the attack was unsuccessful. There was an attempted advance in the direction of Nova Dmytrivka by a small Russian force, but they were sent back to Sherwood Forest.

Ukraine struck the Kakhovka Bridge again with rockets fired by HIMARS. The bridge was severely damaged. The Antonovsky Bridge was attacked twice overnight. Its condition is unknown.

Several sources reported that Russian airborne troops (VDV) attempted to advance north from Oleksandrivka [Kherson] but could not traverse the open fields.

Russian troops tried to expand their area of control north of Blahodatne [Mykolaiv]. Due to the canal north of the town, only a small force could advance through a chokepoint and suffered heavy losses.

Russian forces attempted to break through Ukrainian lines near Arkhanhelske, trying to advance in the direction of Mykolaivka [Kherson] and were unsuccessful.

The situation at the Zaporizhzhia Nuclear Power Plant is unchanged, with rhetoric and accusations continuing by both belligerents.

In a stunning news report on August 24, Russian state media released a video that shows Russian BTR-80 infantry fighting vehicles within the power plant compound by Reactor 2. Russian occupiers claim they arrested two Ukrainian spies working for Energoatom. Leaders of the military garrison at the power plant allege that the duo documented military troop movements and equipment located at the plant and was sharing the information with Ukrainian officials.

Nikopol and Marhanets were shelled again by rockets fired by MLRS from across the Dnipro River. The attack was much smaller than at the start of the month, with 11 Grad rockets damaging homes.

Russian missiles struck the railway station in Chaplyne, which was full of civilians at the time The attack killed 25 and wounded 31. Just before midnight and about 20 kilometers away, Russian missiles crashed into the town of Velykomykhailivka, wounding eight as they slept in their homes.

Two Russian missiles struck the Vyshhorod area north of Kyiv just after midnight. There were no reports of injuries.

At least one Calibr cruise missile launched by the Black Sea fleet slammed into the ground near Myrhorod in the Poltava oblast. The Russian Ministry of Defense claimed they hit the Ukrainian air force base outside of the city, but video after the attack showed the missile successfully carved out a six-meter-deep crater in the middle of a dirt road.