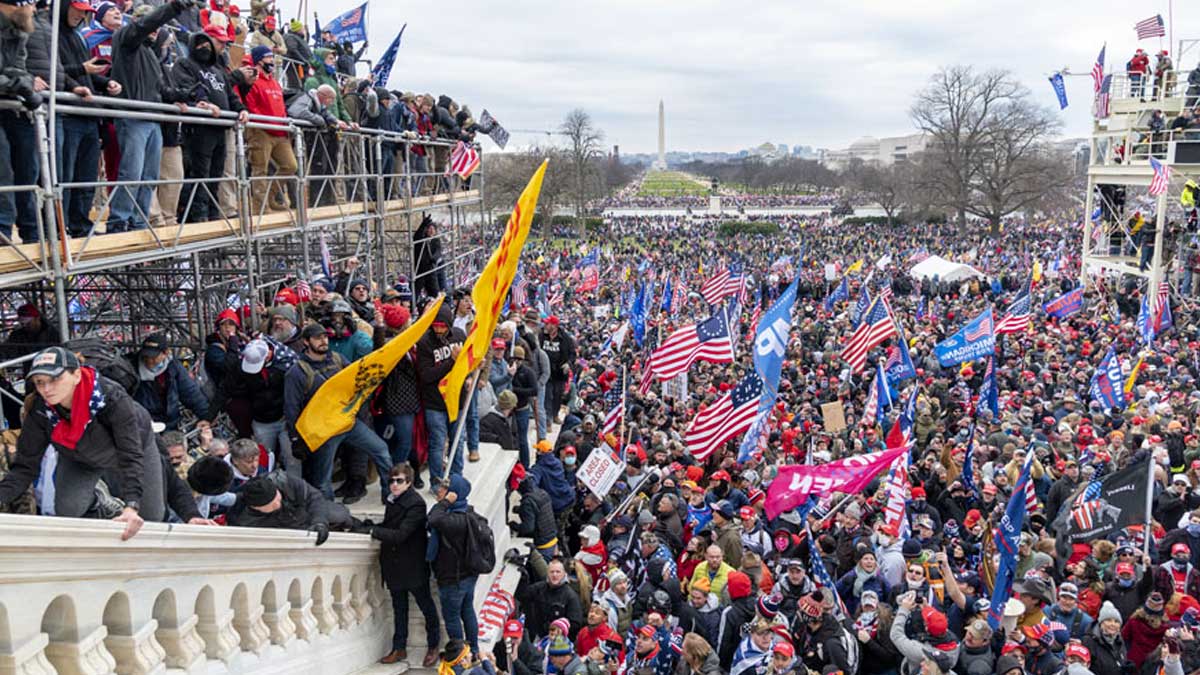 [SEATTLE] – (MTN) Researchers have tentatively identified the names and backgrounds of the 6 Seattle police officers who attended the Stop the Steal rally that devolved into an attempt to stop the certification of the 2020 election. Crosscut and our researchers had identified three officers previously.

The six Seattle police officers who allegedly were in Washington, D.C., during the insurrection are:

SPD listed Scotty Bach as an Acting Police Lieutenant assigned to the Southwest Precinct on October 15, 2020. The data shows he was an Acting Lieutenant through January 6, 2021, and returned to the rank of Sergeant on January 7. Bach is currently under investigation by the OPA for three separate incidents.

Sergeant Jacob Briskey has been the subject of multiple uses of force complaints, and the city of Seatle had to pay a $269,000 settlement in 2009. In that case, Romelle Bradford sued for being wrongly arrested by Briskey and being “roughed up,” per a Seattle Times report in 2008. The city appealed the finding and ultimately lost the case.

Alexander Everett and Caitlin Rochelle were previously identified as a married couple who went to the January 6 Stop the Steal Rally. Acting Chief Diaz suspended the couple with pay after other officers came forward and reported their activity in Washington, D.C. They were married in December 2020, and it is reported that the trip to hear Donald Trump speak was their honeymoon.

Jason Marchione is assigned to the South Precinct, and Crosscut previously revealed his attendance at the insurrection on January 6. Marchione and Rochelle are coworkers who work on the same shift. Marchione has had six OPA complaints since he started with SPD in 2017, and almost half of the use of force claims against the officer have been made by Black people. In one case, a Black man claims that Marchione broke the man’s wrist during a “hard takedown.”

Michael Settle is an Acting Police Sergeant Detective specializing in human trafficking. Little is know about Settle beyond a single investigation in 2010.

A court hearing was initially scheduled for April 2, 2021, to review a temporary injunction, but that hearing was declared moot.

Andrew Myerberg, the director of the OPA, told NPR, that officers are entitled to their political views, and the investigation will look into whether SPD policy was violated. The OPA added that if the officers committed federal crimes, they would work together with federal investigators.

The OPA has 180 days to release its findings of the officer’s activities to the public. Those results would be published in June and early July of 2021.

We have identified the rune symbol in Robert "Bobby" Crimo III videos, social media, and patches

Here is Robert "Bobby" Crimo III, dressed in the same suit and tie in pictures circulating, with a group of Trump supporters waiting for his motorcade to pass by as people wave flags and cheer