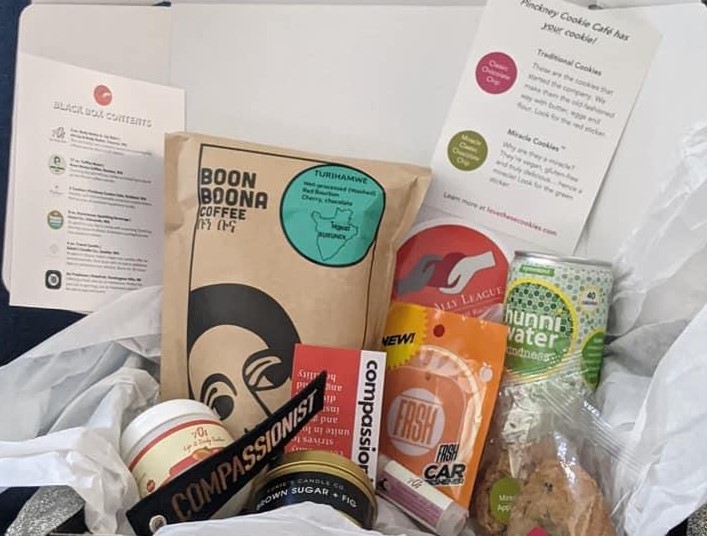 Kesha Rodgers started The Ally League with her friend Sara So to help promote and support Black businesses and dismantle systemic racism. The events of 2020, including the resurgent Black Lives Matter movement and the disproportionate impact of COVID on the BIPOC community, created opportunity and hardship. As working moms, Rodgers and So realized that people wanted to support the Black community but didn’t have the time or resources to engage actively. The mission of The Ally League is to promote and support Black-owned businesses while enabling allies to learn about the available products.

“We wanted to move people from performative things like changing your square black on Instagram,” said Rodgers. “What are things that can actively and meaningfully make a difference? [Things] that will engage people who are less likely, and maybe unable to protest so that anyone can be actively anti-racist.”

“We had so many ideas on how to help,” Rodgers continued, “but the fact that so many businesses are failing, a lot of it has to do with exposure. There is an assumption that if a product has a Black person on the front of it, it is only for Black people. There are so many products that if they were in someone’s hands, they would buy them over and over again.“

You can place your order for a $25 Mini Black Box or a $75 Premier Black Box at The Ally League. Although supplies are limited, So indicated they would do a second run in early 2021. As an additional service that supports the Black community, The Ally League can create custom and co-branded boxes with items from Black-owned companies for corporate giving and events.