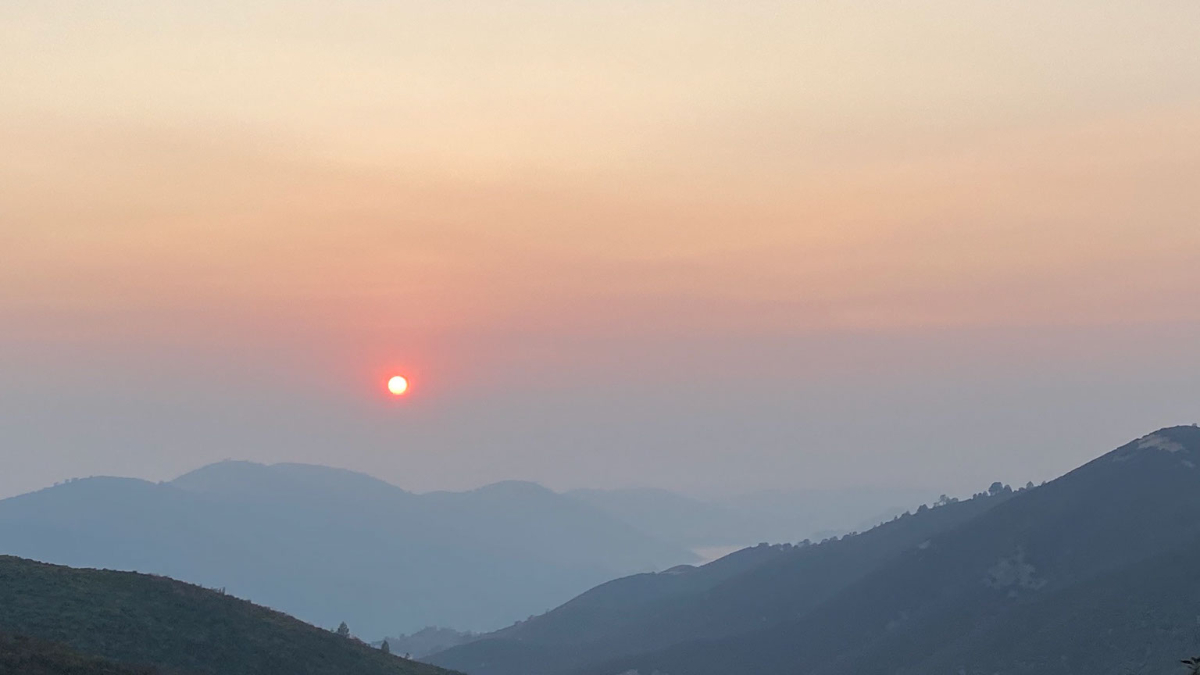 [KIRKLAND, Wash] – (MTN) After a few brushes with smoke this summer which gave us orange skies and bright sunsets, forecast models are pointing to the region’s luck running out next week. After tying the second-longest dry streak in Seattle history and a cool wet weekend ahead, Seattle’s smoke season appears to be arriving next week.

A shift in the wind next week coupled with our second heatwave of 2021, will bring increasing amounts of beginning late Tuesday.

The week will begin pleasantly. Monday’s high will be around 80 degrees for the Kirkland-Bellevue-Woodinville area under partly cloudy skies. Monday night will provide good sleeping weather, with lows in the high 50s.

Tuesday will begin a warmup as winds shift and start pulling smoke from British Columbia into the lowlands. Temperatures will climb into the mid-80’s. Air quality should remain good with most of the smoke remaining aloft.

Wednesday air quality will start to decline and with smoke, increasing high temperatures get harder to forecast. The computer weather models don’t do a good job of considering significant surface or high altitude smoke. Temperatures will be 86 to 88 degrees, however, if smoke is thick aloft, they could moderate.

Thursday and Friday are still a bit too far out to predict accurately, but confidence is high that we will have our second hottest heatwave of the year. If it wasn’t for our historic event in June, this would be a bigger topic. Thursday looks to be in the mid-90s and Friday the high 90s – which would be record-breaking heat. There is a good chance we will have an offshore flow, which will pull smoke from eastern Washington over the Cascades.

If the region gets significant smoke similar to 2017, 2018, and 2020, the high temperatures could moderate by 4 to 6 degrees. The worse the air quality gets, the cooler it will get. But with computer models indicating 96 to 99 degrees without smoke for Kirkland-Bellevue-Woodinville on Friday, cool will be relative.

The best way to protect yourself during smoke season is to limit your time outdoors. A tight-fighting N95 mask provides the best protection. If you don’t have air conditioning, you can set up a clean room in your home with a portable air conditioner and a box fan with a furnace filter to make an air purifier. You can read more about preparing for the smoke season in this story from 2019.

Tweets that aged badly for $500 Alex

Colorado Mom I did not vote for Boebert@ColoradoMom19

@NRA Fornicate you. I had to use this word because Twitter wouldn't let me use the other one