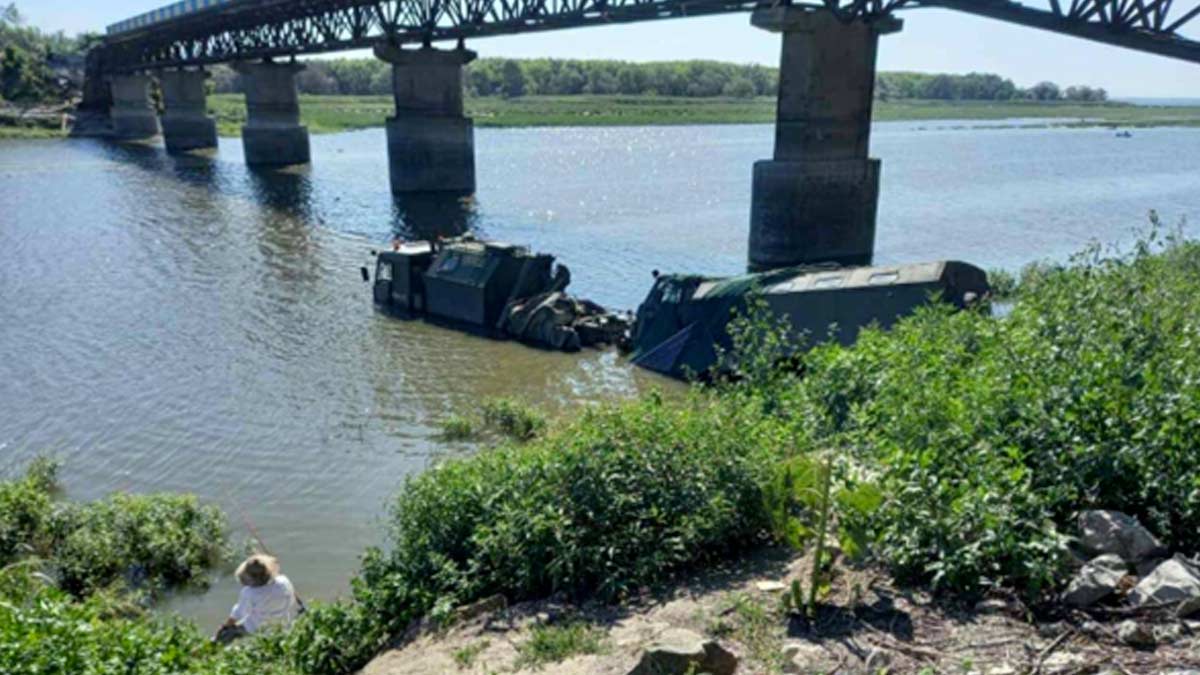 [UKRAINE] – MTN It has been 3,086 days since Russia occupied Crimea on February 27, 2014. Here is our latest update. You can visit our Russia-Ukraine War Center to find more news about Ukraine. You can also listen to our in-depth podcast, Malcontent News Russia Ukraine War Update, hosted by Linnea Hubbard.

Russian forces made their first attempt to advance on Siversk since July 26. Light infantry attempted to advance on Hryhorivka, and tanks attempted to move toward Verkhnokamyanske from the oil refinery. Neither advance was successful.

Russian forces attempted to advance through Spirne, aided by the Russian air force, and were able to break through to Ivano-Daryivka briefly before being pushed back.

PMC Wagner continued attempts to advance on Yakovlivka, Bakhmutske, and Bakhmut and tried to capture the western half of Vershyna but was unsuccessful.

In the Svitlodarsk bulge, Russian forces launched an offensive on Dacha. Russian proxy forces and Ukrainian troops continued fighting in Kodema and for control of Zaitseve.

DNR separatists tried to advance on Krasnohorivka and were unsuccessful.

DNR forces also attempted direct assaults on Avdiivka from Mineralne and Spartak and were unsuccessful. They also attempted to advance deeper into Pisky in a direct assault from Donetsk, Lozove, and the Butivka Mine ventilation shaft compound but did not make any gains.

Elements of the 1st Army Corps also attempted to advance on Marinka and were unsuccessful.

Overnight, Ukrainian forces shelled the Donetsk Brewery in the Kalininskyi District, causing a large fire. The fire and explosion caused an ammonia leak. City officials ordered residents to evacuate within a 2-kilometer radius of the plant.

South of Donetsk, Russian forces attempted to advance on Pavlivka and were unsuccessful.

There were reports of two explosions where Russian forces had set up an encampment outside of Chonhar, the first checkpoint into southern Ukraine from the Crimea Peninsula.

Russian forces launched the largest group of positional battles northwest and north of Kharkiv in over a month.

Russian forces attempted to advance on Udy, Prudyanka, Dementiivka, and Petrivka. None of the advances were successful and Russian forces suffered heavy losses near Petrivka.

Near Kherson, Ukrainian forces used precision munitions to strike the Kakhovsky Bridge in Nova Kakhovka, reducing the bridge to a single lane and only capable of supporting light vehicles. Satellite images showed that the Darivka bridge has been reopened to all traffic but reduced to a single lane.

The settlement of Barvinok, northwest of Kherson city, was recaptured by Russian forces.

Northwest of Izyum, Russian forces continued their attempts to advance on Husarivka, supported by the Russian air force. They were unsuccessful and retreated north to Bairak.

Russian forces in the Petropillya salient southwest of Izyum attempted to break through Ukrainian defensive lines in Velyka Komyshuvakha and were unsuccessful.

Ukrainian forces liberated the settlement of Dovhenke and are now 14 kilometers south of Izyum, gaining fire control of the M03 Highway.

The village of Marivka on the Dnipro River was struck by over 80 Grad rockets fired by MLRS, targeting civilians and civilian infrastructure overnight. Thirteen people were killed and another 11 injured – seven critically.

In Chernihiv, the settlements of Lohy and Senkivka were shelled by Russian forces over the international border. There wasn’t additional information on damage or casualties.

Social media was flooded with reports that up to eight explosions rocked the region near Zyabrovka airfield in Belarus, occupied by the Russian military. The Ministry of Defense of Belarus claims there was an accident at the airbase. The government’s official version of events is a vehicle engine was being tested when it caught fire. The fire spread, causing a series of explosions. The fire was extinguished with the loss of “equipment” and no casualties.