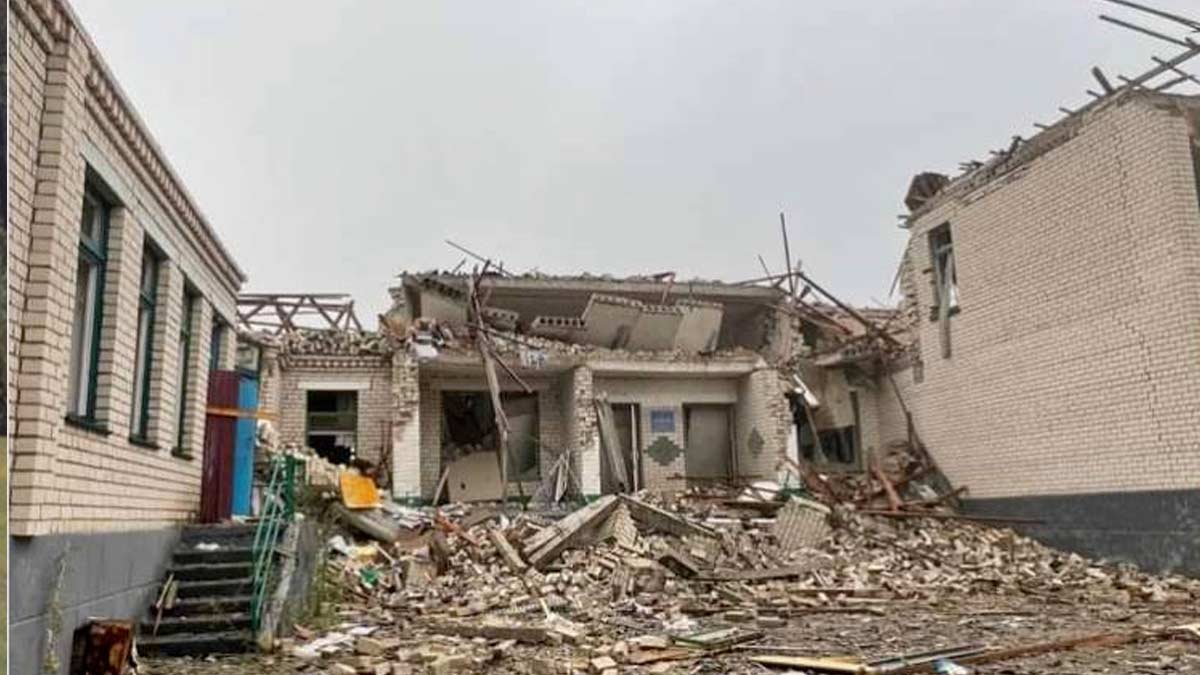 [UKRAINE] – MTN It has been 3,081 days since Russia occupied Crimea on February 27, 2014. Here is our latest update. You can visit our Russia-Ukraine War Center to find more news about Ukraine.

The only military action in this region was limited to artillery exchanges with both Ukrainian and Russian forces targeting ground lines of communication (GLOC – supply lines) and working on holding troops in defensive positions.

Terrorist forces of the Imperial Legion fighting for Private Military Company (PMC) Wagner Group supported by elements of the 1st and 2nd Army Corps of the Donetsk (DNR) and Luhansk (LNR) People’s Republics attempted to advance on Bakhmutske, Soledar, and Yakovlivka. They were unsuccessful at moving the line of conflict.

In the Bakhmut area, PMC Wagner attempted to advance on Bakhmut and Vershyna from Pokrovske. They were unsuccessful. Ukrainian forces destroyed at least one bridge that leads into Bakhmut, taking up defensive positions.

In the Svitlodarsk bulge, Ukrainian forces withdrew from Travneve to Kodema to prevent encirclement and reinforce Ukrainian positions further north. PMC Wagner, supported by Chechen forces and LNR and DNR separatists, has collapsed the bulge.

Russian forces continue to focus their resources and the largest attacks in Ukraine on Avdiivka and Pisky. Elements of the 1st Army Corps of the DNR and the 2nd Army Corps of the LNR attempted to advance into both settlements with no success.

Russian forces attempted advances on Niu York and Krasnohorivka north of Avdiivka. Additionally, they attempted to advance on Avdiivka from Spartak and Donetsk – both advances were unsuccessful.

In Pisky, Russian and Ukrainian forces are trading control of the middle-third of the settlement, with Rusian forces advancing from Lozove and the recently captured Butivka Mine ventilation shaft compound.

Russian separatists attempted to advance on Krasnohorivka and Marinka from Oleksandrivka, but neither advance was successful.

South of Donetsk, Russian forces attempted to advance on Pavlivka from Kyrylivka – implying that Ukrainian forces have improved defensive lines near Yehorivka. Russian forces launched an assault on Prechystivka from Novomaiorske. Ukraine liberated Novomaiorske in late June, and the recent report indicates that Russian forces recaptured the village.

Ukrainian forces destroyed a large ammunition depot in Makiivka. Multiple videos on social media recorded secondary explosions and showed the facility had still burning at sunrise. Civilian homes were less than 500 meters from the site, with cooked-off ammunition launching in all directions.

North of Kharkiv, Ukrainian and Russian forces fought positional battles near Vesele, Borshchova, and Pytomnsk. The front is frozen northwest, north, and northeast of the city, with both belligerents slowly drawing down offensive capabilities.

Russian VDV forces supported by tanks attacked Ukrainian positions on the Inhulets River bridgehead at Lozove from Sukhyi Stavok but were unsuccessful.

Russian forces attempted to advance toward Bohorodychne with an ad hoc offensive from the woods east of the Siverskyi Donets River and were unsuccessful. Russain forces between Kopanky and Andriivka are in a salient and at moderate risk of encirclement.

A weekend curfew was announced in Mykolaiv city to support operations to arrest collaborators. Residents can still venture outside for activities such as dog walking but must carry their identification with them.

Energoatom claims that Russian forces launched a false flag attack on the Zaporizhzhia Nuclear Power Plant, firing rockets from MLRS that landed near one of the reactor houses. It was reported that a nitrogen-oxygen station and the combined auxiliary building were badly damaged, but there were no casualties or release of radiation. Before the shelling, Russian Rosatom representatives hurriedly left the station.

Dmytro Zhivytsky, Sumy Region Administrative and Military Governor, reported that Seredyna-Buda, Esman, and Hlukhiv were shelled. There was one casualty.

In Chernihiv, the settlements of Zaliznyi Mist and Hremyach were shelled by Russian forces over the international border. There wasn’t additional information on damage or casualties.