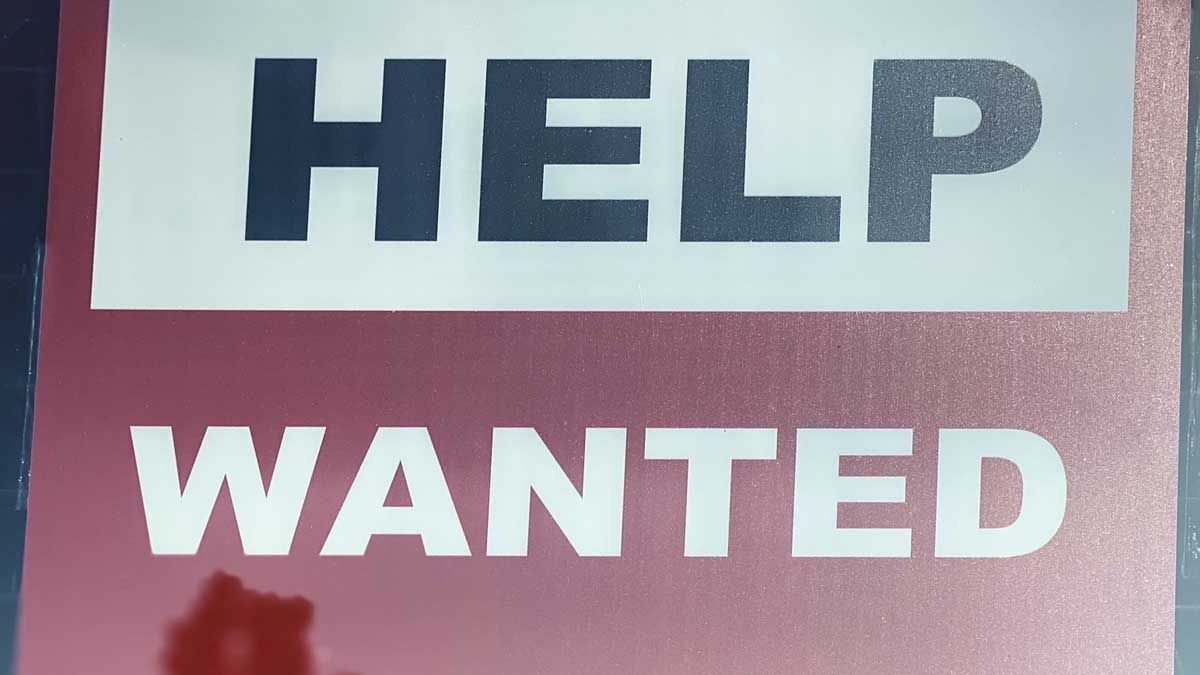 [KIRKLAND] – (MTN) Social media is abuzz with pictures of businesses closing because they can’t hire employees, entire workforces quitting and walking out, and talk of how extended unemployment benefits are keeping employees from returning to work. The economic reality is more complex and particularly problematic for the 5 states that continue to follow federal minimum wage guidelines, and the retail and hospitality industry have become employment and political flashpoints.

Alabama, Louisiana, Mississippi, South Carolina, and Tennessee, are the only states that have not passed state-level minimum wage laws. Even Florida has passed legislation that has put it on the path to a $15 an hour minimum wage. For tipped employees, base pay in those five states can be as low as $2.13 an hour, $85.20 for a 40 hour week, before federal payroll and state income tax. Three of these states are bumping up on ‘full employment.’

Some would consider full employment as 0% unemployment, but that has never happened in United States history. The lowest unemployment ever achieved was 1.2% in 1944, during the throes of World War II, millions of men overseas and a massive war effort. At any given point you will have discouraged workers, people between jobs, and others who are changing careers or entering the workforce after completing education.

As the number of people who are unemployed declines, you reach a point where employers need to offer higher salaries to compete. If you have too much productivity you create wage inflation, and a fraction of that is passed back to consumers. In the United States, the Congressional Budget Office considered full employment is achieved when the unemployment rate is 4.6%. Currently, the United States unemployment rate is 6.1% after a high of 14.7% in April 2020.

The states of Alabama, South Carolina, Tennessee, and 17 others, are already below or near full employment. In Louisiana and Mississippi, new unemployment claims have plummeted, and Louisiana already has a lower unemployment rate than March of 2020.

Bureau of Labor Statistics and U1 – U6 unemployment numbers

The Bureau of Labor Statistics (BLS) is a federal organization that tracks unemployment in the United States. Each month they create a report that shows the U1 through U6 unemployment numbers, and each number is formulated by adding or removing different groups of people and their unemployment state. The number you see in the headlines is the U3.

When COVID tore through the United States beginning in March of 2020, workers at fast-food restaurants, core retailers that provided groceries, home repair, and pharmacy needs, and workers in food processing were deemed, essential workers. In some industries such as food processing, these workers bore the brunt of COVID infections.

As the United States creeps towards 600,000 deaths from COVID, these losses impact the number of available workers in a post-COVID recovery. Additionally, up to 30% of people who have survived COVID, including asymptomatic carriers are dealing with long-term effects including chronic fatigue, mental decline, chronic joint pain, and heart damage. In other cases, able-bodied workers can’t return to the workforce because they are now caring for COVID long haulers.

In the United States, it costs $11,400 on average to put a child in daycare for a year. For a worker making $7.25 an hour, their entire post-tax annual pay would go to care for one child.

Daycare centers in the United States were short-staffed before COVID, and the situation is more challenging today. Many school systems nationally are doing part-time in-class learning, further complicating when and how parents secure childcare. For some parents, the issue comes down to no available daycare compatible with a work schedule in retail and hospitality.

In retail and fast-food jobs, some workers are reporting working 12 to 14-hour shifts, which is incompatible with most daycare providers. In Idaho, childcare providers shut down en masse to protest budget cuts on the table in the Idaho legislature.

The hospitality industry is the hardest hit when it comes to open jobs they can’t fill. The worker shortage and competitive job market have created a vicious cycle.

Prior to COVID, retirees were among the ranks of part-time workers at fast food and casual dining restaurants. Chains like McDonald’s even actively recruit retirees as a way for them to stay active, engaged, and supplement retirement income. People over 55 disproportionately bore the brunt of COVID infections and deaths in 2020. Many older Americans are reluctant to rejoin the workforce due to vaccine hesitancy and patchwork mask rules.

Other employees have reported dangerous confrontations with anti-maskers, sometimes spiraling into violence between customers or customers assaulting employees. Frontline workers are attempting to enforce rules where they have no authority, and some customers view them as having to obey their will.

The stress of working with the public in an age lacking civility and being short-staffed has created longer waits, more errors in orders, and more anger among customers and employees. In a viral Tik Tok video, Chipotle employees complained about 12-hour shifts without breaks, being asked to violate employment and health laws to meet customer demand, and uncompensated hours.

Many businesses have moved to offer signing bonuses as high as $500 or even paying people to show up for an interview. However, these one-time payments don’t come for an overall salary boost, and workers have better prospects.

For some, the return to the workforce isn’t going to happen because they have become job creators themselves. Facing unemployment and slow job prospects during the peak of COVID, some turned to career changes and formed their own businesses. In a report on WSVN, Dailys Gonzalez was a bookkeeper for years but lost her job due to COVID. Instead of looking to reenter the workforce, they formed their own painting business.

Amazon on its own created 400,000 jobs in logistics, shipping, and delivery in the first 9 months of 2020 as Americans flocked to online delivery and shopping. For others work from home or self-employment opportunities in customer service provided better pay, more flexibility, and a 25-foot commute from the bedroom to the kitchen table.

The tech community called 2020 the “great acceleration,” because changes in how, when, and where Americans would work moved faster than previously forecasted due to COVID. For some lower-wage workers, a return to the cash register or grille is never going to happen because they have found better opportunities that enable them not only to work but manage childcare while avoiding face-to-face confrontations with unreasonable customers.

Alabama has the biggest challenge in the country, with a state unemployment rate of 3.8%. Almost a full point below full employment and just 1.2 points higher than its record low in March of 2020. The southern state has a record number of unfilled jobs and a severe worker shortage. Business leaders claim that the federal unemployment boost is to blame, but the job market conditions in the Yellowhammer State point to increased wages will be needed to attract outside workers into the state.

Tennessee has an unemployment rate of 4.9%, close to full employment. There are no state-level minimum wage laws so tipped restaurant workers starting pay is as low as $2.13 an hour. Nationally, in-person restaurant dining is at 40% to 60% of pre-COVID levels, cutting into tips simply because of fewer customers. Overworked staff can’t provide a high degree of service, further cutting tips while increasing stress and workload.

If a restaurant is offering $2.13 an hour plus tips while an Amazon distribution center is offering $15 an hour for equally stressful and hard work with benefits, the hospitality industry is uncompetitive.

South Carolina is also close to full employment, with an unemployment rate of 5.1%.

Louisiana has the highest unemployment rate of the 5 states, at 7.1%. However, that rate is lower than the number of unemployed prior to COVID.

A further look at available state unemployment data, 18 states are at full employment, and not a single state has an unemployment rate above 10%. Hawaii has the worst unemployment in the nation at 9.0%, but the state is heavily tourism-dependent with travel down 60% and strict entry rules for the archipelago. Of the 10 states with the worst unemployment numbers, 4 had significant tourism prior to COVID including the aforementioned Hawaii plus, New York, Nevada, and Louisiana.

The employee shortage in the United States is more complex than extended unemployment benefits, with state and federal data indicating that for almost half the nation, unemployment rates can’t move much lower. The more than decade-long argument over increasing the federal minimum wage, the gig economy, and the great acceleration has created new opportunities that an increasing number of people are embracing.