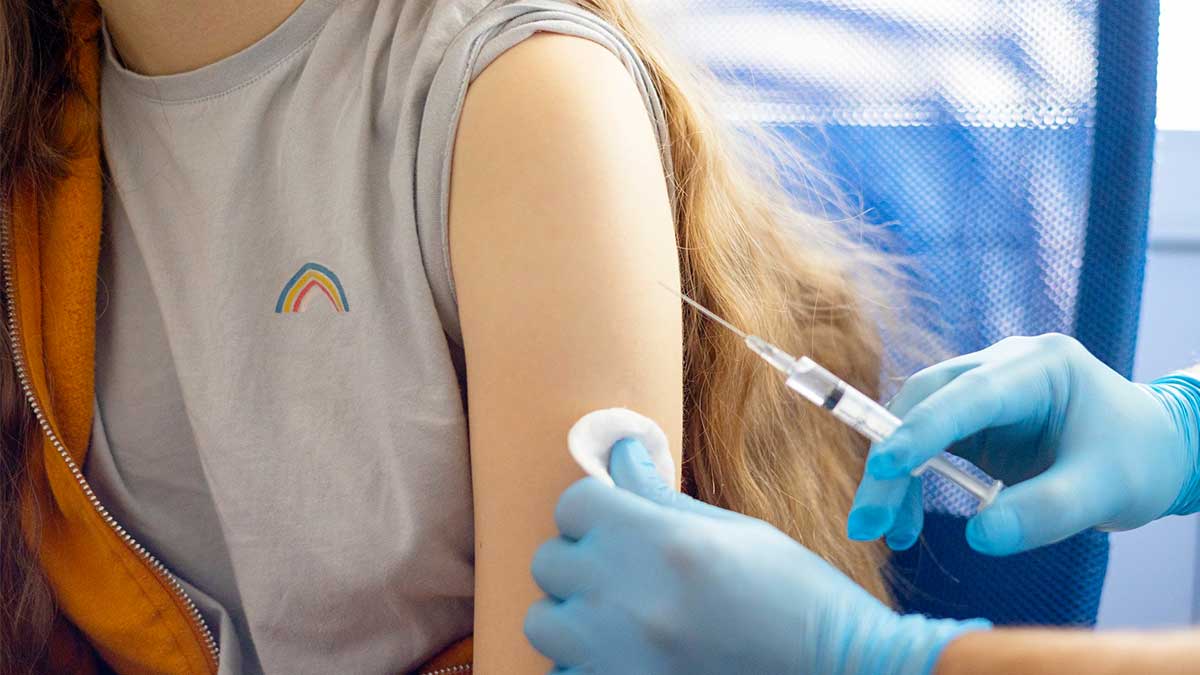 [KING COUNTY, Wash.] – (MTN) New Covid-19 cases crept upward today while hospitalizations remain on a plateau. This appears to be a bump versus a new trend.

City of Seattle officials announced they were starting the termination process for 16 11 five employees who have refused to get vaccinated.

In Benton County, the newly appointed sheriff announced he won’t require Covid-19 vaccinations for his staff. It’s a bit of non-news because the department doesn’t have a vaccine mandate.

Instead of taking the loss and calling it a day, the anti-vaccination leader Palmer Davis has another grift protest planned for Olympia on Friday.

We have expanded our recreational travel advisory to include all the counties on the Olympic Peninsula as hospitals reach the highest occupancy levels since the Delta surge began on August 17.

The CDC approved booster shots for the Moderna and Johnson and Johnson vaccine as well as agreed with the FDA on a mix-and-match strategy. The FDA is expected to issue final authorization as soon as tomorrow.

In disinformation, the Chinese government has started a new social medial campaign suggesting that Covid-19 came from Maine lobsters. Is it true? Get your drawn butter and bib because it gets messy.

This update uses the latest data from the Washington State Department of Health (WSDOH), released on October 21, 2021.

New Covid-19 cases crept upward statewide. This is the first mid-week increase we have seen since September. The state opened several mass testing which may be pushing the numbers upward. Having access to accurate data on test positivity would help us understand if this is bump-up is an anomaly, a good trend, or a bad trend.

New cases increased for pediatric and geriatric patients. Hospitalizations for ages 65 to 79 have increased for the second day in a row.

The Fauntleroy/Vashon/Southworth went back to three boats in services while the Seattle/Bainbridge and Edmonds/Kingston route returned to two boat services.

The Mukilteo/Clinton, Point Defiance/Tahlequah, Seattle/Bremerton, and Port Townsend/Coupeville routes continue to operate with one boat each.

The Anacortes/San Juan Island route will continue to operate with three boats instead of four.

The City of Seattle has started the termination process for five firefighters while another 74 await a decision on their exemption requests. On Monday officials reported 16 firefighters had not turned in proof of vaccination. On Tuesday the number dropped to 11.

We have a report that minutes after a small group of protesters with SFD departed Seattle City Hall on Tuesday, the boots and shoes they left behind were collected and given to the houseless.

Tom Croskrey, the new Benton County Sheriff announced he would not require employees to get vaccinated. The announcement seems to be a recruiting attempt directed at the City of Seattle, King County, and the Washington State Patrol. The Washington state employee vaccine mandate did not include law enforcement officers at a local or county level.

Croskrey has inherited a department in disarray and short on staff after Sheriff Jerry Hatcher was recalled by almost 75% of voters in August.

Hatcher was accused of domestic violence and then a cover-up that led to command staff and employees quitting in 2019 and 2020 due to a loss of confidence in his leadership abilities and a toxic work environment.

In the 2017 domestic violence case, Hatcher was charged in 2019 with fourth-degree assault with domestic violence and witness tampering. A Spokane County prosecutor decided not to move forward with prosecution in October 2019. Additional details emerged around the case that led to four police unions calling for Hatcher to resign.

On August 17 security cameras showed Hatcher had packed his office and left the department.

Despite vaccination rates rising significantly in the last month and minimal impact from the October 18 vaccine mandate, grifters need to make money Waking Up Washington is planning another protest. The protest will be against vaccine passports in Olympia at the capitol on Friday.

The number of people attending anti-vaccination, anti-mask, and anti-mandate protests has dwindled over the last month with a couple of exceptions.

Davis had called for a school walkout on October 18 which never materialized. Earlier in the month, she called for protests at Swedish Hospital and Harborview Medical Center and no one showed up.

Due to a continued high level of hospitalizations, we’re maintaining our recreational travel advisory to the East Hospital Region, including Adams, Asotin, Ferry, Garfield, Lincoln, Pend Oreille, Spokane, Stevens, Wahkiakum, and Whitman counties. Acute care and ICU capacity remain limited, and the ratio of Covid-19 patients to other hospital patients is exceptionally high. Additionally, we are adding the Northwest Region, which includes Clallam, Jefferson, Kitsap, and Mason counties. We are making this change because hospitals are at or just under capacity across this region.

We are walking back that our travel advisory for the East Hospital Region will likely last through the remainder of 2021. Current data is somewhat encouraging, and we believe the situation could improve significantly in the next four weeks.

We strongly advise against all nonessential travel to Alaska, Idaho, Montana, and Wyoming. Hospital resources in these regions are constrained, and you may receive inadequate care in Alaska, Idaho, and Montana if you experience a serious medical emergency.

Booster shots for Moderna vaccine approved by the CDC

The CDC left the same limits set by the FDA to persons over 64-years old, 18 to 64 years old and immunocompromised, and persons who work in occupations where they are frequently exposed to Covid-19.

The FDA is expected to update the Emergency Use Authorization for the Moderna vaccine as soon as tomorrow.

Booster shots for Jassen/Johnson & Johnson vaccine approved by the CDC

The CDC also authorized a second “booster” shot of the Johnson & Johnson vaccine two months after receiving the first dose. Anyone who received the J&J vaccine is eligible for a booster regardless of age. The approval comes a day after an FDA panel made the same recommendation.

Unlike the Moderna vaccine, the CDC did not specify a protocol for which vaccine to get as a booster.

A final authorization could from the FDA as soon as tomorrow.

In a third decision, the CDC approved mix and match Covid-19 booster shots a day after the FDA approved the recommendation.

The mix and match authorization will help innoculate vulnerable communities such as nursing home residents faster while enabling individual choice.

As an example, a woman who received the Johnson & Johnson vaccine and is currently taking birth control could get a Pfizer or Moderna booster as an alternative.

The FDA is also expected to authorize this measure quickly.

Dr. Katelyn Jetelina made a series of recommendations in her newsletter day, that outlines in detail the pros and cons of each mix-and-match vaccine scenario.

According to a study reviewed by the Advisory Committee on Immunization Practices, the Moderna vaccine as a booster triggered the best immune response.

However, Dr. Jetelina indicated that the choice may not be that simple for everyone, and mixing and matching the different vaccines come with different benefits and the possibility of adverse reactions.

According to the DoH COVID Dashboard, 91% of all staffed acute care beds are occupied, and 15.4% of patients have Covid-19. Statewide, hospitals have the staff to support approximately 619 additional acute care patients.

ICUs are at 85.5% of capacity statewide, with 25.0% of ICU patients fighting Covid-19 – an estimated 291 patients with 51% on ventilators. The state has the staff to support approximately 171 additional ICU patients.

On Monday, the 7-day rolling average hospital admission rate for new COVID patients was 106. The Department of Health reported 1,101 Covid-19 patients statewide on October 19, with 149 requiring ventilators. The patient count is between 1,080 and 1,160 for the 11th day in a row.

Hospital readiness is starting to show signs of real improvement in the East Region. The North Region includes some of the highest vaccinated counties and is approaching normalcy.

The new trouble spot is the Olympic Peninsula where hospital resources are reaching full capacity.

We redefined the school district statuses. Information for classroom and building closures has been a challenge to obtain, both for closures and reopening. We are adopting moving any school with more than ten active COVID cases reported into the red, and we’ve adjusted the third column to reflect this change.

No new cases were reported in the Bellevue or Lake Washington School Districts.

We received a parent confirmed report of three new Covid-19 cases at Kamiakin Middle School with 14 additional quarantines on Monday.

Did Covid-19 cross over to humans from Maine lobsters?

As absolutely insane as that sounds, a disinformation campaign emerging out of China is claiming just that.

Zha Liyou, the Chinese consul general in Kolkata, India, tweeted an unfounded claim that Covid-19 could have been imported to China from the United States through a batch of Maine lobsters shipped to a seafood market in Wuhan in November 2019. It marks the latest in a series of theories that have been pushed by pro-China accounts since the start of the pandemic, according to a report in NBC News.

With some further digging, Schliebs uncovered a network of more than 550 Twitter accounts, which he shared with NBC News, spreading a nearly identical message, translated into multiple languages — including English, Spanish, French, Polish, Korean, and even Latin — at similar times each day between 8 a.m. and 11 a.m. China Standard Time.

Some of the accounts were “unsophisticated sock puppets” with “very few or zero followers,” Schliebs said, while others appeared to be accounts that were once authentic but had been hijacked and repurposed to spread disinformation.

For whatever it is worth, the Maine CDC said the claims have no scientific basis.