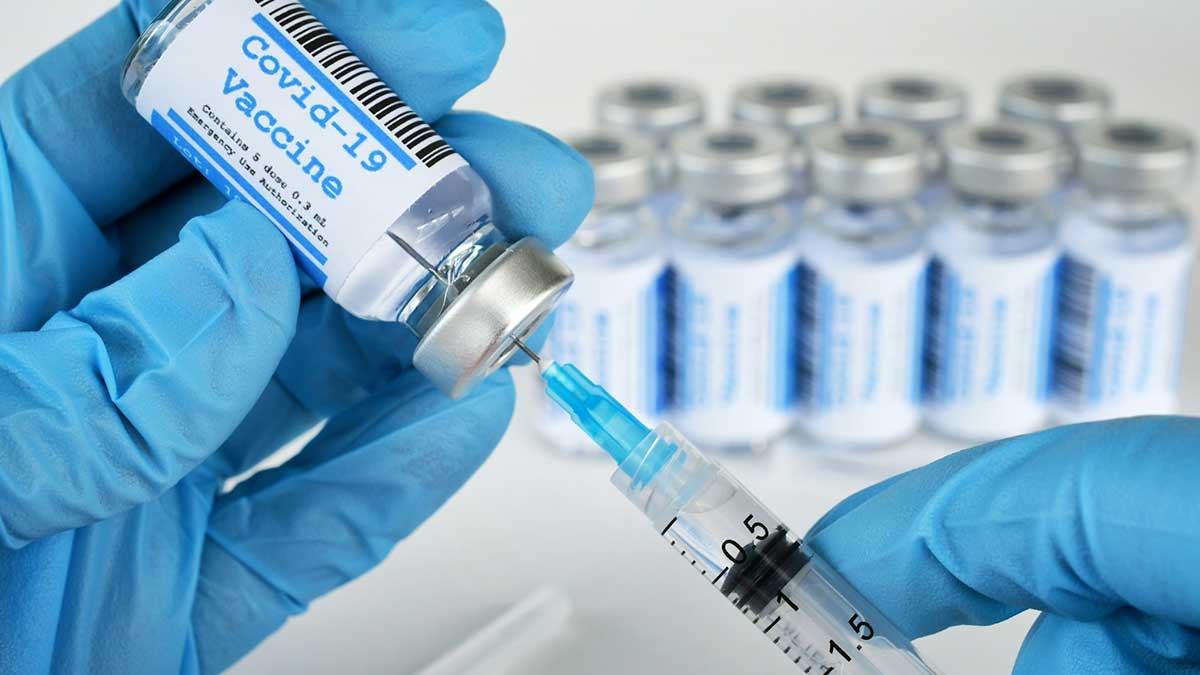 Multiple local, county, and state agencies, police and fire, and universities reported 91% to 99% vaccination rates across the state. Approved exemption rates ranged from 1% to 7%, although an approved exemption may not ultimately lead to approved accommodations.

The last available data from the City of Kirkland indicated 70% of firefighters were vaccinated on October 5, a similar vaccination number statewide for all employees and closely mirrored the public vaccination rate at that time.

Seattle Mayor Jenny Durkan reported between providing proof of vaccination and approved exemption requests, more than 99% of city employees, including the fire and police departments, met today’s deadline. Only 16 firefighters and 24 police officers provided no documentation. Another 99 police officers have approved exemptions but have been denied accommodations. Those officers will not be automatically terminated. Up to 123 officers could face a “Loudermill Hearing” in the coming weeks, where their ultimate employment status will be decided.

Multiple hospital systems reported vaccination rates from 95% to 99% across the state. One rural hospital in Moses Lake reported being walloped by an “exodus” of non-clinical facing employees today.

About 100 anti-vaccination mandate protesters with Waking Up Washington gathered outside Seattle City Hall for two hours of speeches and then marching through downtown. Some held Nazi-themed signs, and at least one speaker called for civil war.

The Seattle Police Department tweeted that the Seattle Office of Police Accountability had been notified about on-duty SPD officers waving a Gadsden flag from a cruiser and others honking and giving thumbs up in a show of support to anti-vaccination mandate protesters.

Washington State University football coach Nick Rolovich had his last-minute religious exemption rejected by a WSU review board and was fired with cause, along with four assistant coaches.

As of 5:30 p.m. today, the state of Washington has not updated the COVID-19 dashboard. To support an 8 p.m. press time, we will publish today without updating cases and hospital status.

The USA Today COVID Tracker is reliant on state data and was not updated at press time.

In Thurston County Superior Court, a prosecutor argued that the vaccine mandate implemented by Washington overstepped the bounds of law and should be blocked. Superior Court Judge Carol Murphy disagreed with that point of view. However, she did not rule on the merits of the mandate.

According to KING 5, Judge Murphy determined the plaintiffs did not show the policy would be unjust for all and therefore denied the motion for an injunction.

“Even if the individual plaintiffs show that individual instances in which the proclamation and the resulting actions may be unjust, the plaintiffs have not met their burden to show that is unjust in all applications,” Judge Murphy said.

Court documents show 25 firefighters filed a lawsuit against the city of Spokane, Mayor Nadine Woodward, and city Fire Chief Brian Schaeffer, according to a report by KREM.

According to documents, the firefighters sued for wrongful termination for failing to get vaccinated before the October 18 mandate. This is the second lawsuit filed by Spokane firefighters related to the mandate.

The COVID-19 vaccine mandate proclamation was issued by Washington Governor Jay Inslee on September 27, 2021. The declaration stated that all healthcare, education, and state employees must be fully vaccinated by Oct. 18, or they could be terminated.

The West Seattle Blog and the Seattle Times report that 190 employees between the City, Seattle Police Department, and the Seattle Fire Department did not provide proof of vaccination or request a medical or religious exemption by today’s deadline.

For the City of Seattle, 94% of all employees provided proof of vaccination, 5% formally requested an exemption, and approximately 150 had not responded. For exemption seekers, if the city denies a request, many unions negotiated to provide the option to get vaccinated after October 18. Final numbers won’t be available until early November.

Among the fire department, 93% are fully vaccinated, 6% have requested exemptions, and 16 employees have not submitted any information. The Seattle Fire Department union also negotiated for employees to get vaccinated after October 18 if an exemption request is rejected.

The Seattle Police Department reported 91% of all employees were vaccinated, with 7% requesting exemptions and 24 refusing to submit any data. The Seattle Police Officer Guild and union president Mike Solan declined to negotiate with six other unions, potentially leaving officers with little recourse if their exemption requests are rejected.

An “unofficial” website claiming not to be associated with the Seattle Police Officer Guild, while using common language from union president Mike Solan, advised officers not to provide their vaccination status information before October 18. On Sunday, 130 officers had not provided any information. Jason Rantz and Mike Solan were accusing the Mayor’s office of “spin” this afternoon.

According to Rantz, 99 officers have approved exemption, but the city is unwilling to make accommodations. However, the talk radio entertainer indicated that the Seattle Police Officer Guild could continue negotiating with the city in good faith.

If you will forgive us for our spin, Rantz’s attempt to portray 24 officers being terminated as making “this city even more unsafe…with escalating violent crime and sky-high 911 response times“ reads like spin to us.

The City of Seattle has indicated that SPD could be on a modified Phase 3 plan tomorrow if required.

During the weekly briefing with Washington State Hospital Association CEO Cassie Sauer, Dr. Tim Dellitt with UW Medicine said his organization has about a 99% mandate compliance rate but expects to lose about 220 staff members.

The News Tribune reported Dr. Michael Anderson, chief medical officer for Virginia Mason Franciscan Health, said in an emailed statement, “Over 95 percent of our employees across our facilities have now met the vaccination requirement through full vaccination or an approved exemption.”

Samaritan Healthcare hit had by exodus of non-clinical staff

The News Tribune reported that the 50-bed Samaritan Healthcare Hospital in Moses Lake had suffered significant non-clinical staff losses due to the vaccine mandate.

Materials management handles ordering supply, such as personal protective equipment, for staff. Before that, Carter added, the hospital lost seven workers to the mandate. “We rely fairly heavily on staffing agencies where we’re at. We don’t have a huge pool of staff, otherwise. And with the cost of those staffing agency contracts, that is hurting us a little bit,” Carter said.

Ms. Sauer also indicated she expects 95% to 98% of all impacted hospital workers to be vaccinated by today’s deadline and thinks the number could be even higher. Management at the various facilities across Washington doesn’t expect the numbers to be even, with rural hospitals in Eastern Washington expected to see more impact from today’s mandate.

Final numbers aren’t expected until early November. If results from other hospital systems are an indication, likely, at least some people refusing to get vaccinated will ultimately decide to take action that preserves their job.

Approximately 100 protesters gathered outside of Seattle City Hall at noon today to protest against the state vaccine mandate. About a dozen children were among the adults taking part in a “stay out of school” initiative.

The protest was peaceful, while speakers shared disinformation and conspiracy theories. At least one speaker who claimed to be a US Army veteran called for civil war. Several protesters held signs comparing the vaccine mandate to Nazi atrocities.

Around 2:30 p.m., the group took the streets of Seattle, while Turning Point USA firebrand Katie Daviscourt attempted to lead the group to march in the street against traffic, telling people, “we have the numbers.”

Most in the group were disinterested in blocking traffic, although marchers briefly blocked an ambulance downtown.

There was not an active counterprotester presence, but the marchers were jeered for their Nazi-themed signs, including several people who claimed to be Jewish and expressing outrage at the comparison.

Multiple citizens complained to the Seattle Police Department and on social media, resulting in a surprisingly swift response from the department over Twitter.

“The official position of SPD is vaccines save lives. If you believe you’ve witnessed inappropriate behavior by officers and have add’l info, please contact @SeattleOPA. We’ve forwarded this, and another incident involving the use of the Gadsden flag on police vehicles, to OPA.”

Washington State football coach Nick Rolovich has been fired for cause after refusing to take the COVID-19 vaccine and being noncompliant with both state and university policies, the university announced Monday evening, according to CBS Sports. Rolovich sought, and appears to have been denied, a religious exemption from those mandates, which required employees be vaccinated against COVID-19 by Oct. 18 if they wished to continue working.

“This is a disheartening day for our football program. Our priority has been and will continue to be the health and well-being of the young men on our team,” said athletic director Pat Chun in a statement. “The leadership on our football team is filled with young men of character, selflessness, and resiliency, and we are confident these same attributes will help guide this program as we move forward.”

Rolovich was the highest-paid public employee in Washington state, making approximately $3.3 million a year as the head coach of the Washington State University Cougars. Rolovich was the coach for barely a season, despite serving for two years, including the Covid-19 shortened 2020 season, and for seven games in 2021.

It has not been reported if Rolovich will continue to draw part or all of his 2021 salary despite the termination with cause.

With a combination of existing recruiting issues before the start of the 2021 school season, pay well below the low-income level in Seattle, and loss of drivers due to the vaccine mandate, parents, were left scrambling to fund school transportation for 6,700 students.

KIRO 97.3 FM Geen and Ursula reported the starting salary with the company that the city contracts with to transport pupils, First Student, offers starting pay of $24 an hour – about $31,000 a year. A family of four living in Seattle that earns less than $72,000 a year was considered low income in 2017. That number has only gotten worse in the last four years.

Seattle Public Schools and First Student indicated the route cuts would be indefinite until more drivers could be hired. According to Gee and Ursula this morning, the city is considering options with King County Metro.

With the announcement that Spokane officials have requested additional federal resources to support local hospitals, the travel advisory will likely continue through the 2021 holiday season.

We strongly advise against all nonessential travel to Alaska, Idaho, Montana, and Wyoming. Hospital resources in these regions are constrained, and you may receive inadequate care in Alaska, Idaho, and Montana if you experience a serious medical emergency.

We are not adding a travel advisory for the Northwest Hospital Region, which includes Clallam, Jefferson, Kitsap, and Mason counties but don’t recommend engaging in risky recreational behavior on the Olympic Peninsula. Although hospitals are very constrained, the region is adjacent to the Puget Sound and West Hospital Regions, with adequate resources.