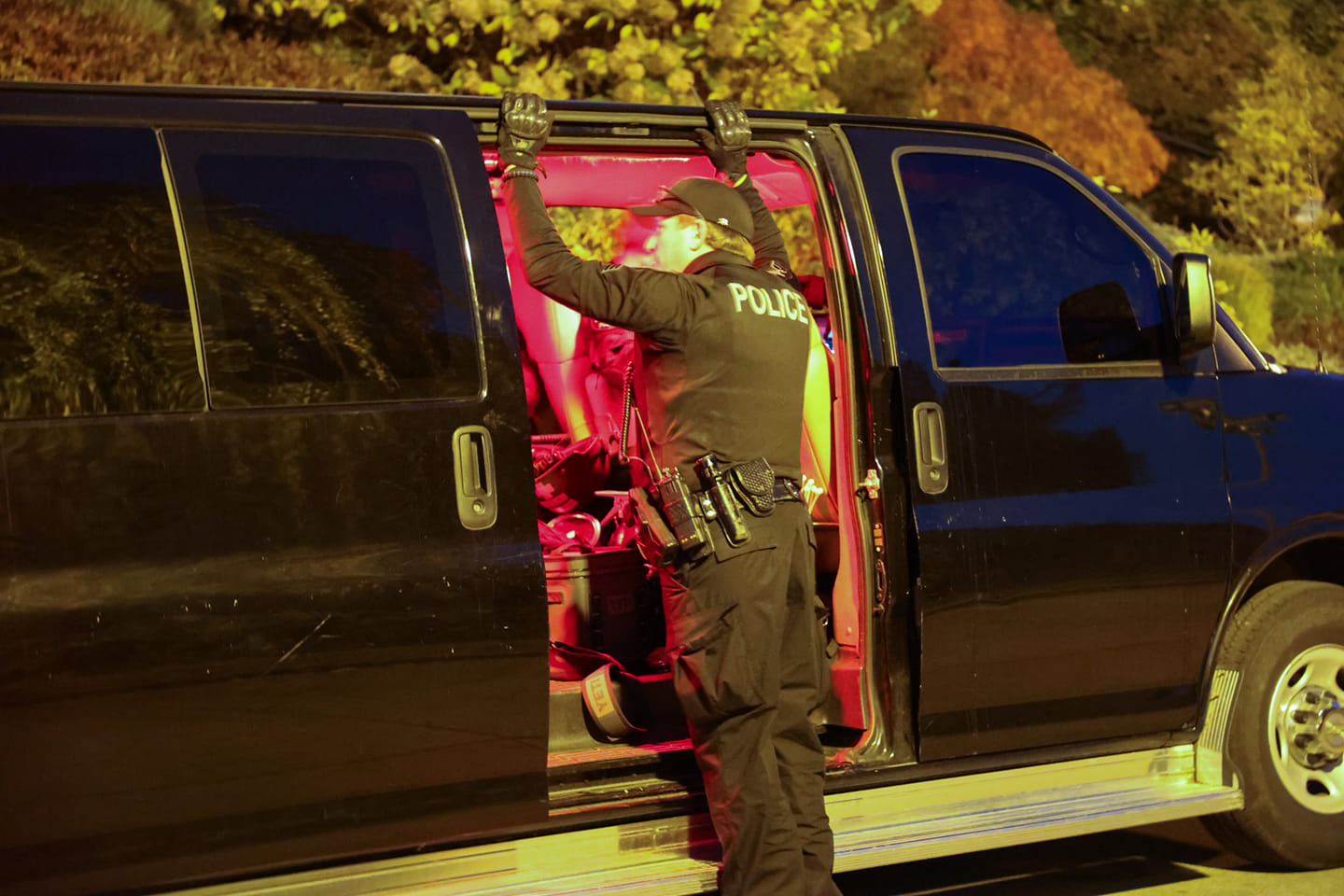 The Seattle Police Department’s Community Response Group were waiting outside Mayor Jenny Durkan’s home in the Windermere neighborhood of Seattle on Saturday when protesters from the Everyday March arrived.

The police, dressed in riot gear and armed with “less lethal” weapons — along with other munitions — immediately gave a dispersal order to the peaceful demonstrators, witnesses said.

The SPD also stopped and cited every vehicle that was part of the “car brigade,” according to an EDM organizer. The vehicles were there to keep protesters on foot safe from road traffic.

A small group of officers was still on-site when we arrived on the scene.

Today represents the 155th day of continuous protest in Seattle.

This is a breaking news story.