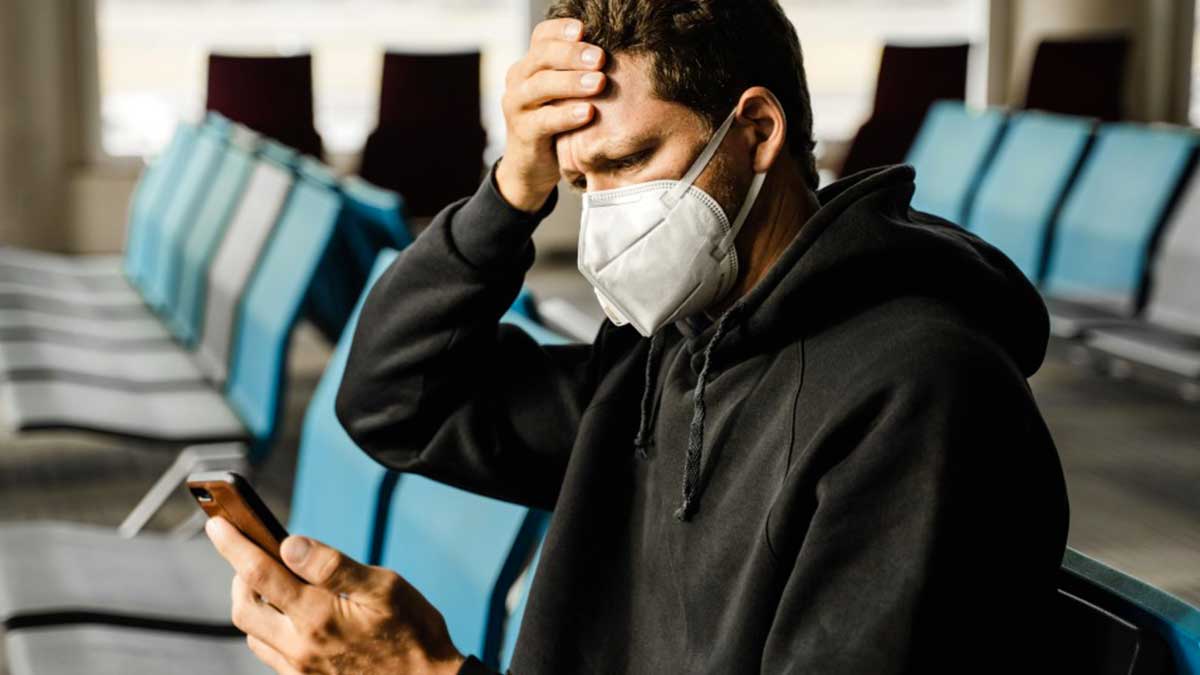 Editor’s Note: As a policy, Malcontent News does not quote or publish data from pre-print studies. The transmission rate of the Omicron SARS-CoV2 variant is so high it is spreading at a rate faster than the scientific review process. It is for this reason, we are using pre-print studies in our reporting and analysis for the Omicron variant. We will continue to backlink to all quoted sources to support transparency in reporting.

[SEATTLE, Wash.] – (MTN) Pavitra Roychoudhury, MSc, Ph.D., of the University of Washington Virology Division, reported 13% of tests samples submitted for genomic sequencing on Dec. 8 were positive for the Omicron variant. Tentative confirmation was made using an S Gene Target Failure (SGTF) test, with Dr. Roychoudhury indicating in a tweet that it will take a few days for genomic sequencing confirmation.

Using the data provided by the University of Washington, Omicron variant cases in Washington doubled every 24 hours from Dec. 6 to Dec. 8. The total number of new COVID cases being detected indicates that the Omicron variant is rapidly replacing Delta, not adding to confirmed cases at this time.

Nathan Grubaugh, Ph.D., Associate Professor of Epidemiology at the Yale School of Public Health, tweeted researchers were seeing a similar trend among samples collected in Connecticut.

If the rate of new case growth for Omicron continues at the current rate in Washington, it would be the fastest case growth rate observed to date. In South Africa and across the United States, Omicron cases have been doubling every three days. In the United Kingdom, cases have been doubling every two-and-a-half days and in Denmark, every two days.

Sikhulile Moyo, director at the Botswana Harvard AIDS Institute Partnership (BHP) lab in Gaborone and a research associate in immunology and infectious diseases at Harvard T.H. Chan School of Public Health was the first person to sequence the Omicron variant on Nov. 8. He shared his findings on GISAID on Nov 11, which caught the attention of virologists around the world.

Lancet Labs in South Africa started seeing an alarming number of PCR tests from the Gauteng Province missing the target S gene in mid-November. Lancet shared the findings with the Network for Genomics Surveillance in South Africa (NGS-SA), which called an urgent meeting on 23 November. “We were shocked by the number of mutations,” says Tulio de Oliveira in a report in Science, a virologist at the University of KwaZulu-Natal and NGS-SA’s principal investigator.

On Nov. 24, Dr. Alex Sigal of the Africa Health Institute received three test swabs with the Omicron variant and started growing the virus to test it against sera from vaccinated and recovered individuals.

On the same day, Lancet sequenced another 100 samples with the missing S gene, and all were positive for the newly discovered variant. The South Africa Department of Health sent their findings to the World Health Organization (WHO) on Nov. 24, and Omicron was labeled a Variant of Concern (VOC) on Nov. 26.

Despite the first three cases appearing in Botswana, Omicron was likely circulating undetected on several continents by late October. The Centers for Disease Control (CDC) reported last week that the first symptomatic Omicron case in the United States was on Nov. 15. The implementation of international travel restrictions likely had no impact on slowing the spread of the highly infectious variant.

Preliminary data has emerged over the last week on transmissibility, treatment efficacy, and vaccine effectiveness for Omicron.

A study out of South Africa published on Dec. 2, found that Omicron was 2.5 to 3.5 times more transmissible than Delta. The study, which has not been peer-reviewed, indicated the Rt, a measure of how quickly a communicable disease can spread, is between R12 and R17, which is comparative to measles. On Dec. 8, Hiroshi Nishiura, professor at Kyoto University released a study that found Omicron is 4.2 times more transmissible than Delta with an Rt of R20. If additional research were to find this true, the Omicron COVID variant would be the most transmissible disease observed in the modern medicine era.

Eleven studies and reports, none of which have been peer-reviewed, have been published on vaccine effectiveness in the last 10 days. Studies have evaluated the Pfizer, Moderna, Johnson and Johnson, and AstraZeneca vaccines.

The same study found that the Pfizer vaccine was 70% effective at preventing “severe complications of Covid-19,” down from 93% with the Delta variant.

Dr. Peter English, Retired Consultant in Communicable Disease Control, Former Editor of Vaccines in Practice, past Chair of the BMA Public Health Medicine Committee had this to say about the findings.

“Two doses of vaccine are 70% effective at preventing hospitalization. They are not ineffective, but they are much less effective than the 90-95% protection that two doses provided against hospitalization. With a highly infectious variant, this still risks a catastrophic number of hospitalizations.”

A non-peer-reviewed study published on Tuesday evening provided the first data on the effectiveness of the Moderna vaccine, and more data for the Johnson & Johnson/Jassen vaccine.

Researchers evaluated the sera from 239 vaccinated healthcare workers in the Boston area. The study found that for the Moderna and Pfizer vaccine, more than 50% of individuals had no neutralizing antibodies three months after vaccination. The Moderna vaccine showed a 43-fold decrease in antibodies while the Pfizer vaccine had a 122-fold decrease. The Johnson and Johnson vaccine performed better against the Omicron variant versus Delta but had significantly reduced effectiveness versus the original COVID strain.

The study also found an mRNA booster within the last three months provided a significant increase in neutralizing antibodies but did not provide the same level of protection versus the Delta variant. The samples from the Johnson and Johnson test subjects were all boosted with a half-dose of the Moderna vaccine.

Two studies on disease acquired immunity found that protection declined significantly compared to previous variants. A study published on Dec. 2 out of South Africa, which has not been peer-reviewed, found that protection against Omicron dropped 240% for individuals who were previously infected by the original strain, Beta, or Delta, and had never been vaccinated. Another study released on Dec. 9 reached a similar conclusion, and in an alarming find, reported up to 40% of individuals who had a previous Delta infection were experiencing reinfection with Omicron. The Delta wave ended on Sep. 19 in South Africa, suggesting it took less than three months for protection to wane.

“Without seeing a preprint or the report on which this press release is based it is difficult to get a clear understanding of the validity of these conclusions,” said Prof. Paul Hunter, Professor in Medicine at the University of East Anglia and a member of the National Institute of Health Research in the U.K. “If these are valid conclusions then there are both reassuring and worrying findings.  The report that reinfections are more common with Omicron has already been published and the evidence is strong that Omicron can increase the risk of infection in people who have already had a COVID infection.”

Other experts warned against reading too much into the Discovery Health report.

Dr. Simon Clarke, Associate Professor in Cellular Microbiology, University of Reading, said, “This press release outlines preliminary observations of Covid-19 in South Africa during the first three weeks of the wave of infections caused by the Omicron.  It shouldn’t be forgotten that in the UK, during the initial epidemic there was a 5-week gap between the first diagnosis and the first death.  A situation report taken in those first few weeks would not have given us an accurate picture of what was about to happen, so we shouldn’t expect these preliminary indications to be a portent of how the Omicron epidemic will play out here.”

The Centers for Disease Control (CDC) provided detailed information on Dec. 10 about the first 43 Omicron variant cases detected in the United States. The report found that one person required hospitalization and was released after two days. Almost 60% were 39 years old or younger and 33% had recently traveled internationally. Forty of the 43 cases were vaccinated or had a previous COVID infection. Among the 34 who were vaccinated, 14 had received a booster.

Officials believe the high infection rate for vaccinated individuals has created a data fallacy. International travelers are more likely to be vaccinated, younger, and healthier and many were not eligible for a booster.

The Washington State Department of Health (WSDoH) reported 75.3% of all Washingtonians 12 and older are fully vaccinated and almost one in four children five to eleven have received their first dose of the Pfizer COVID vaccine. An estimated 3.5 million residents are eligible for boosters, but only 1.35 million have received one to date.

Statewide new admissions for COVID-related illness started increasing on Nov. 27, and through Dec 7. was averaging 92 new admissions a day. On Tuesday there were approximately 642 available staffed acute care and 144 staffed ICU beds throughout Washington.