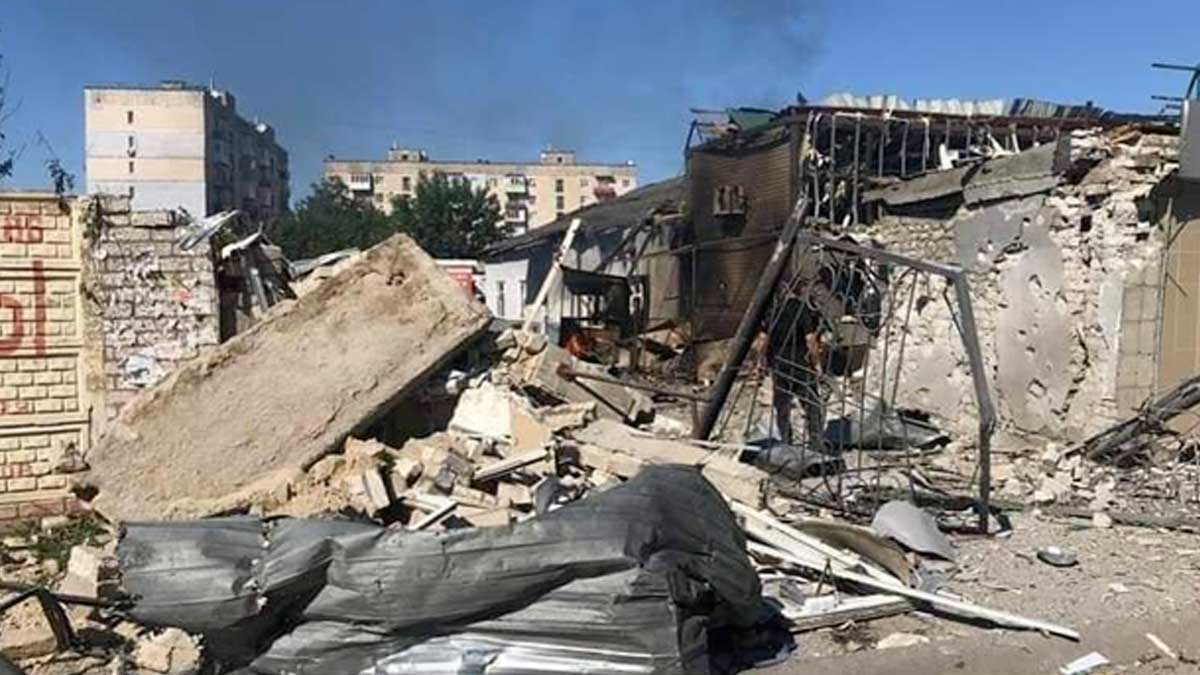 The situation in the Severodonetsk salient is deteriorating as Russian forces increase pressure on the Ukrainian Ground Lines of Communications (GLOC – aka supply line), including the Bakhmut-Lysychansk T-1302 Highway and the Siversk-Lysychansk route. The pattern of massive social media-driven disinformation campaigns from Pro-Russian accounts that occurred in Chernihiv, Mariupol, Sumy, and Severodonetsk is occurring again with the battle to control Lysychansk.

There were reports, likely started by Igor Girkin, that Ukrainian forces had withdrawn entirely from Pryvillya and Russian forces had made a wet crossing at Kreminna. There is no information, videos, or pictures to support these claims. Given the continued Ukrainian resistance southwest, south, and southeast of Lysychansk, it is unlikely that a full-scale withdrawal has begun.

Russian forces crossed the T-1302 Highway west of Mykolaivka in an attempt to capture Spirne but were unsuccessful and pushed back to the original line of conflict.

Heavy shelling of the T-1302 Highway continued in Berestove and Bilohorivka [Donetsk].

In the Svitlodarsk bulge, Russian forces shelled Ukrainian positions in Novoluhansk and Travneve on June 28. Both settlements were previously coded as under Russian control. There is fighting for control of the power plant on the northern edge of the Vuhlehirske Reservoir.

South Donbas – Zaporizhia – In the south Donbas, Russian forces tried to recapture Pavilvka but were unsuccessful. Otherwise, there were only artillery exchanges and skirmishes.

Izyum – On the Izyum axis, Russian forces attacked Dovhalivka and Zalyman again. This does not represent a new offensive and is an attempt to distract and redirect Ukrainian military assets, which are interdicting the Russian M-03 GLOC through Vesele [Kharkiv 49°23’16.6″N 37°11’52.8″E]. Russian forces made piecemeal attacks on Mazanivka and Dolyna in an attempt to advance on Slovyansk. The understaffed units suffered heavy losses and were unsuccessful.

In all other regions in Ukraine, there was no change in territorial control and only positional battles.