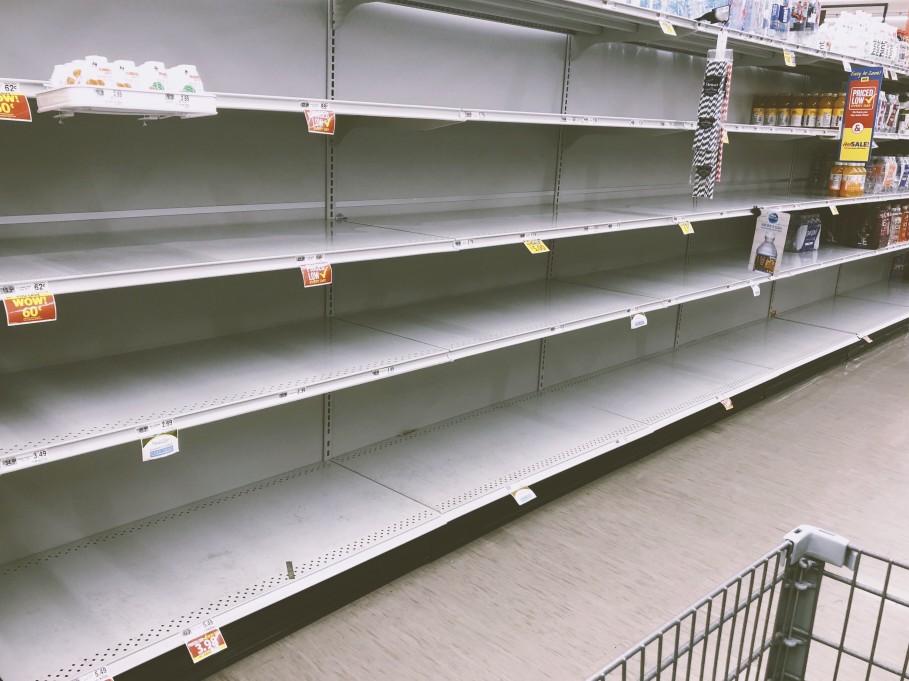 It was deja vu for Washingtonians who flocked to grocery and department stores to buy – everything – with looming COVID restrictions announced on Sunday. Even before Jay Inslee made his 11 AM announcement, lines stretched for more than a block outside Costcos throughout the state. Untrue rumors that grocery stores would be ordered to shut down drove dazed residents into a buying frenzy. Once again, toilet paper and paper towels appeared to be the critical supplies needed to survive a pandemic.

On Sunday, restrictions announced would require all retail stores to limit their capacity to 25%, including grocery stores. Even in the hardest-hit regions of the world, a government shutdown of grocery stores has not happened. Government officials and industry experts appealed to people not to panic-buy, stating the supply chain was strong. Shoppers found empty isles across the state, with some shouting and pushing matches over paper products reported at some stores.

Washington is earthquake country, and residents should have a 7 to 14 day supply of required goods on hand at all times. Emergency preparedness experts chimed in, stating that properly prepared homes would not have to buy any goods to prepare for potential disruptions if they have a good earthquake plan already in place.