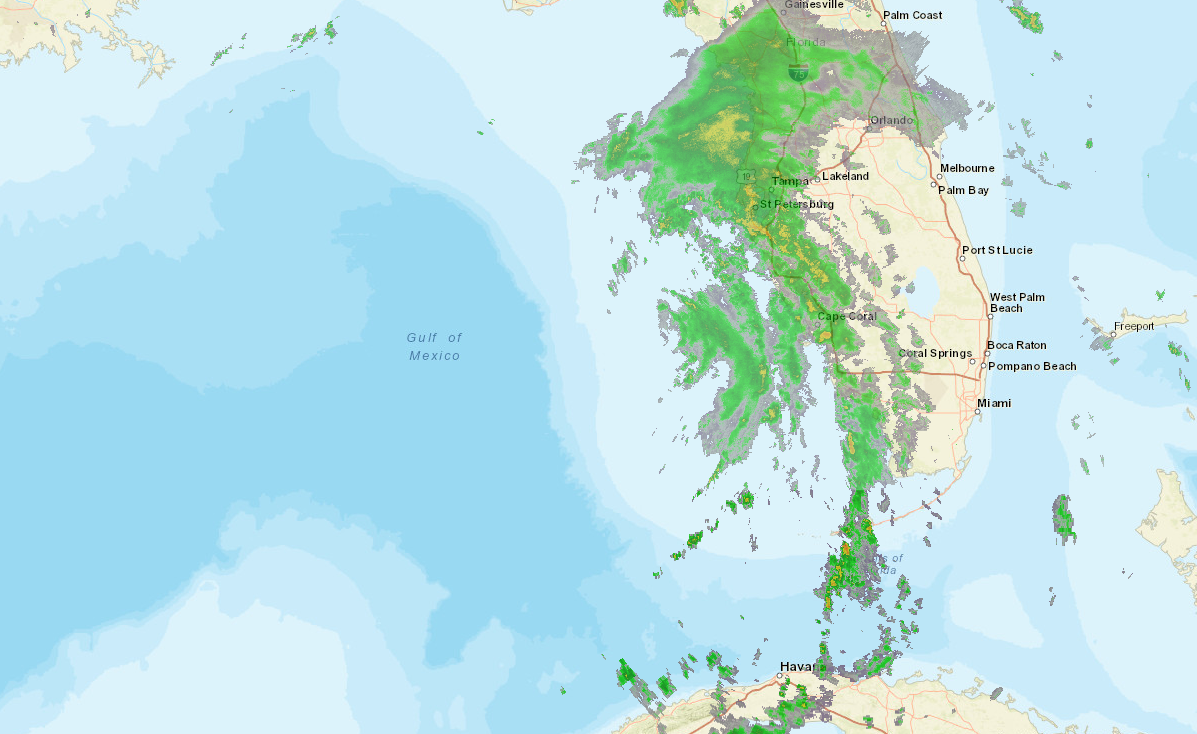 UPDATE: Eta has weakened to a tropical storm again, with winds of 70 MPH. The center of Eta is 85 miles southwest of Tampa Florida, moving north at 10 MPH. Tropical Storm Warnings now extend from Bonita Beach to Suwannee River, Florida.

Eta restrengthened to a Category I hurricane overnight and appeared to have picked a path. Packing winds of 75 MPH, Eta was located 145 miles south-southwest of Tampa and heading toward the big bend region of the western Florida coast. Overnight, Eta formed a well-developed eye, but wind shear and relatively dry air will make further strengthening difficult.

Forecasters have not declared hurricane watches or warnings, but they are expected later today. Tropical Storm Theta continued to move east in the Atlantic with 60 MPH winds and posed no threat to land. A tropical wave located southwest of the Dominican Republic was expected to form into a tropical depression. If that system reaches tropical storm strength, it would become the 30th named storm of 2020 and represent the first time three named systems were in the Atlantic basin this late in a hurricane season.