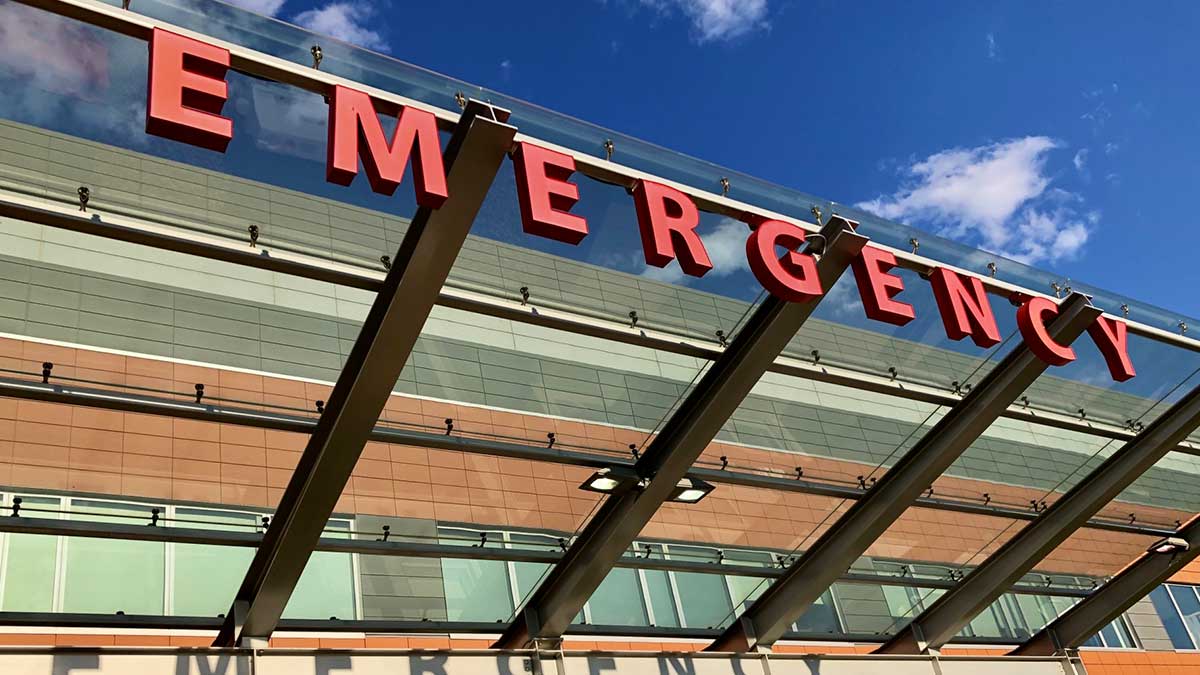 France closed its borders to the UK on Friday evening and on Saturday, London Mayor Sadiq Khan declared a “major incident” as Covid-19 hospital admissions rose 30% in a week. The National Health Service reported seven people have died from the Omicron variant and believe that “hundreds of thousands” of cases are going unreported. Cases are expected to grow at a dizzying rate well into January.

On Friday, Bedford told reporters that 50 percent of new Covid-19 cases in King County, were likely Omicron and doubling every 2.4 days. The next day, Pavitra Roychoudhury, MSc, Ph.D., of the University of Washington Virology Division tweeted that Omicron was 50 percent of all cases in Washington.

“Attack rate,” is how much of the population will be infected – and Bedford predicts that half of the United States population will catch the Omicron variant. Because the United States does not take a national approach to genomic sequencing, and not all hospitals test patients for COVID at admission, the number of people already hospitalized is murky. From the earliest reports, the hospitalization rate was between 2% to 5%.

There was little good news to be found over the weekend on the impact the new wave is going to have on the United States. In the Northeast, Mid-Atlantic, and Great Lakes Region hospitals are already at or over capacity and receiving additional aid from FEMA. Many states are struggling with dwindling testing funds and a lack of data because tracking systems were dismantled over the summer.

In a series of studies, only Sotrovimab, produced by GlaxoSmithKline, showed promise against the fast-spreading variant. The monoclonal antibody received Emergency Use Authorization ( EUA) from the U.S. Food and Drug Administration (FDA) on May 26. Health and Human Services (HHS) reported they would be distributing 55,000 doses across the United States this week, with Washington receiving 552.

Back in the UK, the National Health Service reported that on any given day, about one percent of the national health force would be absent from work due to illness. In London, the number of workers calling out sick surged 40 percent. In the United States, healthcare workers have been fleeing the profession for years, while nurses have complained about short staffing for over a decade. Area hospitals will be impacted dramatically if Omicron starts to infect their workforces.

HHS reported over 68,000 people were hospitalized with COVID across the United States. Statewide on Friday, only eight percent of acute care and 12 percent of ICU beds were available. In King County many hospitals are already at or above capacity, but not due to COVID patients. A shortage of staffed skilled nursing and rehabilitation beds has left patients ready for discharge nowhere to go.

Over the summer when patient loads were lower, the Delta wave brought Oregon and Washington hospitals to the brink of crisis standards of care while collapsing the healthcare systems in Idaho and Alaska. Hospitalization rates for COVID and non-COVID patients are already much higher as the region prepares to face the biggest challenge yet.

According to HHS, EvergreenHealth Kirkland had 19 acute care beds available while Overlake had 17. Both hospitals were reporting ICUs near capacity with 3 beds at Evergreen and 4 at Overlake.

During the Delta surge, states learned that activating the National Guard for nurses and doctors was a poor option. Trained hospital staff who are “weekend warriors” were frequently already supporting surging hospital admissions. The activation in some cases made staffing situations worse.

King County residents vented their frustration on social media about the inability to get a booster shot, find home COVID antigen tests, and PCR test results being delayed. In other circles, Seahawks fans raged against the scheduling change against the Rams due to coronavirus.

Officials in the UK pleaded with government officials to implement further public health restrictions to stem the tide of new cases, as models indicate that by January, the island nation could see 3,000 to 4,000 new hospitalizations a day. Londoners were already starting to deal with closed shops and restaurants, and delays in services because so many people have been sickened.

It is unlikely any additional restrictions will be implemented across the United States, where COVID has been turned into a political weapon. The U.S. Department of Homeland Security (DHS) indicated in a Nov. 10 memo, “If a new COVID-19 variant emerges and new public health restrictions are imposed as a result, anti-government violent extremists could potentially use the new restrictions as a rationale to target government or public health officials or facilities.“

Numerous studies and growing real-world data from Africa and Europe indicate that immunity from prior COVID infections or vaccination without a booster provides enough protection to prevent severe COVID symptoms that result in hospitalization and death. Booster shots ideally received within the previous 12 weeks, boost immunity for more.

For people relying on viral vector vaccines such as Johnson & Johnson, AstraZeneca, or Russia’s GNCEM, there appears to be even less protection without a booster. On Thursday, The Centers for Disease Control (CDC) endorsed the recommendation from the Advisory Committee on Immunization Practices (ACIP) to recommend the mRNA Pfizer and Moderna vaccines over Johnson and Johnson. The decision was made due to the waning effectiveness of the J&J vax and nine confirmed fatalities, seven women including one from Seattle, and two men, from vaccine-induced immune thrombotic thrombocytopenia (VITT).

A study published on Dec. 14 found that Moderna with a booster provided the best protection from Omicron, followed by Pfizer with a booster, and then Johnson & Johnson with a Moderna booster. The study also evaluated individuals who had a previous COVID infection and then got vaccinated. They found that immunity was better than vaccination without a booster, but not as robust.

Real-world data from Europe and Africa indicate that relying on immunity from a previous COVID infection is offering little protection from becoming symptomatic. Epidemiologists have stated it is possible to be infected with the Delta and Omicron variants at the same time. It also appears that natural immunity from Omicron won’t protect a person from a later Delta infection.

“The study finds no evidence of Omicron having lower severity than Delta, judged by either the proportion of people testing positive who report symptoms or by the proportion of cases seeking hospital care after infection. However, hospitalisation data remains very limited at this time.”

The challenge for the public and health experts is comparing the current global wave to previous spikes in COVID cases. During the original wave in the spring of 2020, no one had any type of immunity. When the Alpha and Beta waves came in the winter of 2020, vaccines were just rolling out. When Delta arrived the variant was more transmissible and more severe than prior strains. It also was capable of nibbling around the edges of vaccine protection due to its mutations.

Omicron has arrived in a population that has received a variety of mRNA and viral-vector vaccines with different doses as well as disease acquired immunity from different strains. The timing of receiving a vaccine, prior infection, or a combination also impacts how much immunity a person has.

Many people are more mobile and have returned to work and school while simultaneously taking fewer precautions. An additional challenge is the rate of vaccination is not homogenous, with highly vaccinated communities adjacent to vaccine-resistant populations.

All of these factors are obscuring the true nature of Omicron and because the United States does a poor job of genomic sequencing in some states, little is known about the current hospitalized population and which variant patients have.

Researchers are watching King County closely for several reasons. The region is a leader in genomic sequencing and research. As Omicron moves through the region it will provide critical data to build a better understanding of transmissibility, the impact on public health measures, prevention and treatment, and how severe Omicron is. King County is highly vaccinated, but has pockets of low vaccine acceptance, providing a more realistic cross-section. Finally, New York City is almost unique compared to other US cities due to its size, reliance on public transit, and the number of people who live in buildings with communal areas.

County health officials continue to appeal for people to get vaccinated and get a booster shot if they are eligible. They recommend frequent hand washing and wearing an N-95, KN-94, or KN95 mask whenever you’re out of your home, and to stop using cloth masks. When it comes to Christmas and New Year’s celebrations and travel plans, it is recommended to test the day off and celebrate outside or in well-ventilated indoor areas.

Because of the systems put in place by King County Public Health and supported by County Executive Dow Constantine, the region is better prepared to provide vital data to the rest of the nation. It is very likely that by Christmas, Seattle will feel a lot more like March 2020 than December 2021.

BREAKING: King County residents are urged to prepare for the largest COVID wave to date